Grub > Soft Drinks > The Force is With Star Wars Coffee

The Force is With Star Wars Coffee 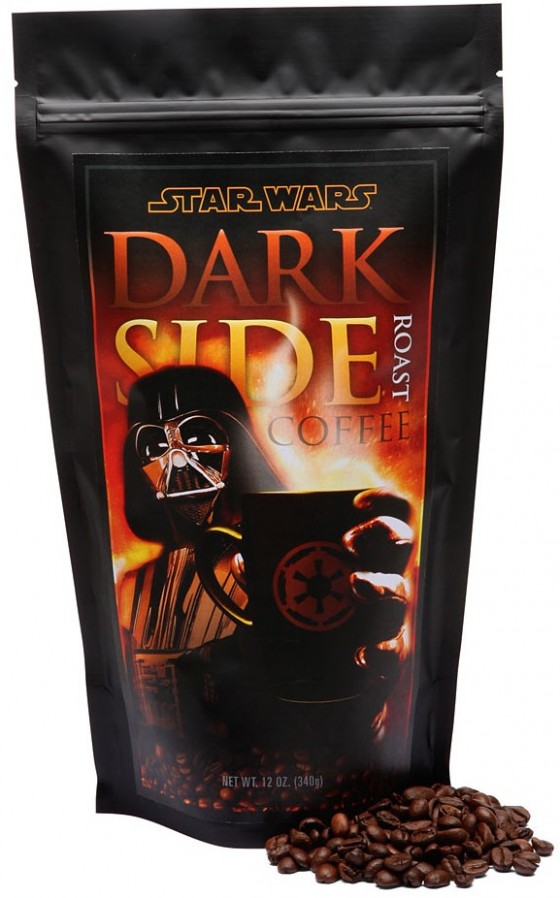 There is very little that can sway me into giving a positive review to a coffee other than the taste, which may seem obvious, but I’ve found that labels sometimes make an impact on critics. So when ThinkGeek released the Star Wars Dark Side Roast Coffee, I was giddy from a nostalgia perspective but skeptical of the blend. The beans could have been a womp rat’s turds, for all I knew, packaged together to make yet another buck off of a galaxy far, far away. 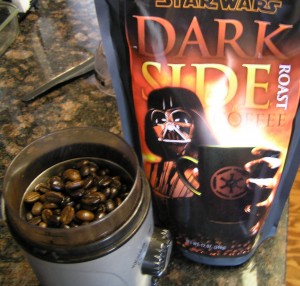 Three different beans from Africa and Indonesia and two different roasts ground together led to a very pleasant surprise, the kind of coffee the Rebel Alliance would drink. Other than the fact that it doesn’t have a ‘Fair Trade’ sticker on it – meaning that enslaved Ewoks could have been forced to bag it, I suppose – ThinkGeek and Stauf’s Coffee Roasters didn’t cut any corners with the taste of these 12 ounces of whole beans.

It’s obvious that the initial appeal of this coffee is Darth Vader on the package, but it contains quality beans that any coffee drinker – Star Wars fan or not – would enjoy.

I suggest purchasing a couple of these as part of a gift bag for a Star Wars fan and coffee lover. When they’re done drinking it, they’ll still want to keep the package and maybe even frame it.

Get your Star Wars Dark Side Roast Coffee at ThinkGeek.com.