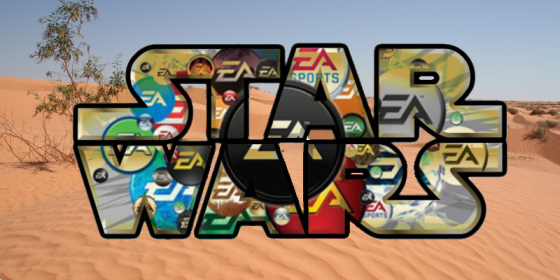 Evidently, the highest bidder for the rights to continue producing Star Wars games has now gone to Electronic Arts. This would seem to make the sad death of games production at LucasArts all the sadder to long time fans. First, the people who sort-of stood by Tiger Woods during various scandals (yet inexplicably never updated the Tiger Woods golfing games so that you could nail a Perkins waitress and avoid your model wife throwing a club at your head) will be responsible for trying to bring the Star Wars experience into your home. 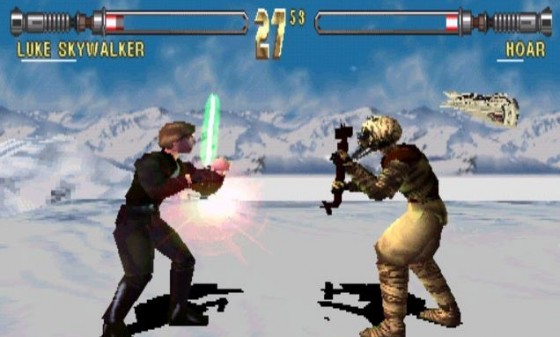 This may well bring us back to the days of light sabers not actually cutting off limbs and Tusken Raiders being named after women who provide sexual favors by an hourly rate. Electronic Arts assures us that they are all really huge fans and their sincere interest is in creating ‘original’ games which we will all love. We are presuming that these are the same people full of love and affection who actually produced a faithful reproduction of the Halle Berry Catwoman movie as a game? 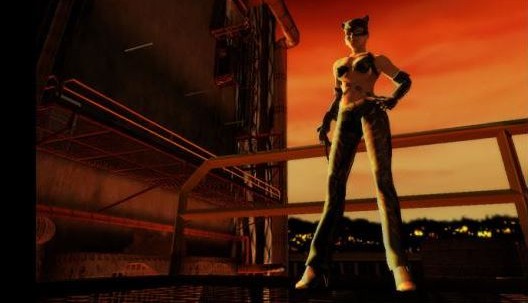 On the upside, the bikinis in Princess Leia’s Slave Girl Kickboxing should be somewhat accurate. We can only hope that this supposed love of the source material will include someone who has actually in some way either read or seen any of it. It is a little hard not to be critical of a company that thought Dante’s Divine Comedy was actually a proper source material to come up with a hack and slash adventure game through hell. The kids, the kids should have really loved that one. 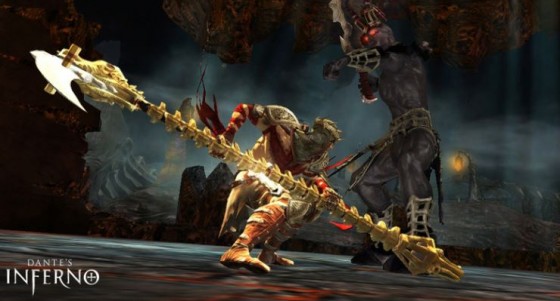 It is a scenario in which you actually hope on some level that they stick to something along the lines of Anakin Skywalker’s Pod Racing for the larger course of their run. At least, the sports genre with Greg Proops commentating wouldn’t be too terrible. The scary thing is that Electronic Arts is actually well versed at picking up movie properties. A few of the results have been decent. However, are you really raring to play Star Wars Trilogy from the same people who gave you Die Hard Trilogy? 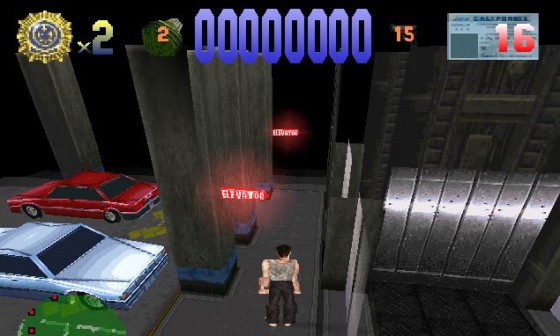 To review, Die Hard Trilogy took you through all three existing Die Hard movies (at the time) in successive stages. By successive stages, we mean that they called each movie a different stage with some sort of plot involved. How did it actually play out? The first two movies were played as a third person shooter. This means that you did exactly the same thing, just with a different pixellated environment.

In the Die Harder segment, it was supposed to be like an airport or some junk as opposed to a building or some junk. The third segment was the best and by ‘best,’ we of course mean the most ludicrous in order to make jokes about it. The folks at Electronic Arts must think that actually watching the films is for the same type of G-string wearing pansies that read the instructions before building a kids bed. The entire Die Hard With A Vengeance plot concerned riding around New York City and defusing bombs at the same time, because as every one knows, Die Hard With A Vengeance was the 1990s version of the Fast and The Furious. 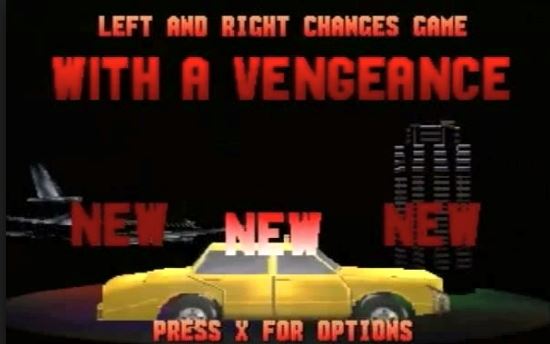 We can’t wait to see Return of the Jedi played out completely on a land-speeder driven by Han Solo with Chewie riding shotgun. They might even want to include Mace Windu just because they already have a Samuel L. Jackson graphic laying around somewhere from the Die Hard game.

Never in the history of Star Wars gaming has anyone wanted a company to strictly focus on a game playing songs with the Max Rebo Band before they took off with a Pulp Fiction-esque escapade through Mos Eisley. 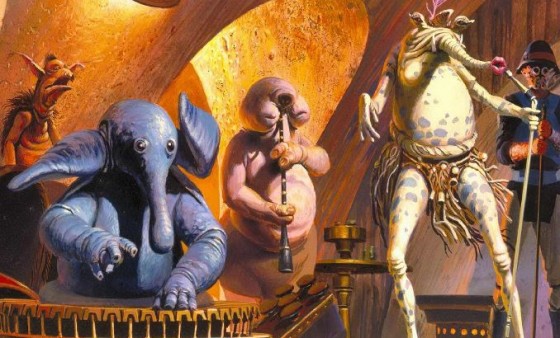 Max Rebo, Max Payne… it’s all the same thing right? Of course, you can argue that gaming has come a long way. Electronic Arts is a modern company. Their current track record is awesome. After all, it’s not like any one has bitched about the multi-player Mass Effect 3 Galaxy At War Option have they? 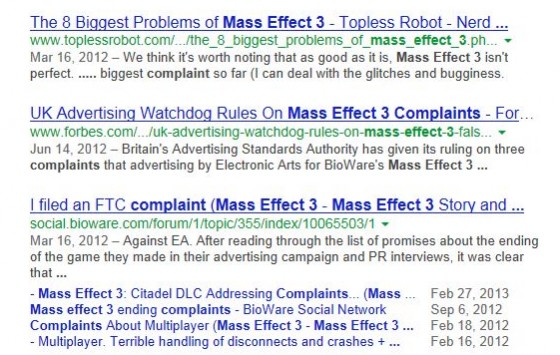 At the very least when the inevitable MMORPG that allows you back into the Star Wars universe arrives, then you should be free to be a miner or serve drinks to bounty hunters until you can level up to the point of getting blown up after you swab the deck of a nearly built Death Star. It’s about as realistic as a Moisture Farmer turned Jedi, right? At this point and time, these guys can then determine whether or not you knew what you were getting into. 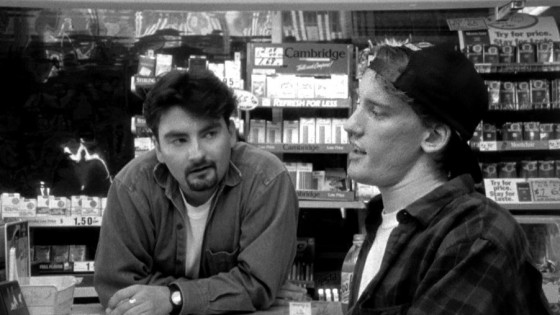 Again, there have been successes like Medal of Honor and The Sims which might actually lend some credence to allowing Electronic Arts to play around in the beloved Star Wars universe. The over-riding suspicion though is that they will actually manage to turn Mace Windu into Shaq Fu. 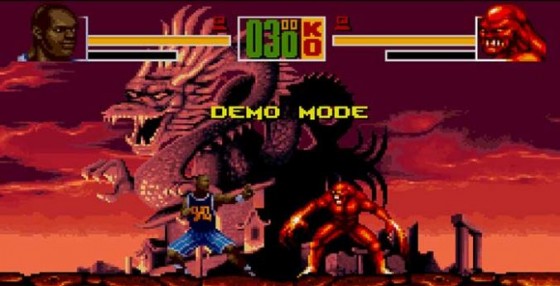 People be all like “I be getting my Jedi on.” On some level, you would have to love any company potentially bold enough to bring you Ben Kenobi’s Light Saber Fighting or Make-Up With Princess Leia. The problem is that Star Wars fans have a desperate need to be taken somewhat seriously. Electronic Arts seems to have a need to take one single idea and update it as a new game every year. They are also big on letting you ‘play the movie.’ The really scary part about this is that Star Wars Episode VII is coming out in 2015, with additional Star Wars titles to follow.

In 2005, Electronic Arts produced a game based on Batman Begins, which itself isn’t a problem. However, in 2008 Electronic Arts announced (yet did not actually bother to produce for whatever reason) a game based on The Dark Knight. The Dark Knight went on gross over a billion dollars world-wide, but probably lost easily a hundred million dollars of revenue with out a game tie in. Can you even begin to imagine that a Star Wars movie would come out without a video game tie in, even if it is lame one? In the world of Electronic Arts, it is a reality fierce enough to wipe the smile clean off of the Joker’s face.

Of course, we could be wrong as long as you are seriously ready for the possibility of Mace Windu Fu.