When I thought the Force FX Lightsaber was the closest thing to a real lightsaber, something new just came along at ThinkGeek. Let me introduce you to the Force FX Removable Blade Lightsaber. Yes, you can remove the blade and just have the metallic hilt on display or on your hip. Either way you rock the hilt, with blade or without the blade, it is badass. It’s an authentic licensed collectible from Lucasfilm. The FX Lightsaber with the removable blade comes in three styles. There is the Anakin Skywalker style from Revenge of the Sith (Blue Blade), the Darth Vader style from A New Hope (Red Blade), or the Obi-Wan Kenobi style that is seen in multiple films (Blue Blade). 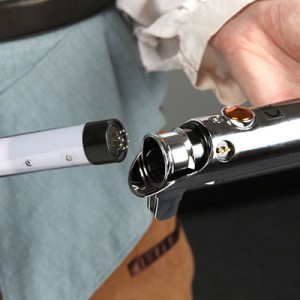 The lightsabers feature four motion sensor-controlled sound effects: Power-up, idle hum, clash and power-down. Each swing of your lightsaber will produce its own sound effect. The sounds are authentic and were digitally recorded from the Star Wars saga. 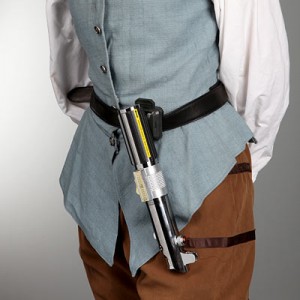 The lightsabers come with a display stand, belt clip, and an emitter insert for when you take the blade out off the hilt. The lightsaber requires three AAA batteries. Check out ThinkGeek.com to pick up the new version of the Star Wars Force FX Lightsaber. With Halloween right around the corner, this will be a great addition to your Star Wars costume.