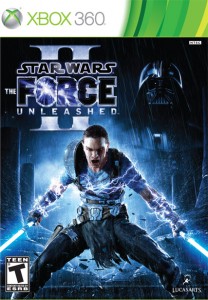 Lucas Arts presents The Force Unleashed II (Buy from Amazon), the followup to their smash hit The Force Unleashed. You again play as Starkiller, who is Darth Vader’s apprentice. This time you are a clone of Starkiller from the first game. You have to escape from Kamino, set out to learn your true identity, and look for your love interest, Juno Eclipse. This game takes place a few months before A New Hope (the original Star Wars for the geek illiterate). 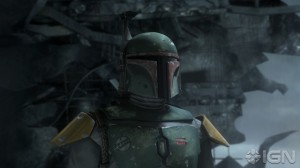 Just as in The Empire Strikes Back when Vader was obsessed with finding Luke, he has the same obsession to find Starkiller. Vader hires Boba Fett to locate Juno Eclipse so that Starkiller will want to rescue her and bring himself out in the open so Vader can confront his one time apprentice. This is pretty badass since you have to take down Vader and Fett all in the same game. But you have some help in your mission. There still are some Jedi that can help you on your path. Jedi Master Rahm Kota needs your help and will then give you some guidance as well as Master Yoda. This is a fanboy’s dream come true. 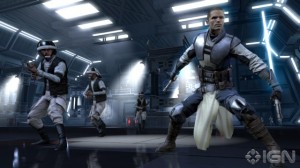 If that alone doesn’t get you giddy, then how about the fact that Lucas Arts has created new improvements to the game and it lets showcase more of Starkiller’s skills. You can even pilot a TIE Fighter. There are challenging levels and riddles you need to solve along the way and you now wield two lightsabers for extra havoc that you can perform on anyone or anything that gets in your way! Plus you can use the ole faithful Jedi Mind Trick on weak-minded fools. There is also the Force Fury power added to the game which showcases your dark side. 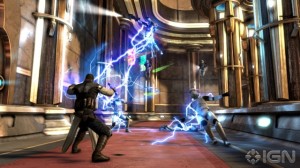 I love the game play and story that Lucas Arts has created in The Force Unleashed II. Whether you are a fan of the Star Wars saga or a gamer, you will want to play this game. Check out the trailer below to get you ready for when the game comes out!