Media > Movies > Star Wars. In Concert. I Can Die Now.

Star Wars. In Concert. I Can Die Now. 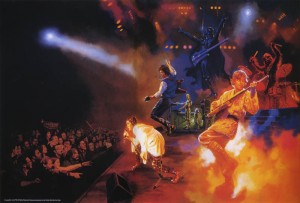 Could that bassoon have come in any more late? Laser effects, mirrored balls…John Williams must be rolling around in his grave. News of this debuted about a week ago, but more details are leaking out about Star Wars: In Concert, an enormous production featuring a live symphony orchestra, movie clips, a choir, and narration by the one and only Anthony Daniels. That is on top of an impressive exhibit of Star Wars memorabilia. A must see for any hardcore Star Wars fan. The tour begins on October 1, 2009 at Honda Center in Anaheim, California and is chock full of John Williams’ trademark songs synchronized in front of specially edited footage from the six Lucas films. In addition to the music, the walking museum of Star Wars goods will include such interesting pieces such as (and available for the first time ever) pages from John Williams’ original hand-written sheet music for Star Wars: Episode I The Phantom Menace. Here’s a proposed schedule:

Still not sure what to expect? You might think it will look much like the picture to the top right (sans the Darth Vader harness. I mean the man can Force lift himself). But here’s a better idea of what you might experience:

You can check out more info at the official site. Although I’m still waiting for the Broadway play with Nathan Lane. Either that or the Howard The Duck: The Musical. 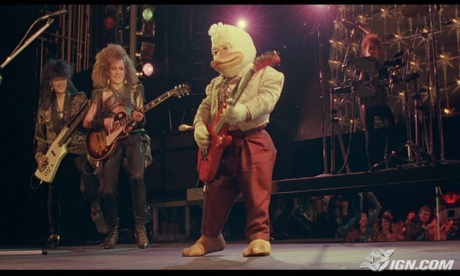