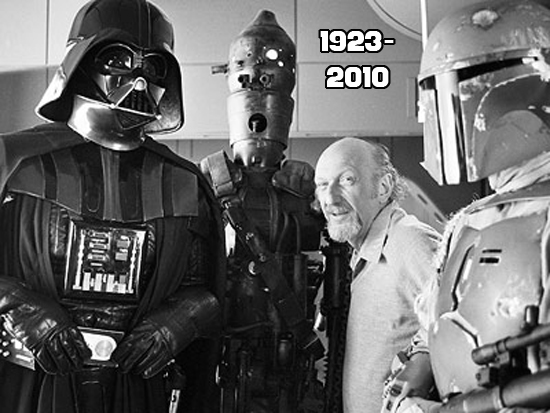 Ask any true Star Wars fan to name their favorite film of the saga, and anyone worth his salt will immediately say, ‘Empire’. Why? Why do so many point to the one film in the original franchise with such a sorrowful, downtrodden conclusion? Why do so many pick the second movie (actually part five) when the previous is the series original and the following features the epic battle on Endor? I’ll tell you why: Irvin Kershner.

George Lucas smartly decided that an outside director needed to be called in to assist him in making Empire -a far more ambitious and big project- better than ‘A New Hope’, which had given Lucas the freedom to make his story how he felt it ought to be seen. Kershner was soon brought on board and cinematic magic would, eventually, happen. For a full story on the production woes and behind the scenes information, check out this Wiki entry. And this.

“Of all the younger guys around, all the hot-shots, why me?”

Lucas replied, “Well, because you know everything a Hollywood director is supposed to know, but you’re not Hollywood.”