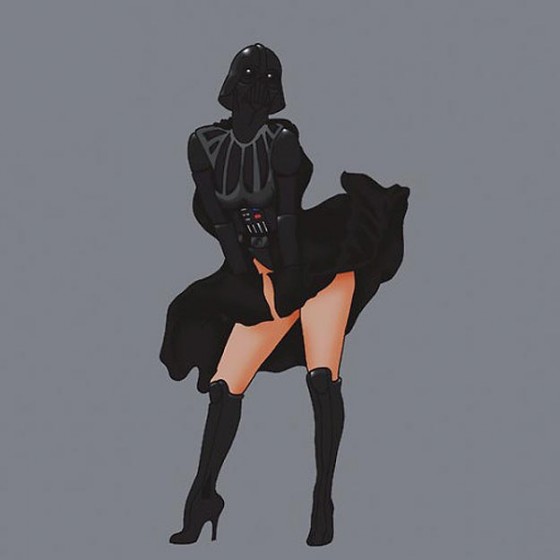 Today is the 35th Anniversary of the Star Wars Saga, so we thought we’d celebrate in the creepiest way possible – with Pin-ups of male characters in their sexy female form. Yeah, we have a confused boner too.

These illustrations, created by Andrew Mark Hunter, were released as a series of iPhone cases several months ago. Apparently they were very successful because now they are being offered as t-shirts, that you can purchase for $24 on Red Bubble.