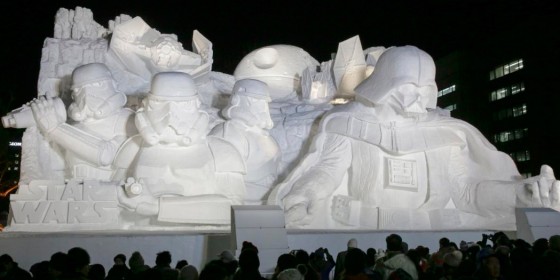 The Sapporo Snow Festival in Japan attracts 2.5 million visitors each February with its amazing display of over 200 snow and ice artworks. We’ve featured creations from the festival before, but this is clearly our favorite.

This Star Wars sculpture is dedicated to the dark side, featuring Darth Vader, Storm Troopers, Tie Fighters, The Executor and even the Death Star… all made out of snow! This frosty Empire is obviously creating a major buzz on the internet and helping to attract even more visitors to the Sapporo Snow Festival. 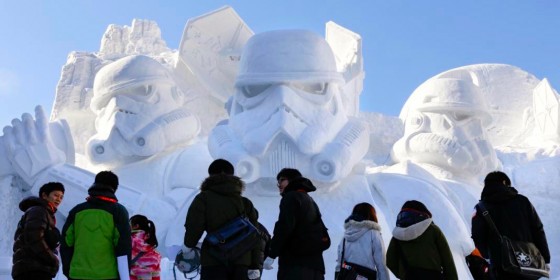 The Star Wars snow sculpture was created by some 400 Japanese Self-Defense Force troops, who volunteered for the month-long operation of piling up 3,500 tons of snow and carving it into an artwork of 15 meters (49 feet) in height, the biggest ever in the 66-year old annual festival, organizers said.

This amazing creation was even approved by Lucasfilm and Disney. I guess when you’re going to put that much effort into a work of art, you want to make sure the mouse doesn’t make you melt it down before anyone even sees it.