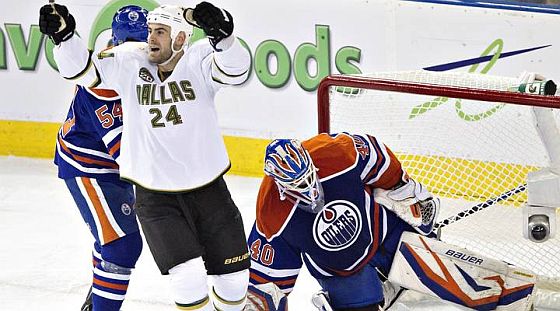 Brenden Dillon may only be in the first 14 games of his first professional season, but he may already have made the best shot of hit young career. With Dallas down one in the second period, Dillon took the shot and saw the puck cross into the goal, after bouncing the shot off the glass behind the net and off the goalie’s back. It isn’t the prettiest shot we’ve ever seen, but we’re sure Dillon will take his second career goal any way he can get it.