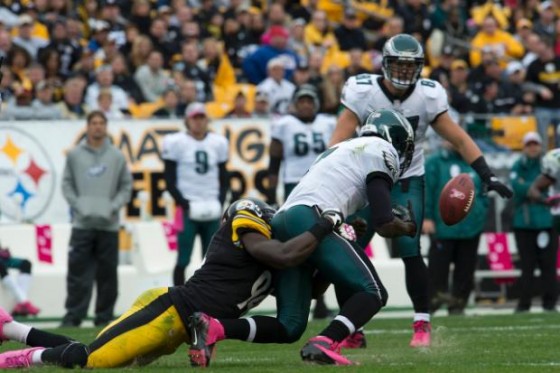 This past weekend the Pittsburgh Steelers hosted intrastate rivals, the Philadelphia Eagles. A game-winning field goal by Pittsburgh kicker Shaun Suisham allowed the hosts to emerge with an ugly 16-14 victory.

As expected when Pennsylvanians are allowed in public, the drinking began early in the tailgate lots outside Heinz Field. These two videos, one shot by Eagles fans, the other by Steelers fans, manage to demonstrate nearly every stereotype we have about these two fan bases.

Of course, any footage of Eagles fans comes with a warning for foul language.