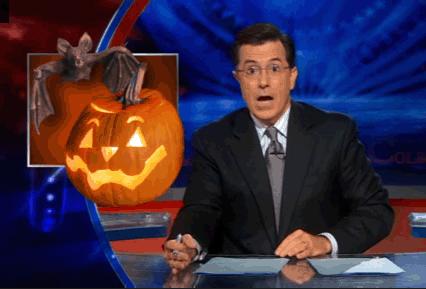 America loves wars, be they real, imagined or ones trumped-up by media outlets starving for ratings in an age of information run amok. The “War on Terror,” “War on Corporations” and “War on Ring-Tailed Lemurs” are just some of the fronts being contested across the globe. It’s gotten so bad even our tried and true holiday traditions are under attack. Watch in horror as Stephen Colbert exposes the ghouls and goblins responsible for perpetrating the “War on Halloween” in this classic clip…