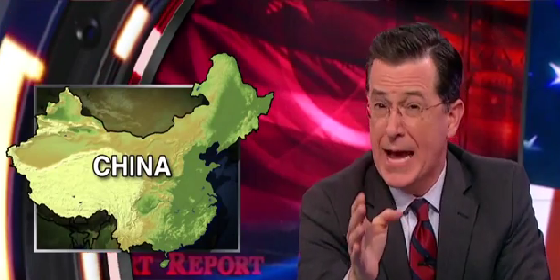 On March 28, 2014, conservatives and other people on Twitter and Facebook decided to stir up some phony outrage because not a whole lot else is going on as far as they’re concerned. That evening Stephen Colbert mocked the questionable effort by Dan Snyder to change the potentially offensive nature of the Washington Redskin’s name by founding an organization called “Washington Redskins Original Americans Foundation.”

In a manner which in context makes perfectly clear he was not actually defaming Asians or Asian-Americans, Colbert brought up a nine year-old clip where he was doing a campy Asian stereotype character and then claimed he was starting the “Ching-Chong Ding-Dong Foundation for Sensitivity to Orientals or Whatever.”

People have since been straining themselves trying to find an angle to be offended by this obvious joke made by a character that transparently is not meant to be taken at face value. Probably with visions of the Paula Dean scandal and coverage gleaming in their eyes and making their mouths water, they have tweeted and commented on Facebook like mad. And I don’t just mean they’ve been doing it a lot: I mean the sentiments they’ve been expressing are sometimes crazy. Probably intentionally since anything more restrained would be less likely to get faved or shared.

Yes, clearly the thinking behind exclusionary acts and murder of Vincent Chin was “Let’s illustrate how racist this wrongheaded gesture is by doing a burlesque version of racism while portraying a parody character!” How very meta of those racists.

Bewilderingly, people have also been claiming that Colbert’s tweet was somehow offensive to transexuals. 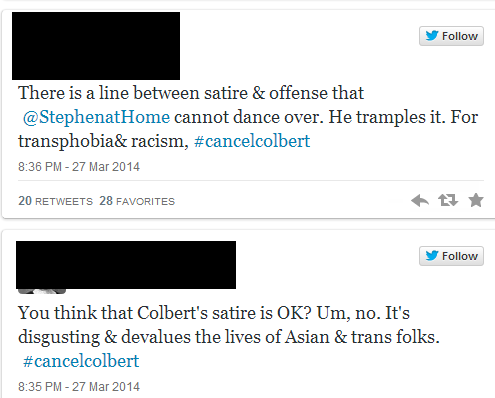 No doubt much more offensive to these people than what Colbert said was the fact their profile names have been censored by us. How are they supposed to get undeserved followers if we don’t make it easier for people to be directed to their pages? Also, how these protesters did not suffer fatal offense overdose in response to South Park’s jokes involving Eric Cartman, Borat, The Chapelle show, or Louis C.K. in general is beyond us, unless you consider that maybe they know that in context, being offended by this malarkey if you’re anyone but a member of Dan Snyder’s organization is ridiculous.

We’re gonna go out on a limb and guess that #cancelcolbert will not, in fact, lead to the cancellation of jack squat. In fact, possibly the whole thing was created by Comedy Central intentionally. We don’t know. Clearly this calls for the creation of the “Comedy Central Investigation Department by Dummies with too Much Time on Their Hands.” 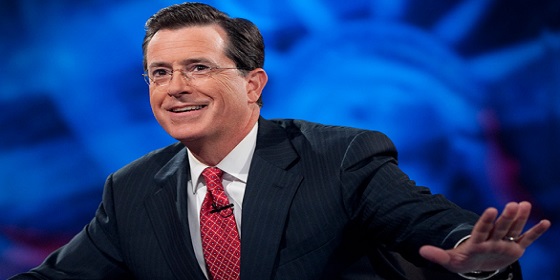