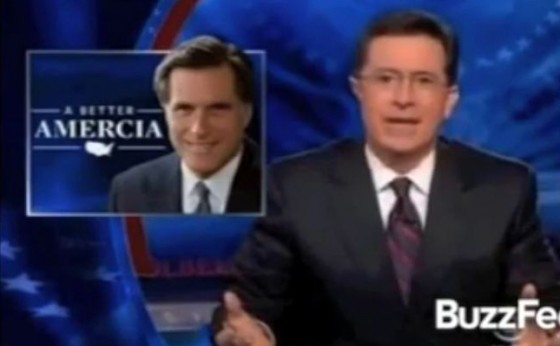 The lead-up to November in an election year is always a perilous, pitfall-filled path for the candidates. The slightest faux pas will be magnified and driven into the ground by those clever enough to exploit the blunder. Like the Mitt Romney phone app that misspelled America as “Amercia.” A Better Amercia. The kind of Amercia where would-be Presidents employ dipshits who don’t know how to spell or proofread. But it’s not all bad for the top Republican, because Stephen Colbert did the courtesy of rewriting “America the Beautiful” to reflect Romney’s Amercia.