Almost 30 years ago, in February 1985, and a year after the launch of the Apple Macintosh and its famous Super Bowl commercial, Steve Jobs sat down with Playboy magazine’s David Sheff for an interview. Much like Jobs’ other celebrated commencement and keynote speeches, there is a lot to draw from, and dare we say, some passages of profundity. But even moreso, passages of prognostication.

With a paperwhite screen, small pictures to represent program choices and a “mouse” (a small rolling box with a button on it) to make selections on the screen, the Mac… Maybe we should pause and get your definition of what a computer is. How do they work?…Why should a person buy a computer?

…Jobs interjects his vision of the future. And a spot-on one at that, making Nostradamus look a bit like a cheap hack.

To be sure, Jobs was not the only person spouting similar ideas back then, so to attribute these to he alone is a bit of an injustice. But he was the first spokesman of the impending information age. He laid it out there for the world to see, and guess what, he was right.

Here are Steve Jobs’ Ten amazing predictions from way back in 1985, coupled with some amazing fan art that flooded the web in tribute after his death.

1) Impact on the Future

“We are aware that we are doing something significant. We’re here at the beginning of it and we’re able to shape how it goes. Everyone here has the sense that right now is one of those moments when we are influencing the future.” 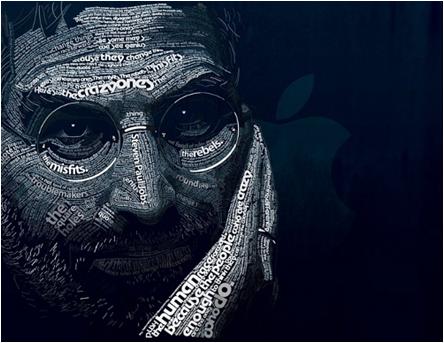 2) The Ubiquity of the Computer

“We think that computers are the most remarkable tools that humankind has ever come up with, and we think that people are basically tool users. So if we can just get lots of computers to lots of people, it will make some qualitative difference in the world. What we want to do at Apple is make computers into appliances and get them to tens of millions of people. That’s simply what we want to do.” 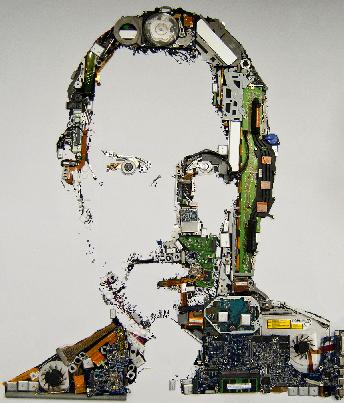 “The primary reasons to buy a computer for your home now are that you want to do some business work at home or you want to run educational software for yourself or your children…This will change: Computers will be essential in most homes.” 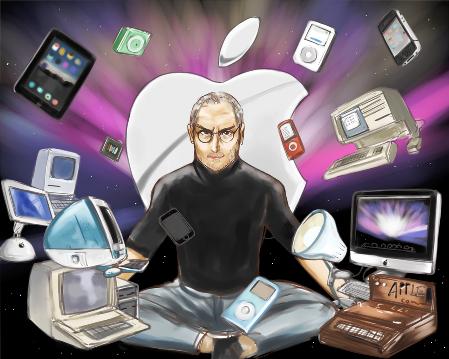 4) The Explosion of the Internet

“The most compelling reason for most people to buy a computer for the home will be to link it into a nationwide communications network. We’re just in the beginning stages of what will be a truly remarkable breakthrough for most people‐‑as remarkable as the telephone.” 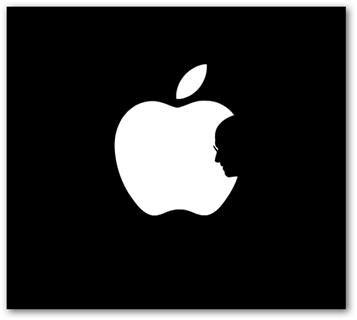 “Wait till we do it‐‑the power of a Macintosh in something the size of a book!” 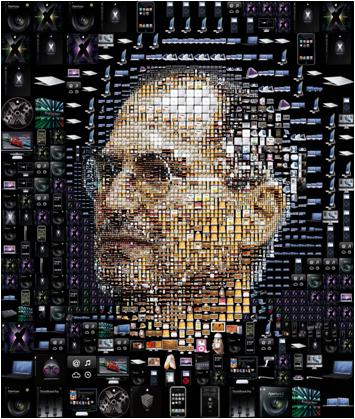 6) The iPhone, Mobile, and the Cloud

“The developments will be in making the products more and more portable, networking them, getting out laser printers, getting out shared data bases, getting out more communications ability, maybe the merging of the telephone and the personal computer.” 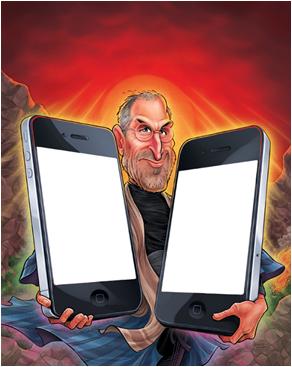 7) Computers Will Anticipate Our Needs

“Thus far, we’re pretty much using our computers as good servants. We ask them to do something, we ask them to do some operation like a spread sheet, we ask them to take our key strokes and make a letter out of them, and they do that pretty well. And you’ll see more and more perfection of that‐‑computer as servant. But the next thing is going to be computer as guide or agent. And what that means is that it’s going to do more in terms of anticipating what we want and doing it for us, noticing connections and patterns in what we do, asking us if this is some sort of generic thing we’d like to do regularly, so that we’re going to have, as an example, the concept of triggers. We’re going to be able to ask our computers to monitor things for us, and when certain conditions happen, are triggered, the computers will take certain actions and inform us after the fact. “ 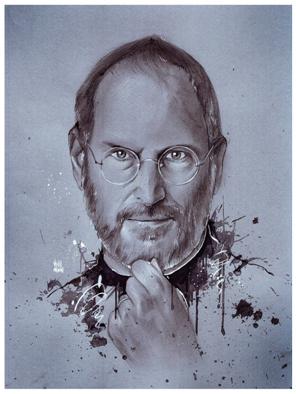 “Simple things like monitoring your stocks every hour or every day. When a stock gets beyond set limits, the computer will call my broker and electronically sell it and then let me know.” 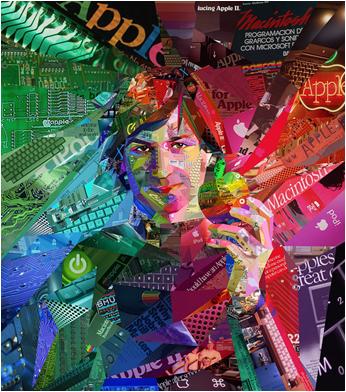 9) The Future of Apple

“I do feel there is another way we have an effect on society besides our computers. I think Apple has a chance to be the model of a Fortune 500 company in the late Eighties and early Nineties. Anyway, one of our biggest challenges, and the one I think…I should be judged on in five to ten years, is making Apple an incredibly great ten- or 20-billion‐dollar company. Will it still have the spirit it does today?” 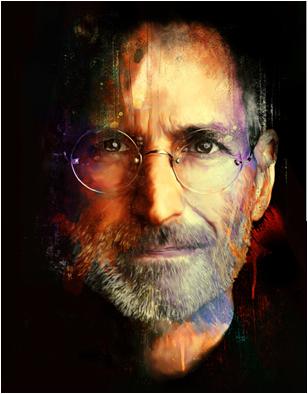 10) The Future of Steve Jobs

“I’m not sure. I’ll always stay connected with Apple. I hope that throughout my life I’ll sort of have the thread of my life and the thread of Apple weave in and out of each other, like a tapestry. There may be a few years when I’m not there, but I’ll always come back. And that’s what I may try to do. The key thing to remember about me is that I’m still a student.” 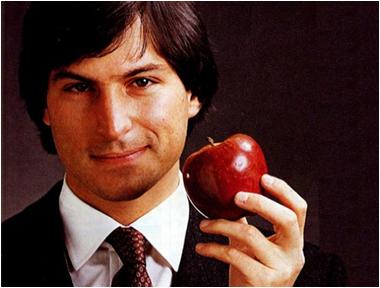