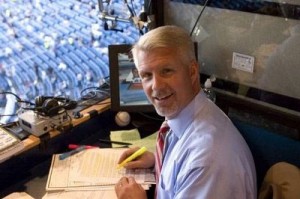 Unless you hate sports or live under a bridge with the troll that harasses Dora the Explorer, you’ve surely seen the story about how Steve Phillips has ruined his life.

Hook up with a rotund version of Glenn Close’s Alex Forrest character from Fatal Attraction? Check. End extra-marital tryst? Check? Have said mistress stalk your family (including trying to befriend son on Facebook and make harassing calls to wife)? Check. Get the cops involved? Check. Suspended by ESPN? Check. Couldn’t be any worse, right?  Wrong.

So now that we can assume Steve’s wife is going to take him for all of his worldly possessions, WEEI in Boston has posted some photos of this young lady…And it reaffirms what was suspected after his failed tenure as GM with the Mets: he was a pretty freaking bad judge of, uh, talent.  I mean, this is a guy who thought it would be a good idea to sign Mo Vaughn, Roberto Alomar, Bobby Bonilla, Kenny Rogers and Mike Bordick when each one of those guys were on their way to 40.  And in an even more brilliant move, he traded his best prospect at the time (Scott Kazmir) for the very mediocre Victor Zambrano in a deadline deal that accomplished absolutely nothing except for giving up a potential ace of his staff for a sorry retread.

And then today, this happened:

Editors Note : In a related story, someone pissed in A.J. Daulerio’s Wheaties over at Deadspin today, and he went ape shit all over the Worldwide Leader of Depravity. I guess the editorial point was to show the double standard on the conduct policies at ESPN, and the apparent lack of editorial policies at Gawker. I’m sure we’ll see more commentary on the Deadspin reaction than the initial Steve Phillips scandal, but I think the guy at Stupid Sports Blog is the early leader in the clubhouse.

Five of the Greatest Ever NFL Teams