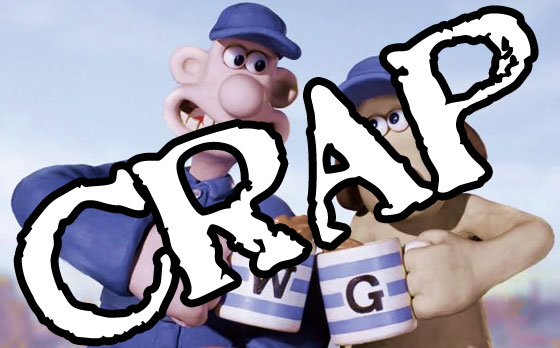 A plea to filmmakers out there: stop making stop motion animated films. They are creepy. The stories are awful. They scare children, who are initially attracted to these films because of the animation, only to later have nightmares about a choppily-moving pumpkin-headed creep of a character with jagged-edged hands and unnatural flexibility.

Anyone remember this? Didn’t think so.

Relative to other types of animation, there haven’t been that many stop motion animated films (only 11 full-length ones made in the past decade in the US), because they are costly and time-consuming to produce, and they generally don’t make anywhere near the amount of money other animated films make. Otherwise, studios would churn out more of these films, don’t you think? Would Shrek be the success it is today had it been made in stop motion animation? Not a chance. It would’ve made half its revenue (which would still be considered a success) and not been green-lit for three sequels. Imagine any of the Pixar films as stop motion animation. They would NOT have been as good, nor would they have made as much money, whether critics liked them or not.

Tim Burton realized stop motion animation is creepy enough to compliment his already dark and murky filmmaking style, so he embraced it. For Burton, it worked, and he made the ‘classic’ Nightmare Before Christmas, which found a huge cult following of people who cut themselves. He followed that up with Corpse Bride. Then came the equally creepy Coraline (which was Burtonesque but not his film), which sent kids screaming out of the theaters (and became a hit due to the 3-D). So, three highly successful stop motion animated films are dark and disturbing (keep on the lookout for Burton’s Frankenweenie which is destined to be in this same mix), which lends well to the argument that stop motion animation in general has a creep-factor about it.

Chicken Run was a cute film about a farm where they kill chickens. It made lots of money. But I’d bet my bottom dollar that if it used computer-generated animation, and didn’t have the boring British voices (or Mel Gibson) in it, far more people would’ve seen it. Wes Anderson lovers ate up Fantastic Mr. Fox, but the movie-going public didn’t, and it barely regained its budget at the box office. Quite a gamble to give an acquired-taste director a shot at directing an offbeat stop motion animated film meant for adults. Let’s see Anderson get the budget to make another one for his hipster fans.

While it’s true the amount of money a film makes doesn’t necessarily reflect its quality, it’s fairly typical in the world of animation that the good films make money and have merchandise that children demand. Way too much time and effort goes into production of these only to turn out a film that is loved by the critics but ignored by the public. So after years of analysis and being creeped out by these films, I can only conclude that stop motion animation sucks in general.

My mother brought me to the theater to see this when I was a kid. I would much rather have seen Bambi’s mother get shot or the wicked queen try to poison Snow White.