Stream It and Dream It with Fox Network and TV Everywhere 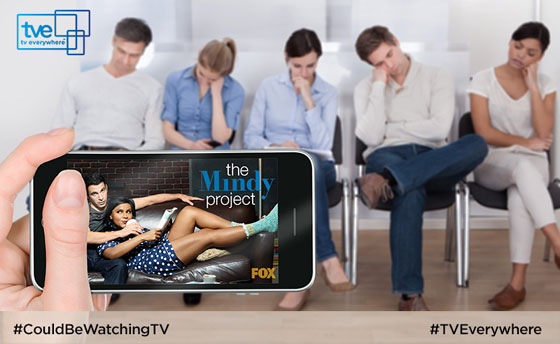 Did you know that you could be watching television through your smart phone or tablet anywhere you go? Instead of wasting time waiting at the Doctor’s office, you could be watching Doctor Mindy waste time at her own office while you wait. TV Everywhere is a benefit of being a cable subscriber and available at no additional cost, yet most people don’t even realize they have the capability :

“A study from HUB Research earlier this year indicates more than half of pay-TV subscribers are unaware of the features and capabilities of TV Everywhere, and nearly 60%  have never taken advantage of the  service, which is provided at no additional cost,” said John Lansing, President and CEO, CTAM.

The TV Everywhere site (www.youcouldbewatching.tv) will guide you through the log-in and authentication process online and direct you to the individual cable and networks apps so that you can start watching TV everywhere. 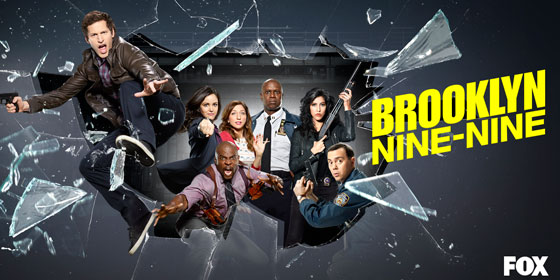 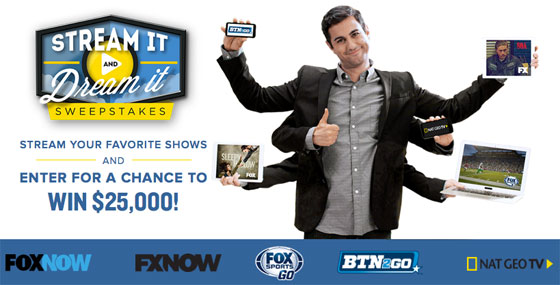 Ignorance of such awesomeness could be your ticket to winning $25,000 as Fox Networks recently launched the “Stream It and Dream It Sweepstakes,” a wide-reaching promotion designed to increase awareness of the Fox Networks TV Everywhere platform. Ending November 20th, the two-week promotion offers participating viewers a tool on StreamItandDreamIt.com that links directly to pay-TV providers to secure their personal User ID and Password information. Additionally, viewers who do not have pay-TV Sign In credentials will be able to access the content using a two-hour temporary pass. The content will include a promotion code that can be entered at StreamItandDreamIt.com for a chance to win $25,000! What are you waiting for?