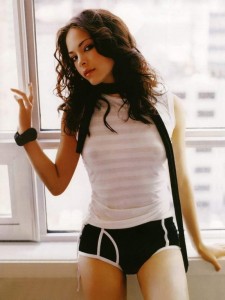 It’s been a week since the movie trailer of “Street Fighter: The legend of Chun-Li” was released, and we all know the gorgeous Kristen Kreuk will star as Chun-Li. While many die-hard Street Fighter nerds including myself are pissed off that none of the movie characters resemble any original arcade characters, we should be thankful that the movie looks nothing cheesy like the Van Damme’s version back in 1994. The movie will be released in Japan on February 29th and there will be no U.S. release, but expect a DVD release sometime in March.