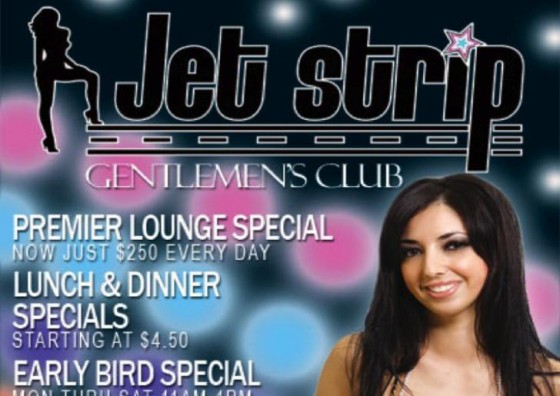 The Jet Strip (catchy), located near LAX in Lennox, California, ponied up a $1200 donation to help prevent the Lennox Little League from shutting down, thus providing hundreds of future strip club patrons the right to swing their bats and play with their balls.

But the bigger issue has to do with selling snacks, Roberto Aguirre says. Midway through last season, the school district, citing concerns about public health, quashed what has long been the league’s financial bread and butter: selling grilled foods such as hamburgers and hot dogs at the games. Now the league is restricted to selling packaged goods.

Is this what it’s coming to in our financially browbeaten country? You can’t even buy a $3 hot dog at a little league baseball game. What’s next, moving games to a parking lot? Sheesh.

It will take $65,000 to construct a snack stand that serves hot food, which once built would provide a steady stream of revenue that might keep the league from closing its doors permanently. Sadly, the amount is all but unreachable. Hmm…

Why not have the Jet Strip cater games? You know they have one of those kick-ass lunch/dinner buffets. Grab some of the ladies to help serve and, voilá! Problem solved. Because little league baseball and strippers go together like french fries and hamburgers.