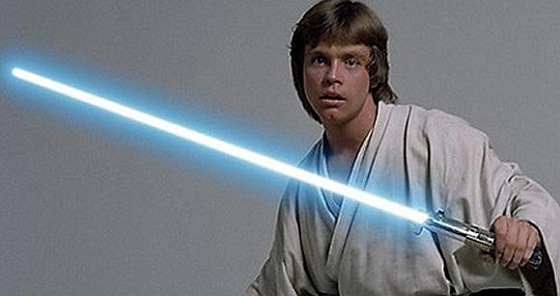 If you thought that the bog standard blue and red lightsabers seen in the 6 (soon to be 9) Star Wars movies were the only kinds that existed, first of all, congratulations on not slipping into the terrifying world of the Star Wars extended universe. Second of all, oh boy are you in for a treat. Although the regular, sword shaped lightsabers, or terror dildos as we like to call them are the single coolest fictional weapon in history, the extended universe ruins that image harder and faster than the HD version of Jar Jar Binks. Don’t believe us? Then check out these beauties.

The guard shoto is for all intents and purposes, a tonfa with a lightsaber blade instead of a huge heavy piece of wood. Which makes it the only time in history a weapon has been made less threatening and dangerous to an enemy by the inclusion of  laser technology. 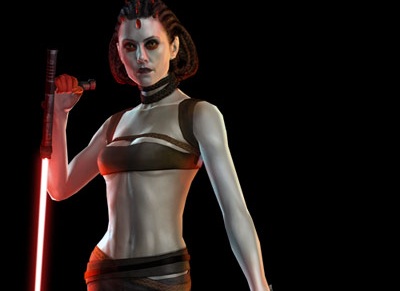 We’d have accidentally burned out dick off with this thing like 8 times already.

Now in our universe a tonfa is mainly used defensively, as its bulk can be used to easily parry and deflect blows that would otherwise, what’s known in the martial arts world, break the shit out of your forearms or face. This is due to the fact they’re usually constructed of dense wood or even carbonized steel. Offensively, it’s the momentum you’re able to create by twirling the tonfa via the handle that allows you to ninja slap your opponents.

Momentum, if you skipped that class in high school is a combination of velocity and mass, the heavier and faster something moves, the harder it is to stop. Lightsabers have virtually no weight though. So in effect, swinging one of these things is suicide, since the second the blade comes into contact with something it can’t penetrate straight away, it’s going to come swinging back towards your soft, easily cut in two torso. Sure lighstabers are supposed to be able to cut through everything, but that’s when you have enough force or leverage behind the blow. Darth Vader won half of his early lightsaber battles through the sheer strength of his robot limbs, Qui Gon Jin had to put all of his Liam Neeson powers behind his lightsaber to cut through a door.

The jokes on him, behind that door, it’s just millions of wolves.

Anyway you look at it, the first time one of those shot blades hits another light saber that has more force behind it (because it’s going to be being swung with two hands, baseball style) it’s going to bounce right off and puncture your lung. Then again, it’s not the stupidest way someone used lightsaber technology, that title goes to …

One thing all Star Wars material makes abundantly clear is that lightsabers will straight up end you if you get on the wrong end of one, which is why almost every Jedi and Sith in existence had the foresight to point the wrong end at their opponents balls. Note the use of the word “almost” there though, since some people realized that the only thing more dangerous than a blade of pure energy, was a flaccid blade of pure energy.

The only thing worse than finding out your girl has a lightsaber, is finding out it’s bigger than yours.

The lightwhip is a construct so immensely stupid, racists reading about it instantly gain IQ points to balance out the universe. It takes everything good about a lightsaber, mainly that it’s a beam of pure death you have full control over, and takes away the control part. Because if you want to scare an opponent, what better way to do it than by swinging around a flaccid stream of white-hot death that makes buzzing noises. This variation is so stupid we can guarantee that it will never make it into a live action film, because any fight scene in which it was featured would just look too much like a teenager chasing their friend around with their mother’s vibrator.