Media > Television > Two Stupid Shows That Are Still On TV

Two Stupid Shows That Are Still On TV

If we’re going to be honest, TV is a treacherous landscape filled with painfully bland sitcoms, cookie-cutter crime dramas, ill-conceived reality trash and ridiculously unwatchable game shows. For these purposes, we’re going to deal with the game show category, and two series that need to be canceled ASAP.

Minute to Win It 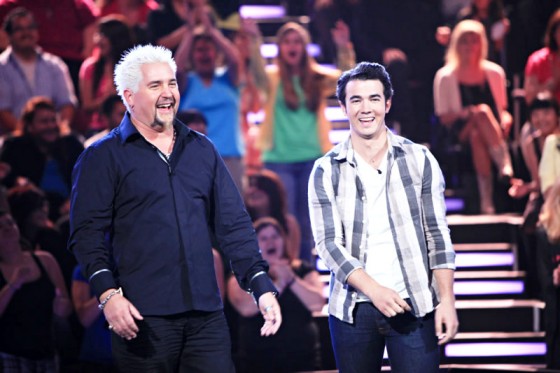 The “great minds” behind this show are laughing their asses off right now just knowing how dumb we all are for watching it and even more so for participating in it. Honestly, how many times can anyone watch a show that revolves around the accomplishment of stupid and useless tasks by ordinary Joes trying to pocket a little cash? Even an electric-haired host can’t keep something as menial as this interesting.

Whatever happened to the Wheel of Fortune? That’s what game shows should be like; absolutely no skill required on the participant’s part. All you need is time and a bit of luck to win that amazing fortune. You don’t need to build can pyramids with a spaghetti noodle.

Let’s do a simple little run through of what takes this show to the level of stupidity:

Yes, some poor soul might enjoy watching some idiot shake himself like he’s having an epileptic seizure, but who in their right mind would watch Kevin Jonas do such a thing?

Sure, you might have some skill at sticking your nose into a pile of Vaseline and using your lubed up nostrils to transfer cotton balls from one container to another, but making that the focus of a game show is just plain dumb. 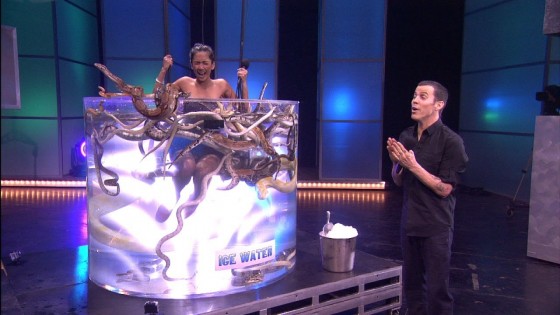 Yes, this show is pretty damn hilarious, but we all have to face facts here, it’s also pretty damn stupid. Not only is it completely impossible for these people to sing at all while they do what they have to do on the show, most of the challenges could actually kill someone. Not to mention they’ve managed to completely ruin hits like “8675309” with their insanity.

Here’s what makes this show stupid:

Trying to serve a man a five course meal while singing is already hard; adding five electric dog collars to the mix is just flippin’ stupid.

Making anyone sing along to “Redneck Woman” already sucks; making a girl do it while being dunked into a tank of snakes is awful.