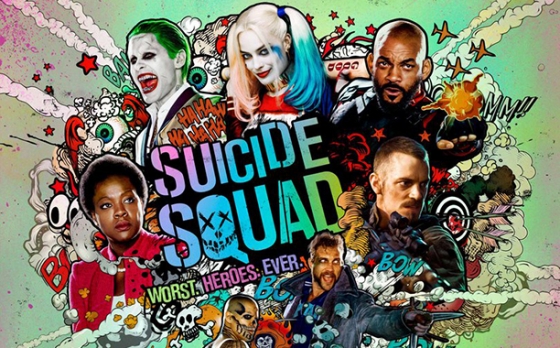 If you were to give me ten guesses as to who was behind Suicide Squad–the next installment in the DC Comics Universe close on the heels of Batman v Superman: Dawn of Justice–it would not be David Ayer. The guy who gained praise for writing Training Day and who directed Fury, one of my favorite films of 2014, has made a massive blunder in this dull, convoluted waste of a pretty intriguing premise. 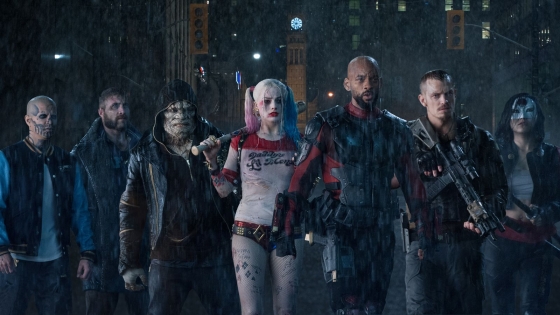 A group of bad guys, including the world’s most deadly assassin (Will Smith) and psychiatrist turned wise-cracking “Juicy” shorts sporting crazy chick (Margot Robbie) are released in Midway City–presumably some populous equidistant to Gotham City and Metropolis–to take on a more evil entity. If you haven’t yet seen the throw down between the Bat and the Kryptonian, then spoiler alert (though you might as well just stop reading this review and go rent the 3-plus hour “BvS Ultimate Edition on VOD): in the wake of Superman’s “demise”, the head of some shadow arm of the DOD or CIA or what have you, frosty Amanda Waller (Viola Davis) convinces the Secretary of Defense that these incarcerated super villains are the perfect solution for preventing World War III–using the covert employment of the Mafia to guard our ports during World War II as part of the argument. 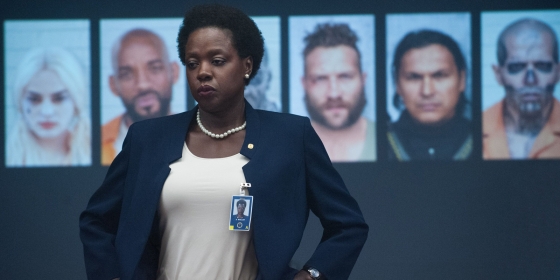 Times have changed. Though it involves a 6,000-year-old witch called Enchantress who spends most of the film conjuring a spell ostensibly to destroy the world a la the original Ghostbusters, Suicide Squad is actually more believable than what’s going on in the current election. In a rush to introduce us to DC’s periphery characters, save The Joker (Jared Leto, who plays it like a lecherous Ace Ventura–the half-baked love story between the green-haired loony and Robbie’s Harley Quinn is God awful), Ayer takes the film from exposition straight to climax–and little of it makes any sense. 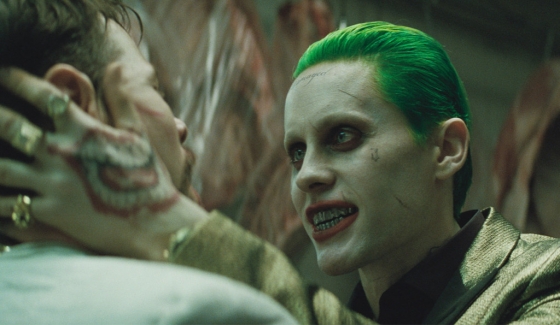 The introduction of the characters is amusing at first, though heavily derivative of several tongue-in-cheek action flicks, but Suicide Squad has more shoehorns than a Kenneth Cole outlet. Who better to save the world than a beer swilling bank robber who can throw a boomerang, or a guy whose ability to rappel marginally exceeds that of a Navy SEAL? Oh, by the way, here’s Katana, a deadly assassin whose sword holds the spirit of her dead husband. Tasked to lead the team is Rick Flagg (Joel Kinnaman), a badass–well, except for the fact that he’s in love with the girl whose body the Enchantress inhabits (Cara Delevinge). 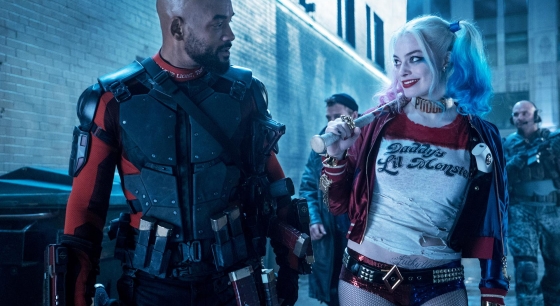 The self-fulfilling prophecy that it is, Suicide Squad makes no sense, even for a comic book film, and it certainly doesn’t bode well for the upcoming Justice League movies. Batman has a cameo, one of the few pleasures in this overstuffed bomb. The only real asset on the titular team is Diablo, a flame-throwing meta-human/reformed gang-banger who holds the guilt of accidentally murdering his family. Written and directed by Ayer, who also directed crime Street Kings and End of Watch, doesn’t seem to know which way he’s going in this genre…. you can feel the movie straining to maintain its PG-13 status. It helps that the villains minions are amorphous blobs with machine guns, I guess. Snore. Stick around for a mid-credit sequence, if you can make it through the nonsensical final battle.

A massive blunder in this dull, convoluted waste of a pretty intriguing premise.