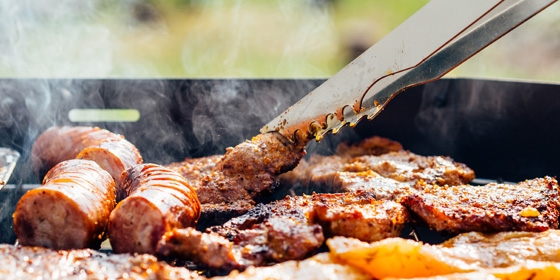 We’re ass-deep in Summer right now and if you haven’t already been tossing large hunks of animal on fire, you’re running out of the best times to do so. Summer is meant for backyard barbecues and open-garage grillings and you really need to get out there and have yourself a party at which you can showcase your manliness and machismo by cooking up some meaty critters. But how? You might be asking yourself as you slowly lower the shawl you’ve been knitting like a sissy. Don’t worry, Nancy, we here at Gunaxin will show you the ways of the Meat Master. So grab your tongs, oil up your grill grates, and follow along as we school you in proper Summer Grilling.

1) Have a Decent Grill 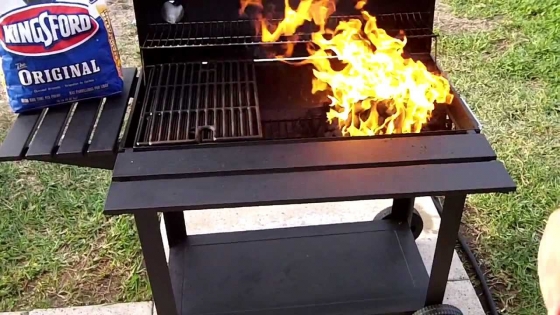 This is obviously step one since you really can’t do too much about a barbecue party without the proper instruments. And let’s be clear here right off the bat, son: do not go cheap because you’re either gonna regret it right away or really quickly thereafter. You want a nice, strong, well-built metal box out of which will erupt copious amounts of sweet, sweet fire. Whether you choose gas powered or coal-burning is entirely up to you, but keep in mind: no one ever has said, “Boy, I sure do love the delicious flavor of Propane.” Ever. Sure, Propane tanks might last a little longer than a bag of lump charcoal, but, for our money, we’ll go with the delectable flavor of smoke. Anyway, pick a good grill, take it home, a put that bitch together like a MAN. Good. Moving on. 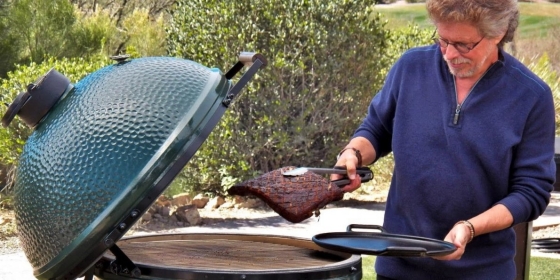 This step really goes hand-in-hand with the grill, because using rinky-dink tools on a Rolls Royce of a grill just makes you look like a douche. All of the following you will need and can absolutely not live without, so stock up.

Go out and get two really nice spring-loaded pairs of tongs. No, not those crappy ones that come with pre-built barbecue sets, fella! Get out to your local restaurant supply outfit and find what you need there. Believe us when we say, they will also be cheaper. Secondly, two half-sheet pans which can also be procured at said supply store. These are for transporting your animal carcass to and from the grill. Next, heavy duty, heat-proof grill gloves. Any kind you like. Why? Because this shit is HOT, kids! We might be awesome, but we’re not stupid enough to get third-degree burns.

Next, a box of disposable gloves. This is raw meat, chief… think about it! Along with that, a good meat thermometer. You’ll want one that has a separate temperature readout from the probe so you can jam that bastard in the beast good and deep. Why this? Just because it’s family and friends doesn’t mean they want food poisoning, chum! Temp that meat up proper and be a hero, not a dumb ass loser! And finally, a fire extinguisher for safety. You don’t want to be feeding the local fire department too, because you burned your house down. Got it?

3) Learn How to Grill 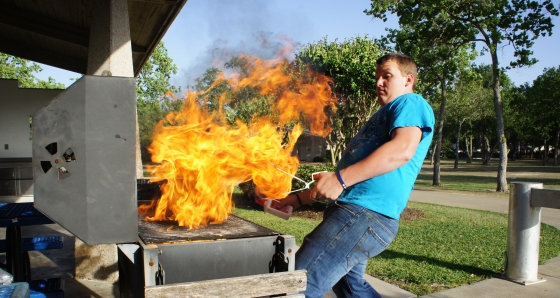 Ok, maybe this step should have been back at the beginning, but bare with me here because we can make you look like you’ve been knocking out epic meat marvels your whole life. At its very basic sense, grilling requires a hot side and a less hot side. If you have charcoal, build your fire on one side so that the other remains relatively cool. If you’ve chosen gas like a dork, turn on only the back burners, or one side whatever the case is with those stupid things. The reason behind this is simple: You want one zone where you can sear and stick it to the fire like a boss, while the other can be for meat that is nearly done, maybe for a load of veggies or seafood, or to keep that huge slab of Porterhouse you’d really rather not get too much beyond bloody because every good cook knows red beef is tasty beef, but pink chicken will kill you. It’s a good credo to live by.

4) Invite People Who Don’t Piss You Off 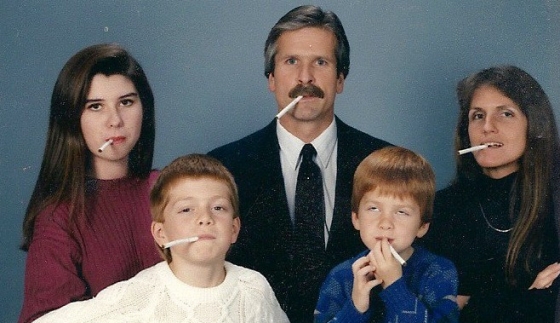 This is an important rule for everyone because there is nothing worse than having a big old gathering of people and two-thirds of them make you want to think ritual homicide. So think close, good friends, and just the family who has actually seen and heard from you in the past twenty years. Send invitations, throw up a FaceBook post, tell someone and watch word-of-mouth at its best, or just call everyone. It really doesn’t matter how you do it, what does matter is that you’re sure you’re not making a Meat Fest for Forty and only four show up. That’s both embarrassing and sad. And it makes you look like a tremendous tool. Oh, and while you’re at it, you might as well find out what kind of critter everyone likes and then, slyly slip in the fact that they need to bring as much good beer as they can conceivably fit in their trunks. 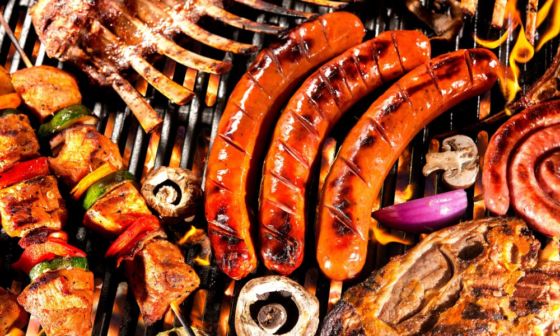 Once you’ve gotten the first four steps down and ready to rock, then and only then should you be considering what kind of beast to purchase for your Barbarian Grilling party. If any of your friends or family you’ve chosen to invite says out loud that they are practicing vegetarians or, Heaven forbid, Vegans, tell them that there is a nice spot in the corner of the lawn where they can graze like the bovines they so want to be while the rest of you will be eating the very beasts that are eating their food.

Anyway, where was I… oh right, animal flesh. If cow seems to be the animal of choice, then it’s far more cost effective to go to your butcher and get what’s called a PISMO (peeled, side muscle on), this is a large, long piece of moo meat that contains enough beautiful tenderloin cuts to serve upwards of twenty people happily, and it’s really easy to break down into steaks. If chicken is what’s for dinner, get the large, multi-packs of boneless breasts and packs of boneless, skinless thighs because, for our money, those are far tastier. Pig? Get yourself a full pork loin (not just the tenderloin) and whack that fat boy down into chops! It’s a win/win for both you, your guests, and your bank account! Hooray frugality!

At this point, once flame hits grill and food closely follows, the real party begins. So get yourself a cooler full of craft brews, set your playlist to AWESOME MIX, and watch your friends ooh and ahh with jealousy and desire because, quite frankly, if you aren’t going to show off your new skills and be as epic as you can, then don’t even bother.