It’s that time again, the time when two of the best NFL teams of the year face off in the biggest sporting event of the year (at least in the USA). The time when people get together for Super Bowl parties to watch the game and the commercials and drink plenty of beer. You need to wash something down with all that beer and that’s where the party food comes in, a favorite of which is hot wings. Every year my dad makes a batch of hot wings for our annual Super Bowl party, and they’re the star of the gathering. We all look forward to them every year, and below I’ll show you how he does it… 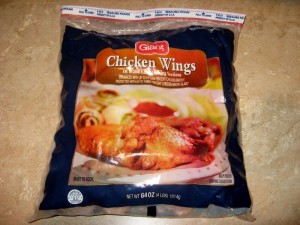 First off he bakes his wings instead of frying them.

Bake 30 minutes at 400 degrees, flip and bake for another 30 minutes or until brown. The point is to make the wings nice and crispy.

Cover in sauce, and put the wings back on the sheet, arrange the cooked wings closer together (usually I’ll spoon a bit more sauce onto the wings), then bake the wings for about 10 or 15 more minutes.

This time I decided to try making a few different sauces.

First I started off with the sauce that my Dad usually makes (These are great typical Hot Wings):

For the second sauce I added a teaspoon of minced garlic (adds some good garlic flavor, but it’s not too different from the first sauce)

I also made some cajun wings, and I did things a little differently than I did above.

A friend of mine recommended that I steam the wings before baking them, this will cut down on cooking time, steam off some of the fat, and keep the wings juicy on the inside while allowing them to get crispy on the outside. 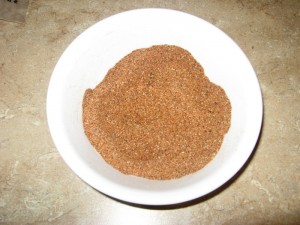 I don’t have a steamer so I used a colander, a pot and a lid, which isn’t big enough for all the wings so I only used it for the cajun wings.

So this time I steamed the wings, then dipped them in the cajun seasoning, and put them on a baking sheet. 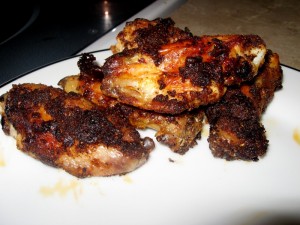