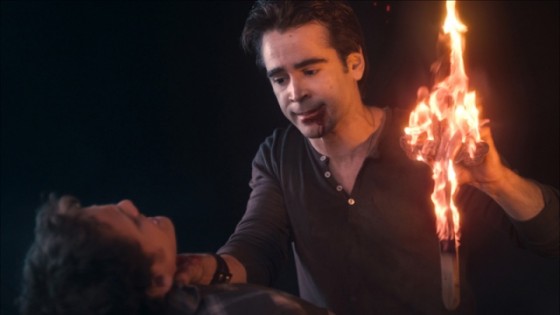 The only thing I love more in this world than Ecuadorian transvestite porn is remakes of popular ‘80s movies. After sitting through Russell Brand’s Arthur (twice) a few months ago, I find Dudley Moore’s performance in the 1981 version to be tepid at best. Oh sure, Moore was a brilliant comedic actor who played drunk better than real alcoholics, but Brand’s feminine features and phony rock ‘n’ roll rebel attitude are exactly what I’m looking for in a comedian. In addition to Brand, the no-name actress pegged to play the Liza Minnelli character is so bland and forgettable I couldn’t help but be smitten.

In my ongoing quest to see every remake, reboot and retread produced, I checked out Fright Night over the weekend. If you’re too young to remember, or indulged in too many psychedelic drugs in the ‘90s, the original Fright Night is a 1985 horror-comedy about a socially inept teen who believes his next-door neighbor is a bloodsucking vampire. It was one of the first flicks to successfully meld teen comedy with gory horror, and has since become what the pop culture scholars refer to as a cult classic. 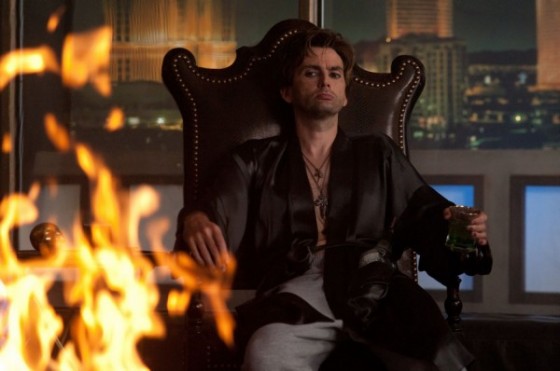 Criss Angel can suck it!

The plot remains the same. A series of unexplained disappearances is traced to a mysterious new arrival, who Charley determines, with help from his nerdy pal Ed, to be a vampire. To kill the fiend, Charley calls upon world famous illusionist Peter Vincent. Together, this dynamic duo wages war against Jerry and his voracious nest of pointy-teethed disciples.

Don’t let the appropriately disappointing fifth-place finish at the box office fool you. This movie is chock-full of scary delights and never-get-old clichés. From the brazenly bad CGI to the ultra hot girl who’s into geeks, there’s something for everyone to point and laugh at again and again.

Clever script choices like making Charley’s mom a real estate agent so she’ll have a “stake” in the back of her car when needed compelled me to stand up and applaud in a theater jam-packed with nine people. I was so captivated I didn’t see the Chris Sarandon – who played the original Jerry — cameo coming from a mile away; nope, not at all. It took me by complete surprise, just like the ingenious nugget of backstory that made Jerry the one responsible for murdering Peter Vincent’s parents.

I don’t mean to beat the Oscar nomination drum early, but Colin Farrell will give voters something to chew on for the next six months. His decision to remove all subtlety from the character was a bold choice and one that will most assuredly tickle the toes of Academy members.Vacant staring and constant sniffing screams award-winning acting.

Director Graig Gillespie hit a home run in 2007 with Mr. Woodcock, a movie so awesome co-star Seann William Scott described it as a “career-ender.” Well, you can add another upper-deck blast to Gillespie’s resume because Fright Night redux delivers the goods. Even though audiences avoided it like a hooker with herpes, I’m willing to bet it will stand the test of time, just like its older brother.

Next on my list of must-see ‘80s remakes: Footloose in October. I can’t wait.