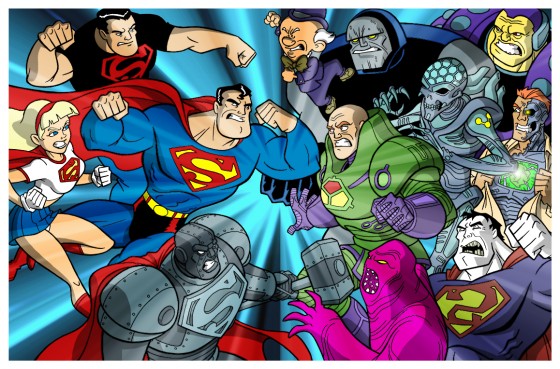 We’re big fans of Phil Postma’s art, and as you can see from the image above, he’s a big fan of the Superman franchise. In the past we’ve featured his images of DC Comics and Marvel characters depicted in a Pixar style. We could honestly feature his fabulous work every week and never run out of material. Today we’re happy to share with you Postma’s amazingly creative depiction of Superman characters on their own cereal boxes. Hopefully one of the big brands will reach out to him soon and make at least a few of these a reality, because we’d eat the shit out of some Kryptonite Krunch.