When Taco Bell launched their breakfast menu about a year ago, we have to admit we were a bit leery of the item which garnered the most attention, the Waffle Taco. Now it appears that Waffle Taco is going to be eliminated from the menu, in favor of a new taco made of biscuit. The Biscuit Taco features a warm biscuit folded in the shape of a taco and filled with breakfast ingredients. Launching tomorrow, there is one Biscuit Taco in particular that seems a bit more in line with our breakfast tastes, a Chicken Biscuit Taco. 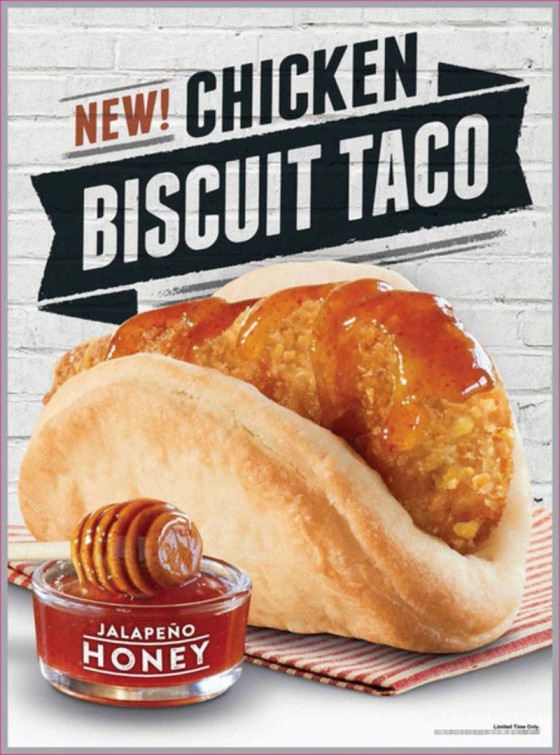 The suggested retail price of the Biscuit Taco is $2.49 and comes in the following choices:

Lest you think this is just another Chicken Biscuit, the breading of this crispy chicken is actually made from crushed tortilla chips. While we still think Taco Bell should focus on producing really good breakfast burritos (something they have improved upon in the past year), this biscuit taco strategy looks like a move to align their offerings more with their competitors. What will they think of next?