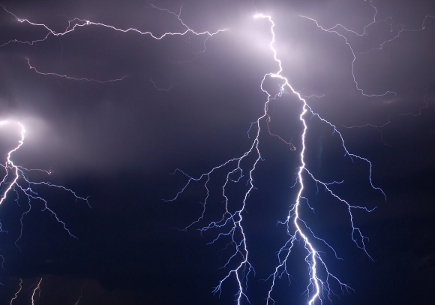 Coming soon to an arena near you.

Fresh off of signing their most prized player, Steven Stamkos, to a new five-year deal worth a reported $37.5 million, the Tampa Bay Lightning decided to pour some money into their building the St. Pete Times Forum. Spending almost as much as they did on Stamkos, the organization is using around $35 million to give their home a massive upgrade, as reported by the St. Petersburg Times.

These new improvements include renovated suites, new sight lines, a new outdoor party deck and a brand new pipe organ surrounded by a bar on each side. Oh, and did we mention the lightning?

As cool as it is that they are bringing a real pipe organ into the building, something which does greatly enhance and authenticate your hockey experience, the most notable improvement to the building for those of us not living in Tampa Bay is the fact real lightning will be used during games.

Tesla coils will be added on each side of the scoreboard which will be capable of shooting actual lightning some 25 feet. As the Lightning’s CEO assessed, “How can you be named the Lightning and not have a signature effect in the building?” Well said. Some of Stamkos’ goals can make your hair stand on end, but the club is ready to do it artificially if need be.

On paper, this sounds like the coolest way to celebrate after a goal, and with Stamkos returning, we could see the effect used on a pretty regular basis. Move over Calgary Flames, your real flame celebration has been upstaged by 25-foot lightning. For those curious as to what a Tesla coil can do, the video below demonstrates a coil that shoots lightning roughly 26 feet, or about the same distance as the new effect set to hit the St. Pete Times Forum. We can’t wait to see this thing in action.