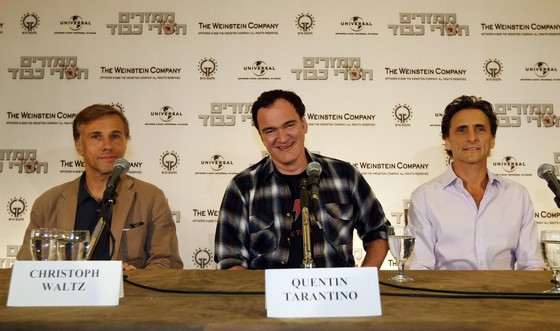 Let’s take a stroll back about fifteen years ago. Pauly Shore was still starring in movies, Remington Steele was given a shot as James Bond, and Toy Story showed the world that it was possible to make an entire film using only computer images. Also during this time, director Quentin Tarantino was at the height of his popularity, and studios were pumping out scripts attempting to emulate his style. Some disapproved of his use of language and violence, but most people agreed that the man knew how to make movies feel “cool” again. As time went on, his fanbase began to splinter into many factions, and his critics became more and more vocal. Plus, he started to get pudgy.

Those of us at Gunaxin have stood by and watched the debate roll on, and decided enough is enough. Is he an unoriginal hack? Should he lay off whatever the hell he’s snorting? Should people leave him alone and finally admit he’s here to stay? Here, in this arena, the issues shall finally be addressed, and the Gunaxin readers can finally settle this once and for all: “Is it still cool to like Quentin Tarantino?”

Reservoir Dogs: The movie that put him on the map, this classic set up the mold that his films still use today. The non-linear plot, long takes of fast dialogue, acute pop culture awareness, relentless violence, and incredibly creative use of music, have all become trademarks of the Tarantino aesthetic. Haters frequently bring up the film’s remarkable similarity to Ringo Lam’s City on Fire, as an example of his creative “thievery”. 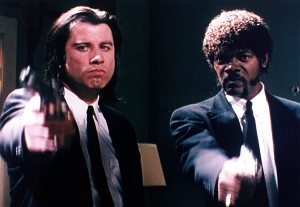 Pulp Fiction: Considered by many to be his crowning achievement, critics of Pulp Fiction are certainly a minority. The writing is as sharp as Tarantino’s ever been, the acting is phenomenal from all parties, and the movie resurrected John Travolta’s acting career. Considering he went on to make Wild Hogs, it’s debatable whether or not that’s a good thing. 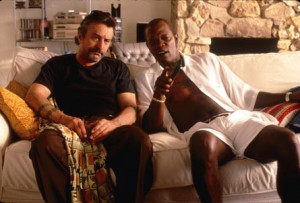 Jackie Brown: The film that most people like to forget for some reason, this is Tarantino’s first example of “see what I did there” genre filmmaking. The movie has a decent cast and was well-received by professional critics, but was totally lost on mainstream audiences. Most of the criticism comes from people who have never seen the film, but then again even most Tarantino fans haven’t. Some claim that people just didn’t understand it, but even those who have tend to agree that it is far from his best work. 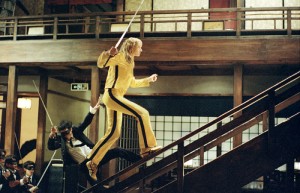 Kill Bill: Vol. 1: The cause of Tarantino’s second big surge in popularity, and evidence of his unhealthy obsession with Uma Thurman, Kill Bill charmed a lot of people with the over-the-top fight scenes and allusions to martial arts classics. It was around this time that people began getting vocal about their dislike for Tarantino’s style, especially his penchant for shoving film references down everyone’s throats. 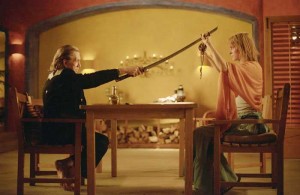 Kill Bill: Vol. 2: Since many fans of Volume 1 expected another bloodbath, this one caused quite a bit of complaining. Many called it boring and slow-paced; some described the entire ending as anti-climactic, but others argued that the film was among the best he’s ever done. Overall the film was well-received, and several of the scenes have become ingrained in the public consciousness. 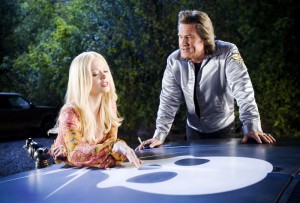 Death Proof: This time around, even some of the strongest Tarantino supporters took a moment to properly remove his balls from their mouth before they started complaining. Yes, some people enjoyed that it was a throwback to classic car films of yore, but most hated the incredibly slow pacing, the moderate-at-best dialogue, and the first half-hour. The actresses took some jabs too, but you can’t really expect a stunt performer to deliver Tarantino dialogue perfectly. Some fans complain that the film isn’t even made in a grindhouse style like it was supposed to be, but the argument doesn’t make much sense since most of them don’t even know what the term means. 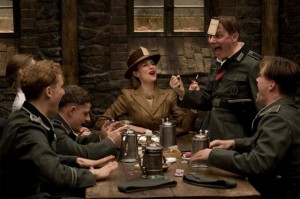 Inglourious Basterds: Some called it Tarantino’s return to form, some claim he never left, and some were really pissed off that the title characters are in less than half the film. This time the film was well-received by the majority, although many felt the length was excessive and unnecessary. The ending was very “love it or hate it,” but at least this time around he didn’t make his presence painfully obvious, except for that stupid font he keeps looking for excuses to use. 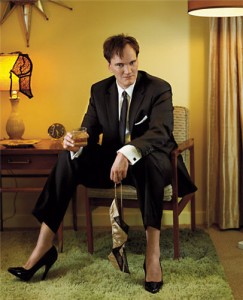 Now that the arguments have been presented it is up to you, the Gunaxin readers, to cast your ballot and decide once and for all how proud we should be of our love/hate for one of cinema’s strangest looking men.