In what may qualify her for Teacher of the Year, Crystal Defanti a fifth grade teacher at Isabelle Jackson Elementary, gave students what was supposed to be a DVD of classroom memories. And it did include that, in between a six second segment showing Defanti having sex on a couch. The teacher mistakenly added the porn into the other assorted memories that were distributed to the students and their families. The error was not realized until the DVDs were taken home, at which point little could be done about the situation. Defanti attempted to contact the families to warn them, although some parents remain less than thrilled with the entire affair. 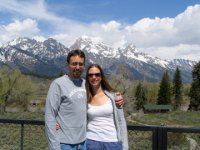 The “honest but embarrassing mistake” did give the kids a crash course in sex education. Provided that they didn’t know the information already. And Elk Grove Unified officials state that Defanti will reportedly keep her job despite the humiliation suffered. On the bright side, she’ll probably be the most popular teacher in school next year. It’s also the most exciting thing that’s happened to the Sacramento area in quite some time.