Two Teams That Could Beat Kentucky in the 2015 NCAA Tournament 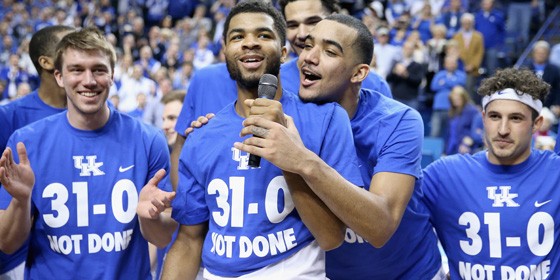 College basketball’s three-week showcase is entering its second half, and the field of teams is narrowing by the day, making the No. 1 overall Kentucky Wildcats’ grip on the nation’s attention even stronger. The Wildcats, as everyone knows, have an embarrassment of riches on the floor at any one time, enough that they could reasonably have, and did, play with two five-man units in numerous games.

The obvious question, then, remains who if anyone can top Coach Calipari’s squad. By most estimates, there are only two teams left in the field who can challenge the blue and white, now that Virginia, the nation’s best defense, has been bounced. 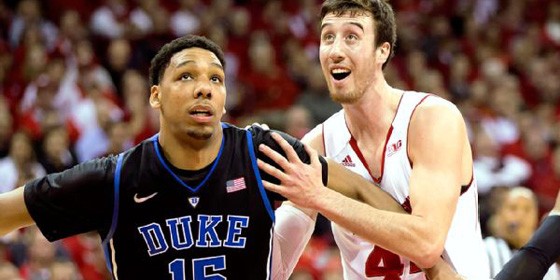 The Wisconsin Badgers and Duke Blue Devils are tied as third favorites to win the NCAA tourney title according to college basketball betting lines (view NCAA odds here), and their combination of inside star power and outside shooting seem to be the recipe to challenge (if not beat) Kentucky. Frank Kaminsky for the Badgers and Jahlil Okafor for the Blue Devils have led their teams all season, and could conceivably take on the wrecking crew that is the Wildcats inside the key. If they could match up with Willie Cauley-Stein and Karl-Anthony towns, it would just be a matter of…well, yeah, it would still need to be an off night for Kentucky.

What’s more, the Badgers aren’t even favored to get to the Wildcats. Kaminsky’s team is outstanding, sure, but the belief is they don’t match up with the No. 2 in their region, the Arizona Wildcats, and won’t even get to the Final Four to meet Kentucky. Arizona could give Kentucky a strong game, for sure, but the thinking goes that that would leave Duke to topple the undefeated SEC champions…if they can make it past Utah and either Gonzaga or UCLA.

It’s a lot of what ifs, but at this point, with Virginia out of the mix, the path is looking more and more comfortable for Kentucky to the best record in college basketball history: a perfect 40-0 and a national championship.