Sports > Football > Tebow Decides Not To Speak at Homophobic Church

Tebow Decides Not To Speak at Homophobic Church 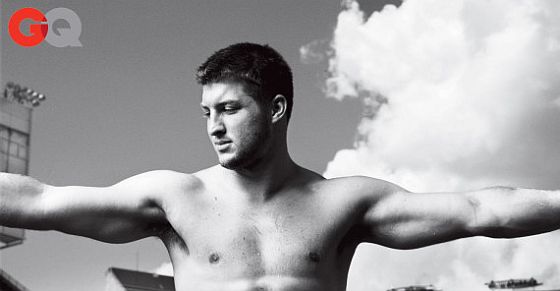 Tim Tebow might not be able to recognize defenses on the field, but he finally noticed at least one pattern. A week after receiving near-universal condemnation for his decision to appear at a Dallas mega church, the Jets backup announced today that he has declined their invitation. The church, led by homophobic and antisemitic preacher Robert Jeffress, had invited Tebow to speak about his own religious journey at a future service. Tebow, or his management, finally responded to the furor on Twitter today.

… First Baptist Church of Dallas in April, due to new information that has been brought to my attention, I have decided to cancel my…

…upcoming appearance. I will continue to use the platform God has blessed me with to bring Faith, Hope and Love to all those…

…needing a brighter day. Thank you for all of your love and support. God Bless!

While we have no problem with Tebow sharing his own faith, we agreed with those that said his appearance appeared to be an endorsement of the hatemonger Jeffress. With his NFL future on the line this offseason cancelling was the best decision Tebow could have made.