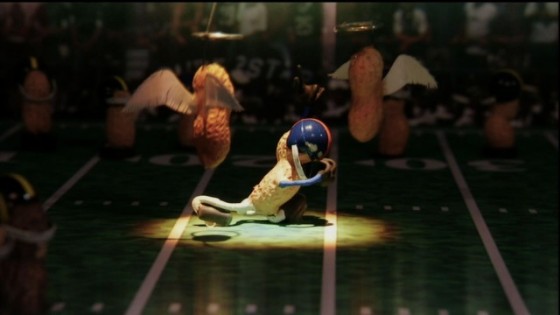 Okay, this is a few days old, but it’s new to me and that’s all that matters since I’m a self-involved ass. Nevertheless, Conan O’Brien, who still hosts (allegedly) a late night talk show, reenacted Tim Tebow’s miracle pass in overtime that defeated the defending AFC Champion Steelers using Peanut Players. It’s goofy and pious and all kinds of awesome, so if you haven’t seen it yet, pull up a chair.