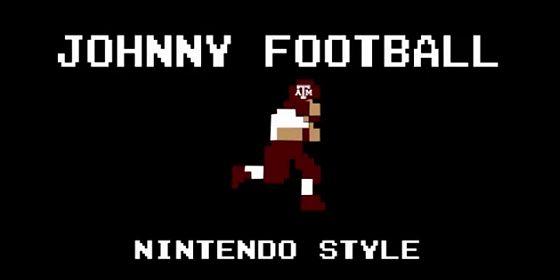 When we introduced you to Texas A&M’s Johnny Football page last week we thought it was just another in a long line of Heisman campaign pages. We were very wrong, however, as a new video posted on Thanksgiving makes abundantly clear. Some enterprising supporter has re-imagined Manziel as a Techmo Bowl character, set it to music, and mixed it with game footage. We see Techmo Johnny running, untouched, across the field, doing his best Bo Jackson impersonation as poor defenders find themselves diving after him fruitlessly.