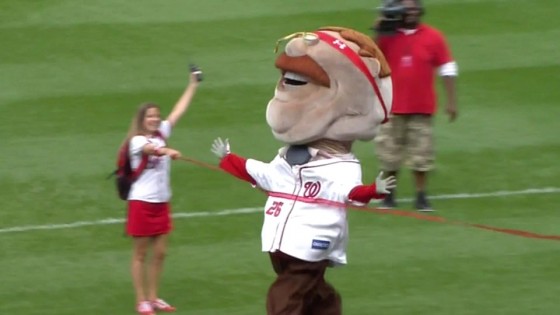 On Monday we told you the epic story of Teddy Roosevelt, and the fact that he hadn’t won a single Presidents Race in 7 seasons. All of the stars were in line for Teddy to finally end his drought today as the Nationals concluded their first place regular season, and it happened! Adam Greenberg finally got his one at-bat and struck out, but Teddy Roosevelt may be the feel good story of the week.

The Nats fed off the inspirational feat by Teddy, and proceeded to score two runs in the bottom of the 4th, including a Ryan Zimmerman homerun on the next at-bat.