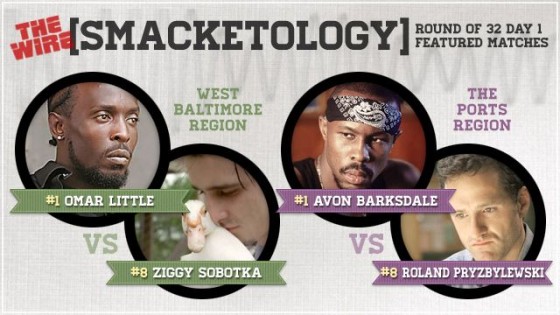 Leave it to the Internet to continue to combine things we love into things we love more. This time we’re talking about March Madness Brackets, and Television. It’s a staple of web content generators this time of year, to take their favorite topic and throw it into a bracket. It’s become almost ridiculous, as pointed out by our friend Dan Levy with his Ultimate March Pop Culture, Food and Sports Madness Bracket…Bracket. But we don’t give a damn, as we can’t get enough of it. So below you’ll find some of our favorite television brackets. Click on the image for a link to the original source, as we’re not trying to steal anyone else’s work here, just point out their genius : 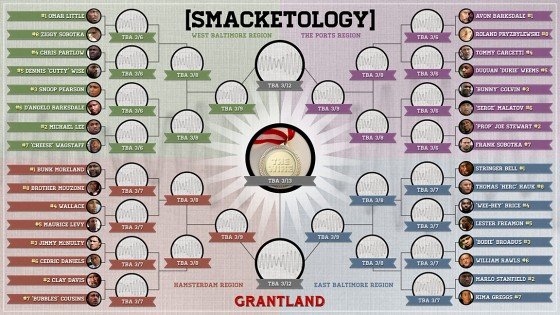 via Grantland on ESPN

What if we actually did subject the key players of the Wire-verse to rigorous bracketological inquiry? If we played corner boys against dock workers, murder-polices against hoppers, and craven politicos against enigmatic not-actually-Greek human traffickers, in matchups as arbitrary and occasionally unjust as life and death on the mean streets of West Baltimore, would the king stay the king? 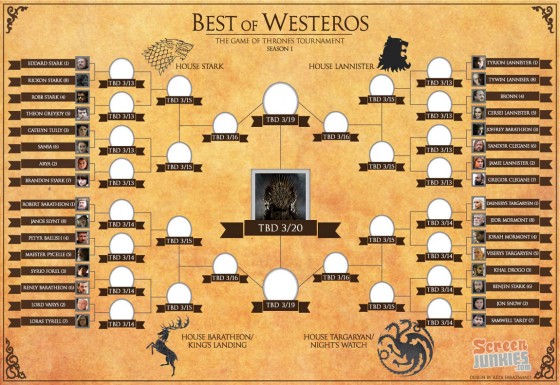 This year, the Iron Throne isn’t the only thing the citizens of Westeros have to fight about. Sure, it’s good to be the king, but what of the most important contest of all? Of course, I’m talking about a popularity contest. Now is your chance to bring democracy to The Seven Kingdoms and decide who can rightfully claim the top spot as the Best of Westeros. Petyr Baelish vs. Jaime Lannister? The Hound vs. The Mountain? Tyrion vs. Jon Snow?

Who is the Greatest Lost Character? 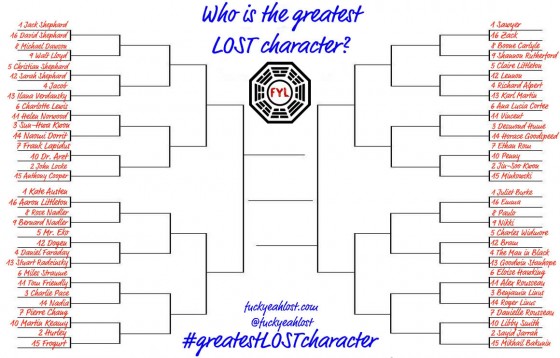 Over the next few weeks, YOU will decide who the greatest LOST character is with your votes. Your votes will narrow the field of 64 down until only one character remains. I know it’s been done before, but it’s always fun! 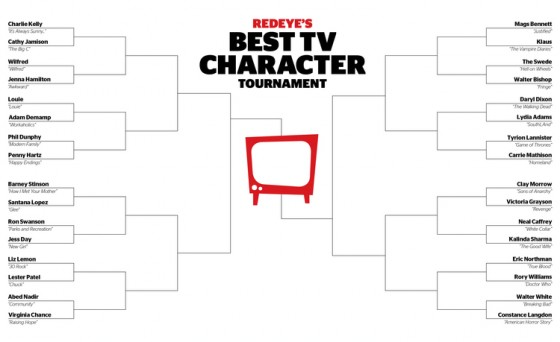 So who will be the 2011 champ to follow 2010 winner Michael Westen (Jeffrey Donovan) from USA's "Burn Notice," 2008 victor Sir Guy of Gisborne (Richard Armitage) from BBC America's "Robin Hood," and holder of the original 2007 title, Lt. Kara "Starbuck" Thrace (Katee Sackhoff) from Syfy's "Battlestar Galactica?" That's up to you.

They say this is the golden age of television. From offbeat comedies such as "30 Rock" to gripping dramas like "Game of Thrones," we can't argue with that. But what's the most incredible, era-defining series on TV today? We asked HitFix's Alan Sepinwall for his take, but Hulu's third annual Best in Show is all about your vote. We've rounded up 32 TV shows for a bracket-style competition. Each week, the winning shows — based solely on the fans' votes — will advance, all the way until we reach No. 1.