13 Things I Love About Today’s Television

It’s easy to trash television these days, what with the glut of frivolous reality programming, tiresome police procedurals, vacuous network sitcoms and nauseating talking head bitchfests. But there’s also plenty to celebrate thanks to a surge of edgy, inventive and adult-oriented series that take pride in going against the grain. Here are 13 things I love about today’s television.

Creator Dan Harmon's methodology to satirize sitcom convention rather than embrace it probably means Jeff and Annie will never consummate the crush they have on one another. And that's perfectly okay. Watching them hilariously engage in the will-they-or-won't-they dance is one of the reasons why Community rises above its peers. 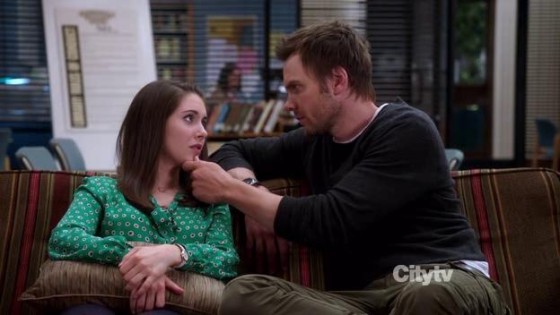 The three variations of Spartacus will never be confused for highbrow drama. What it lacks in intellectual stimulation, it more than makes up for with an abundance of gratuitous bloodletting and full frontal nudity. Being unapologetically over the top every step of the way makes it one of the more addictive guilty pleasures to come along in quite some time. 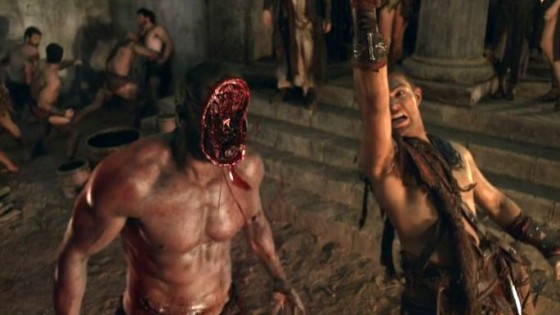 The Shiva – The League

If you like your fantasy football entrée with a healthy side of vulgarity, then The League should quell your appetite. The series has birthed a long list of terms (vinegar strokes) and characters (Dirty Randy) into the pop culture lexicon, but "The Shiva" is so awesomely offensive it deserves to be singled out. As trophies go, it wins the prize for the most juvenile fantasy football hardware ever. 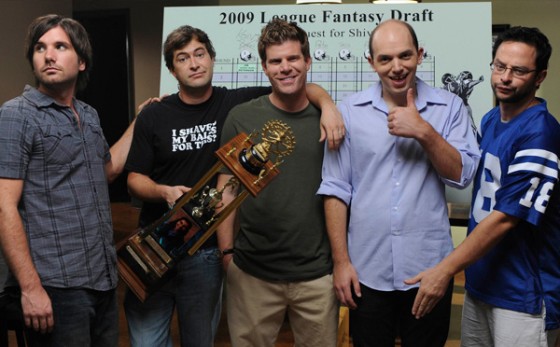 I'm a car guy, so the black 1967 Chevy Impala driven by Dean (and sometimes Sam) Winchester is the real star of Supernatural.The sound of its engine idling is music to my ears. Plus, the trunk full of guns, knives, stakes, holy water, salt and fake IDs makes it a lethal armory on wheels. It's also the closest thing the Winchester brothers have to a home. 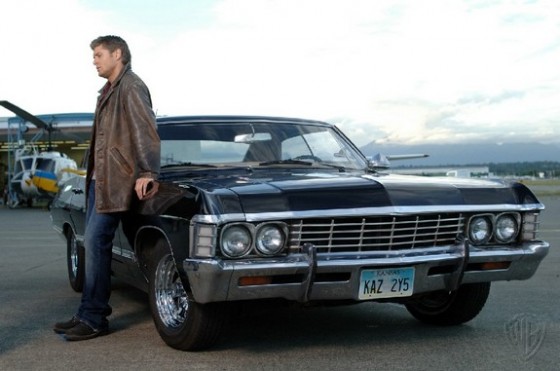 The small screen version of the Hannibal Lecter-Clarice Starling relationship pits driven detective John Luther versus sexy serial killer Alice Morgan. Their creepy connection is anything but normal as both appear to be attracted to each other's homicidal tendencies. Sexual proclivities aside, this gruesome twosome counts the other as their one and only friend. Lonely, broken people often gravitate toward the same circle and Luther and Alice are the definitions of lonely and broken. 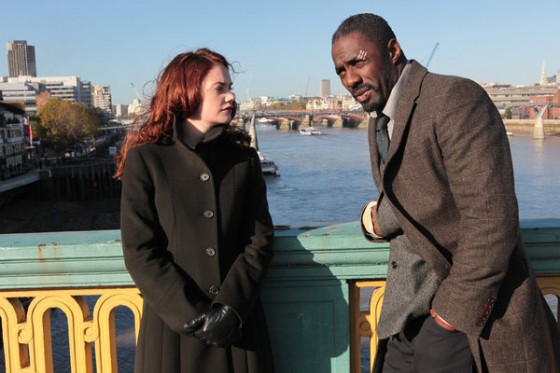 MTV originals have been off my radar for years, but Rob Dyrdek's Fantasy Factory never fails to bring a smile to my face. Dyrdek has morphed from a successful pro skateboarder into a mini-mogul with assistance from his cousin Drama, his best pal Big Black, the bubbly Chanel and a cast of colorful characters who reluctantly agree to participate in Rob's array of ridiculous, and often dangerous, antics. 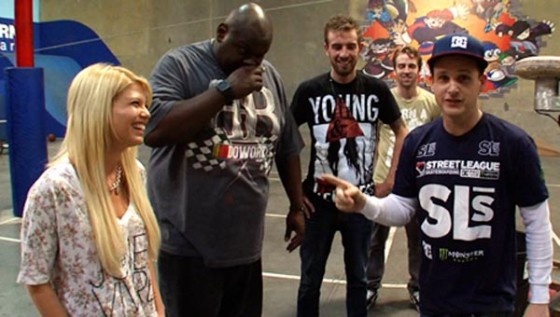 Jeremy Davies excels at playing bizarre personas. See Spanking the Monkey, Solaris, Lost and Helter Skelter. However, his turn as backwoods criminal Dickie Bennett on FX's Justified has been one of the highlights of the last two seasons. In the most recent episode, Dickie gimped out of prison sporting a haircut that can best be described as 'Punk Mange'. There are few things I enjoy more than Justified's numerous offbeat character traits, and Dickie's calamitous coiffe is one of the funniest. 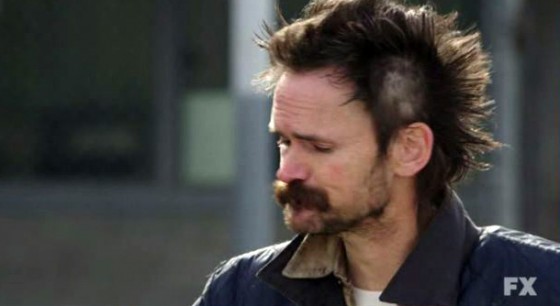 Sadly, Kenny Powers is with us for only two more episodes before being permanently retired to the redneck fictional athlete Hall of Fame. I'll miss his blatant arrogance, rampant drug use and propensity to insult everyone he meets. But most of all, I'll miss his recreational toys. Who else can make a leopard-print jet ski, confederate flag/marijuana leaf boogie board and powder blue three-wheeled motorcycle look bitchin'? Nobody. There is no substitute for Kenny "Fuc*ing" Powers. 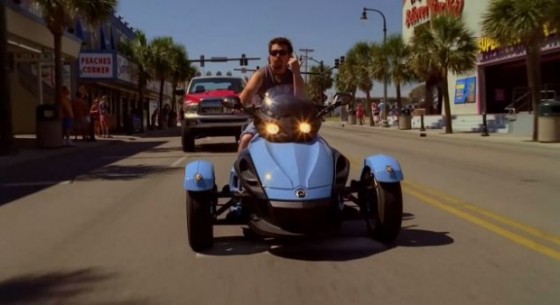 The Parks and Rec writers seem to be humanizing April a tad more in Season 4, but she'll always be the cute, cynical department intern who stares into the camera, eyes ablaze with scorn. Whenever Ann, Jerry, Ben or Chris says anything remotely strange or stupid, April's deadpan gaze will be lying in wait ready to mock and judge.

Expounding on all the aspects that make Game of Thrones great would take too long, so I'll narrow my focus to the Stark children's faithful and deadly companions. Hopefully, the direwolves will assume a more prominent role in Season 2 now that they're fully grown. I've heard Grey Wind (Robb's wolf) is tenacious on the battlefield, but have yet to see him in action. And Ghost (Jon Snow's wolf) with his red eyes and vicious snarl is downright frightening. 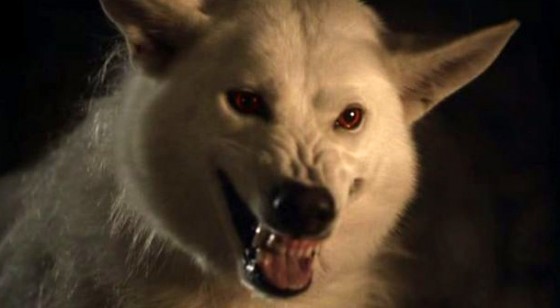 The Gallagher family can never be accused of not making the best of a shitty situation. With Chicago's summer heat boiling over, a backyard swimming pool filled with water from a nearby fire truck offers cooling relief. Not surprisingly, the Gallagher pool isn't just for cannonballs and entertaining neighborhood kids. It also doubles as a duck hunting (and bald eagle) pond and bath tub for the homeless. 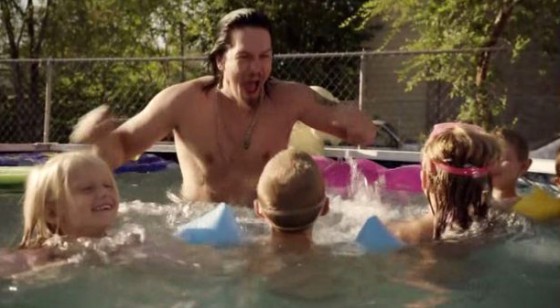 There are several ways to kill a flesh-eating walker, but for my money the most badass method of disposal is by firing a crossbow bolt into their domes. And no one has perfected this technique quite like Daryl Dixon. I think it's the sound of pointy end piercing diseased brain matter that makes it so appealing. It also helps to hack the sleeves off your shirt when stalking a blood hungry zombie. 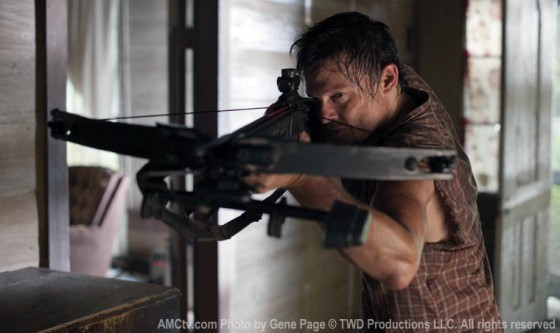 If there's another dramatic series that details the gradual transformation of a mild-mannered suburban father dying from terminal cancer into a cold, calculating drug kingpin, please steer me in the right direction. Breaking Bad is groundbreaking because it has the balls to strip away the likeability of its main protagonist with each passing episode. Walter White's body may be eroding, but it's the disintegration of his soul that is the real tragedy. 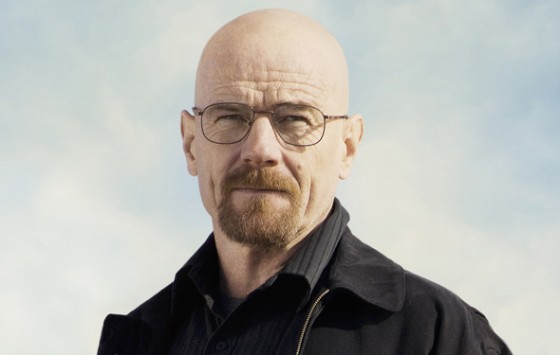