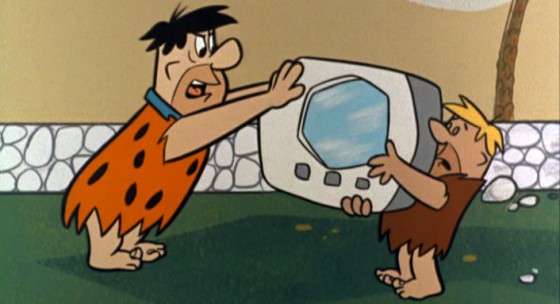 Growing up, as I more or less did, watching nothing but cartoons, I came to realize one glaring irritation: nearly every cartoon ‘hero’ had at least one sidekick. Seriously, look at someone like Fred Flintstone: no matter how you slice him or try to shoehorn him into his own separate story, Barney Rubble was the jelly to Fred’s peanut butter. How about, say, DuckTales: Huey, Dewey, and Louie were Scrooge McDuck’s sidekicks regardless of the fact that they carried most of the episodes. Now, those two examples aside, many other major characters had decent tag-a-longs as well, but then there were those few whose buddies were about as irritating as a swimsuit full of burning sand. Here are ten such samples. 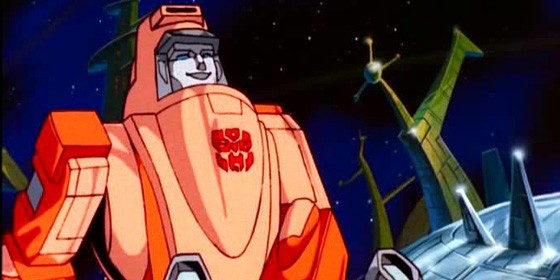 Transformers the Animated Movie and beyond.

Wheelie was absolutely the most grating Transformer from the very moment he was introduced to Kup and Grimlock in the animated movie. He spoke in a high-pitched, rhyming, robotic tone that the moronic Dinobot absolutely loved. Oh sure, he had his useful moments and didn’t talk nearly as much as the second most obtrusive Autobot, Blurr (voiced by Micro Machine great, John Mushida), and post film, Wheelie went on to befriend the human cast and genuinely rub everyone the wrong way for years. 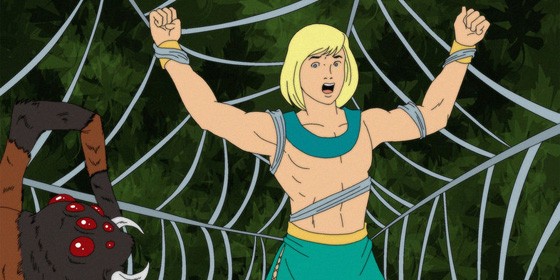 The Child from the Herculoids

It never failed. Each and every episode not only featured an entirely different type of alien on the Herculoids jungle world, but also the bumbling doofus, Dorno, somehow managing to get himself into hot water from said aliens. What really amazed me was that even with friends like Zok, Igoo, Tundro, Gloop, and Gleep, each sporting a talent that could easily keep the young lad protected, he still managed to get his dumb ass in dire straights. 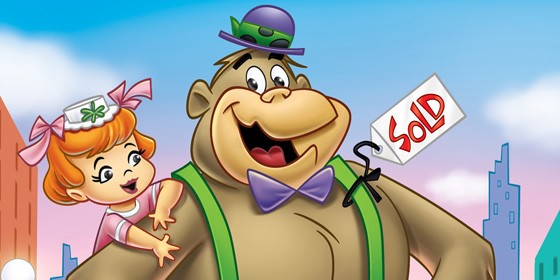 Speaking of high-pitched, sugary sweet sidekicks, Ogee was perhaps the most unassuming little pest around. Much akin to the little baby mouse on Tom and Jerry who wandered around in a diaper, unawares as a catastrophe went on behind him, so went Ogee. Once she managed to release Magilla from Mr. Peeble’s store, the gorilla spent the remainder of the episode keeping the little shit out of trouble. 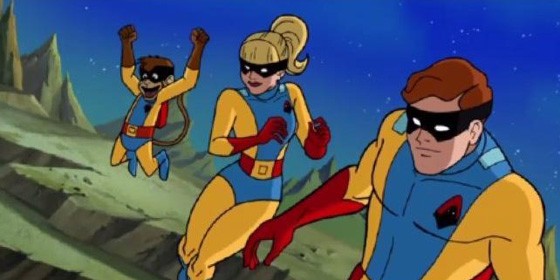 The Reasons Space Ghost Even Had a Job

Forget Brak, never mind Zorak, no the real trouble makers that stuck in Space Ghost’s craw were Jan and Jace and their ridiculous space monkey, Blip -possibly related to Gleek (see entry in this list), no one really knows- always egging on the enemy. Most of these bad guys were just motoring around outer space just sort of thinking about their past ass whippings from Space Ghost, when suddenly the kids and the primate would interfere with their bad guy plans and WHAM! They’d be captured. And off Space Ghost would go, begrudgingly, after his useless sidekicks. 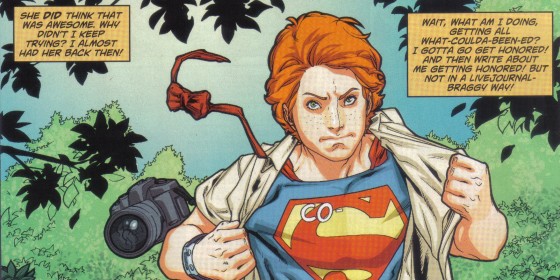 Pal and Side-Thorn to Superman

Back in the glory days of DC Comics, Superman was always either teaching a lesson to, or receiving some kind of warped power-draining butt-whoopin’ from, his ‘pal’, Jimmy Olsen. Yes, a sort of sidekick, though not in the traditional sense as Supes could pretty much do anything and everything with his seemingly limitless powers, Jimmy hung around with The Man of Steel through many, many adventures getting each of them into all sorts of stupid troubles. 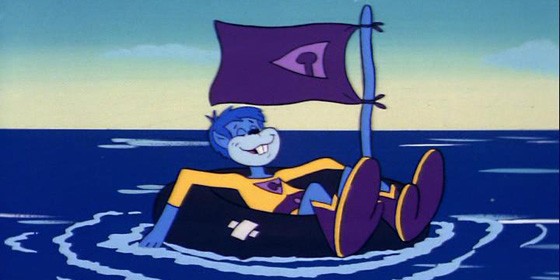 Now, on this entry, I almost just went with the Wonder Twins themselves until I watched a few of these old episodes and it became apparent that they did, though in round-about ways, assist the Super Friends more often than not. No, as it turned out, Gleek was frequently the source of much of the Twins’ (not to mention the Team’s) misery. Just when they though danger was free and clear, Gleek would come along and do something exceptionally stupid. Especially for an apparently hyper-intelligent simian. 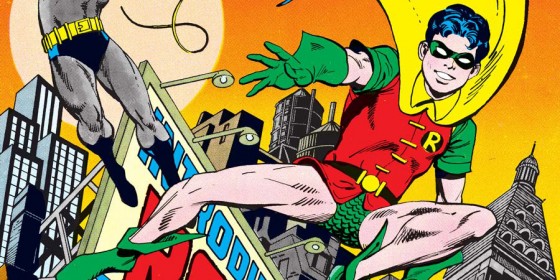 From the get go of DC’s Detective Comics, Batman’s faithful companion was more colossally irritating than any of his rogue’s gallery. Fast forward a bit to the campy TV show starring the brilliant Adam West and Burt Ward, and you end up with an even more over-the-top, clingy version of the second half of the Dynamic Duo, regardless of the fact that the show lived on cheese. Then throw on some Super Friends and, well, you can easily see him getting even more (if that was possible) silly. ‘Holy Quatro, Batman! I’m number 4!’ Yep. 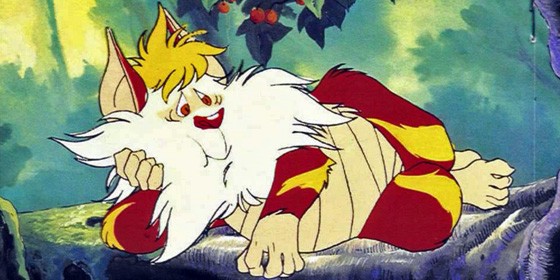 What the Hell Was That Thing, Anyway?

Though the Thundercats were a close-knit crew always willing to back one another up no matter the cause, only Lion-O was a real friend to the cat/monkey, Snarf. Panthro, Cheetara, Tigra… well, they all just kind of put up with his whining, mewling, childish ass just so they wouldn’t piss off their leader. Snarf was often captured, trapped, snared, or otherwise pointlessly involved in the Thundercat’s battles, much to the team’s chagrin. Shit, even Lion-O got loud with his pussy ass. Yes, read that sentence again. 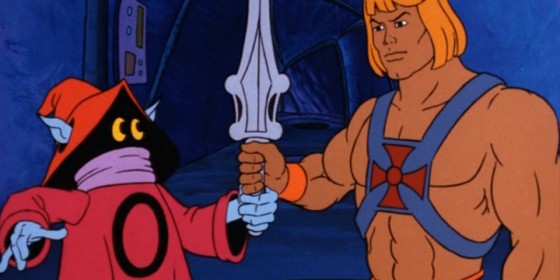 There were only three people in the whole of Eternia who knew that Prince Adam was He-Man: Man-at-Arms (makes sense), The Sorceress (good idea), and frickin ORKO! That’s right; the floating, witch-hatted robe who could almost do a little bit of worthless magic but mostly just hovered around talking like he was huffing Helium, also knew of the biggest secret in the land. Now, whose brilliant idea was it to tell the most talkative and irritating critter around the most coveted piece of info on the planet? That’s what I’d like to know. 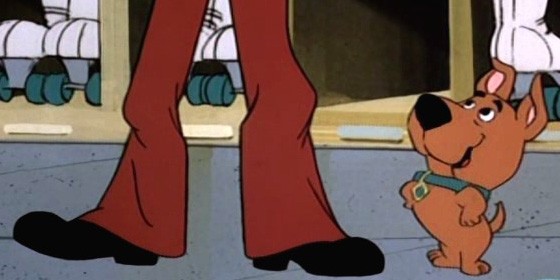 That Little Bastard that Crapped on a Franchise

Sometimes, as with Sit-Coms, when the story appears to be getting stale, another cast member is brought in to liven things up a bit. Maybe it’s a baby, or a long-lost cousin, or, in the case of the otherwise great cartoon, Scooby-Doo, it’s another damn dog with a street-wise mouth and, more or less, the polar opposite demeanor of the star! Scrappy is, by far, the most irritating dog in all of Hanna Barberra’s toon universe and that even includes Yabba Doo and Dyno-Mutt. Scrappy succeeded in getting himself into far more trouble than he was worth. If I were Scoob and Shag, his little ass would be back in that crate on the train he fell off of. Where was he going, anyway?