Ten Asinine Versions of The Twelve Days of Christmas 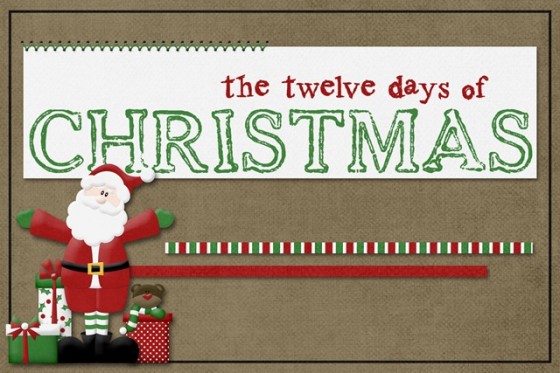 Well, it’s Christmastime folks. And you all know what that means, right? Yeah, yeah, sure, gifts, and Santa, and family and shit like that… but what really stands out this time of year are the horrendously bad versions of classic and well-known Christmas songs. It seems each and every year a “new take” on a standard makes itself painfully known and we, the suffering listeners, have to put up with the abhorrent repetitiveness all frikkin season long. Yay for us.

You’d think that after a few versions of one specific title fail to impress, other artists would eschew the opportunity to screw up yet another classic. But sadly, you’d be very, very wrong. Submitted for your displeasure are ten versions of the Holiday mainstay “The 12 Days of Christmas,” a song so innocuous and simple that one might wonder how something so basic could go so terribly wrong.

Well, you’re about to find out. Oh, don’t misunderstand me — just because most of these are vocally akin to a Christmas horror movie murder doesn’t necessarily mean they aren’t silly. One time, and one time only. After that, they’re just grating and painful to endure. And I did. For you. So the least you could do is listen to a few bars and decide (the answer is WTF?) for yourselves. Carry on.

The Crypt Keeper – 12 Days of Cryptmas

Guess why the HBO series Tails from the Crypt had John Kassir do the Keeper for just a few minutes at the beginning and end of episodes? Because after a few minutes his voice gets really, really irritating. So here he is and his several-minute version of "The 12 Days." Good Lord.

Hey! Remember when Dee Snider and the band rocked a few hits back in the '80s? What with all the big hair and makeup and the appearance in Pee Wee's Big Adventure and stuff? Well, guess who made their own version of "The 12 Days"? Yep. Them. And it's funny for precisely 12 seconds.

I adored Scrubs and when that show was on, it was so on. And yes, they had their parody of "The 12 Days" as well. And I have to say, it's a bit better than some, but it still feels forced for the sake of a laugh. Oh well.

I have nothing against Allan Sherman. In fact, his "Hello Mudda, Hello Fadda" thing is a pretty epic piece of classic comedy. So, how's his goofy interpretation of "The 12 Days"? Probably the funniest one on here. It makes me laugh because it's so kitschy and rushed. Enjoy!

John Denver and The Muppets

If I had a gun to my head, I'd honestly say this version is a pretty decent one, too. Sure, it's dated for obvious reasons, and it really does look like John Denver (a Muppet staple) is constipated or something... but all in all, it's sweet and pretty hilarious. How can you not love Miss Piggy's forever classic, "Ba dum bum bum...."

I honestly don't know what people find so frikkin funny about some comedian acting drunk. Victor Borge mastered it, which is saying something, but this guy's shtick wears thin almost immediately. I've never seen him before and, frankly, I have little desire to see him again. In his defense, he can drink a bunch, alcohol or not.

I don't know what this is supposed to be. I guess it's funny to someone, but I listened to it and just arched my eyebrow in quizzical wonderment. Oh well. It is what it is and it is on this list.

Alvin and the Chipmunks

Alvin and the Chipmunks only wavered in popularity a little bit between both their original incarnation, their cartoon years, and their recent resurgence. But it's this classic clip that really brings you back to how it all began. Match this with their version of "Christmas Don't Be Late," and you have yourself a high-pitched party. Woo-hoo!

The Twelve Days of Yaksmas

Ren and Stimpy was irreverence at its finest. Filthy humor, bizarre episodes, and thinly veiled sexual tension between a cat and a dog. Ah, classic cartoons... is there anything better? Sadly, this song doesn't really hold up in either its intended holiday goofiness or its use of bits from the show's episodes. It's funny once, but then you remember why it stopped being funny the first time.

Just because it's incredibly stupid doesn't mean it isn't my favorite. In fact, I grew up watching old SCTV episodes both in Canada and on the original incarnation of Comedy Central. I love me some Bob and Doug, and Strange Brew is one of my favorite flicks. So be prepared to get coated in a thick syrup of Canadian humor, ya hoser.