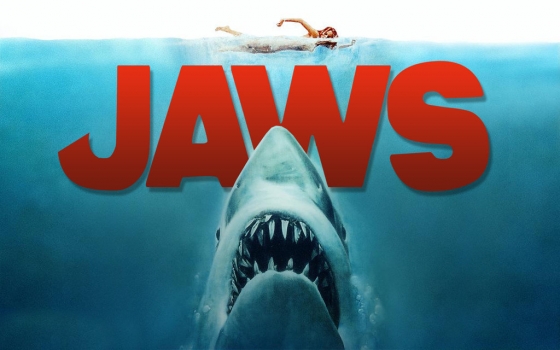 Horror flicks are chock full of tropes and common themes. Everything from chainsaws to masked killers to silent murderers to deadly and vengeful spirits. It’s all been done, and frankly, so has deadly animals, but just not quite as much. Sure, back in the 50’s during the heyday of the ‘Atomic Age’, giant bugs and spiders and lizards tromped all over creation, but the fad quickly died. Besides, those were all considered Science Fiction more so than Horror anyway. Enter the 60’s, 70’s, 80’s, and beyond and then there were the true, deadly animals. Ones no one expected. Animals we’d once considered innocent, or even friendly. 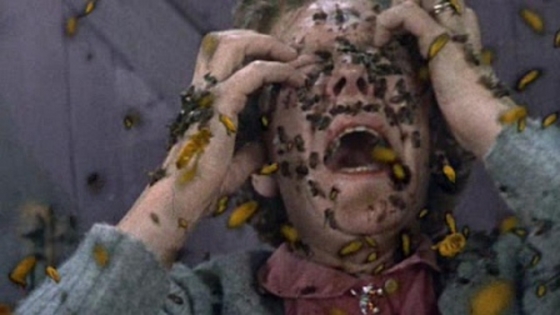 Why do animals kill? Simply put: because we mess with them and their surroundings. It just doesn’t get much more to the point than that. Animals tend to either leave us alone or hang around us tolerating our spongey companionship. They let us pet them, cuddle them, and even gawk at them from afar without, typically, too much pain in the process. However, when we jack up the status quo… well, take a look.

Danny Garrison is a lonely, uh, loner and he has no damn friends! Loners… am I right? Anyway, he eventually befriends a giant-ass rat named Ben who just so happens to be the leader of a whole bunch of rats who were trained by Willard from the first flick, titled Willard. Ben is better. That’s why I included it. Well, that and the cool Michael Jackson song. Oh, the rats kill a bunch of unsuspecting morons. Ben lives on… ha ha ha ha ha!!!

A new breed of Venezuelan Spider has been discovered and is being brought to America, on accident (of course), by a bunch of stupid scientists. Because that’s how these things always start: someone travels to a distant jungle and ends up dragging some kind of killer thing back to America. Anyway, these new arachnids breed with a local spider and the offspring began killing the townsfolk by the tens! It’s mayhem! This movie also includes a fantastic death by nail gun.

The same guy who would go on to fame with the classics Psycho, Vertigo, and North by Northwest also made a pretty silly movie about killer birds. That’s right, Alfred Hitchcock created terror with forced perspectives and crappy avians-on-strings. Though it’s goofy and pretty ridiculous over all, it does a fine job of making folks not want to go near birds. Or the sky. Or parking lots, I guess. Also, it has Tippi Hedron… so there’s that, I guess.

Creepshow is what happens when you mix part Stephen King with Part George Romero and smother it all in luscious E.C. Comics. It’s an anthology with each story written by King and directed by Romero. Beautiful. In one particular story, E.G. Marshall plays a secluded hermit who is a huge germophobe and hates filthy society as a whole. Little does he know that his humble, and as far as he knows impenetrable, fortress is about to be overrun by an actual shit ton of cockroaches. They are everywhere, including in him. It’s really, really gross.

This particular little piece is not about the gigantic dinosaur lizard thing himself, oh no. It’s about Destroyah who just so happens to be made out of Atomically fused crustaceans. That’s right, boys and girls! He’s created from mutated crabs and stuff! Good Lord! He’s huge, menacing, and -much like his adversary- stomps the shit out of cities, towns, burgs, villages, and townships. He is not very nice.

The O.G. Piranha came out in 1978 as a kind of fishy answer to Jaws (get it?). It was James Cameron’s first flick and it was incredibly crappy. So we chose the remake from 2010 because it is far superior (though still plenty shitty), and has far better kills and dismemberments. In fact, there are also scantily clad women and gallons of blood! What more could you want? The fish are digitally rendered, but they look pretty decent and definitely wreak some epic havoc on the people dumb enough to go in the water. Blood!

David Cronenberg is a genius. He knows how to make a gruesome horror flick and fill it to the brim with psychological ‘body’ terror. The Fly is indeed a remake, but it is far, far superior to the Vincent Price original from the 50’s. It features Jeff Goldblum trying to master matter transportation from one pod to another when suddenly… a fly! And then the real shit hits the fan and he begins slowly turning into a fly. Sure, he doesn’t actually kill anyone, per se… but he does swat himself.

Another King tale (ha!) featuring a killer animal. We could have filled this list with King’s nasty beasts, but we chose to stick with two. Here we have the story of a dog bitten in the snout by a rabid bat, his agonizing change into a vicious, slobbering monster, and Dee Wallace and her son trapped in a sweltering car by said dog. The tension is palpable, the atmosphere is heavy with death and stinky, wet dog, and this might be the only time you get to see a broken baseball bat shoved into an eye. Well, until Negan does it.

We’re throwing you for a loop here because this wack-a-doodle piece of genius ‘Found Footage’ directed by Bobcat Goldthwait is actually about angry Bigfoots! A couple heads into the wilds of California armed with cameras and curiosity in hopes of filming a Bigfoot right where the Peterson-Gimlin film was shot. Eventually getting helplessly lost and scared, the couple begin hearing whooping sounds and freaky rustling! Oh no! RUSTLING! Anyway, after meeting a crazy woman who’d gone missing, the Bigfoot kills the couple. Yay happy endings!

Here it is, kids, the end-all-be-all of killer animal flicks and really, the grandaddy of all the ones we know and love today. In 1975 Stephen Spielberg decided sharks weren’t scary enough just existing in all the oceans and set out to make a horror movie featuring a really silly looking fake shark. Fortunately, it’s shot in such a way that the rubbery giant fish doesn’t appear over-the-top goofy and does a fine job of scaring everyone enough to keep them out of any form of water for life, up to and including pools, bathtubs, and freshwater lakes. The shark is fought off by Richard Dreyfuss, Roy Scheider, and the wonderful Robert Shaw. Don’t worry, shark fans, there are way too many sequels than necessary.