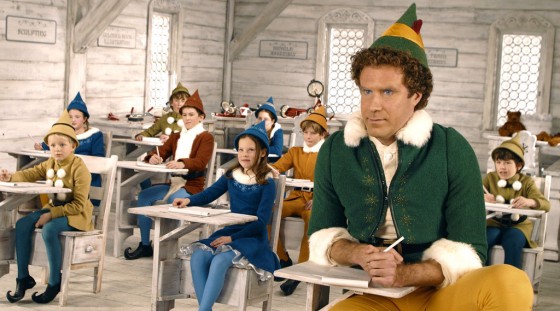 It seems that nearly every single Christmas special (excluding a few) feature Santa, prominently, but have you noticed that they also feature an elf or two? And what would the jolly big man be without his cadre of toy-making elves? Well, he’d be delivering precisely dick on Christmas morning for one, since those lovable little imps make all of his gifts. So you see, a North Pole without elves is a North Pole I don’t want to believe in. Check out some of Santa’s finer employees from movie history, won’t you?

Highlighted by Harry Connick, Jr. as the animated narrator, The Happy Elf tells the story of Eubie the Elf, one of Santa’s helpers whose overly enthusiastic, rose-colored view of the holiday season is put to the test when he sets out to bring Christmas joy to a dreary town called Bluesville.

9) The Elves – Santa Conquers the Martians

Largely considered one of the most terrible movies ever created by human hands, the dreck that is Santa Conquers the Martians has lately become more of an underground cult holiday treat. Released in 1964 (and ridiculed magnificently by MST3k 30-plus years later) it was directed by Nicholas Webster, and stars John Call as Santa Claus. It also includes an 8-year-old Pia Zadora playing the role of one of the Martian children.

I’m sure this made-for-cable Christmas vehicle starring Nick Stabile and Lauren Holly is a magical piece of holiday delight (though I doubt it). What really matters is an elf called Stan. And that’s cool. 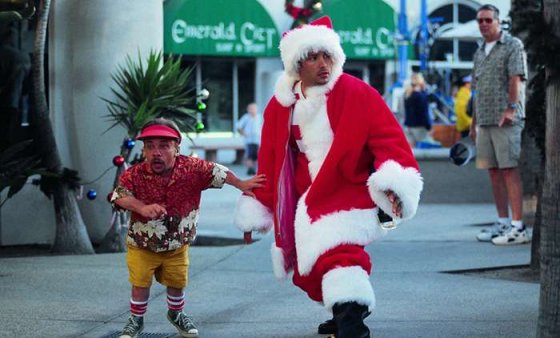 The first half of this film, set hundreds of years ago, shows how the old man who eventually became Santa Claus was given immortality and chosen to deliver toys to all the children of the world. The second half moves into the modern era, in which Patch, the head elf (Dudley Moore), strikes out on his own and falls in with an evil toy manufacturer (John Lithgow) who wants to corner the market and eliminate Santa Claus.

The film begins in a bar on a December night in Milwaukee, where we’re introduced to Willie T. Stokes (Billy Bob Thornton), a bitter, lonely alcoholic. Willie works the holiday seasons as a mall Santa along with his vertically-challenged friend, Marcus (Tony Cox), who works as his elf. Every Christmas Eve, the duo disables the security alarm after the mall closes and they rob the safes and various other sundries. It’s a feel good film for the whole family!

5) Jingle and Jangle – Year Without Santa

Two of Santa’s elves, Jingle Bells and Jangle Bells (seriously) decide to go out (with Vixen) to find children to convince Santa that the Christmas spirit is still important to everybody else. But they have to get past Heat Miser and Snow Miser first, before they land in Southtown, USA, where it never snows for Christmas. One of the elves sounds like Chumley the walrus from Tennessee Tuxedo.

Sam the snowman tells us the story of a young red-nosed reindeer who, after being ousted from the reindeer games because of his birth defect (damn mean-ass reindeer), teams up with Hermey, an elf who wants to be a dentist or possibly a fashion consultant, and Yukon Cornelius, the prospector. They run into the Abominable Snowman and find a whole island of misfit toys. Rudolph vows to see if he can get Santa to help the toys, and he goes back to the North Pole on Christmas Eve. But Santa’s sleigh is fogged in. But when Santa looks over Rudolph… I think you know the rest.

While Scott Calvin is being argumentative and peevish about the responsibilities of becoming Santa he seems to have inherited, the head elf, Bernard (David Krumholtz), shows him a microscopic inscription on the card found in the suit which says that upon the death of the previous occupant, whoever dons the suit assumes the identity of Santa Claus and all the responsibilities that go with it, giving up his previous identity in the process. This is, in fact, the “Santa Clause,” as summarized by Bernard: “You put on the suit, you’re the big guy.”

Buddy (Will Ferrell) was a baby in an orphanage who stowed away in Santa’s sack and ended up at the North Pole. Later, as an adult human who happened to be raised by elves, Santa allows him to go to New York City to find his birth father, Walter Hobbs (James Caan). Hobbs, on Santa’s naughty list for being a heartless jerk, had no idea that Buddy was even born. Buddy, meanwhile, experiences the delights of New York City (and human culture) as only a ridiculous, childish elf can.

A cop out, you say? Yes sir, you’d better believe it! Santa is considered an elf! Sure his visage has ‘grown’ over the years, but if you take a look at the classic Moore poem, Twas The Night Before Christmas, he is described as a , ‘Right jolly old ELF.’ So, with that, Santa had to be number one. Ta Da!