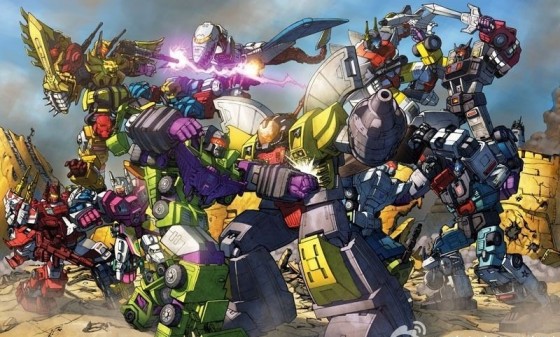 If you read that title and thought, “the coolest what now?” It’s entirely possible you likely didn’t grow up in the 80’s when the Transformers craze was in full swing. Or perhaps you weren’t allowed to play with epic toys and were limited to “going outside” and “using your imagination”. If that was the case, I am so very sorry about that and I hope years of successful therapy have cleansed your soul.

However, if a little spark of interest sugar-coated in joy lanced through your body, then you, too, remember what the Transformers Combiners were and just how fantastic a classic toy. You see, back when the best in Transformers toys ruled the shelves, kids like me and countless others were shown what truly amazing playthings these robo-vehicles could be. Not only could they do their typical switcheroo, but they also could combine with as many as six other characters and form one huge, bad-ass robot! Yes, yes, a little like the Devastator from one of the stupid recent Transformers flicks, but far, far more amazing. Let’s take a look at the coolest of the bunch, shall we?

Liokaiser, besides being an incredibly cool name, is the combined build of Decepticons Leozack, Drillhorn, Guyhawk, Hellbat, Jallguar, and Killbison. And yes, feel free to follow those links to what each and every one of those “BreastForce” Transformers can do. And no, I did not misspell that. On, fun fact: His toy was only released in Japan and comes with almost no “kibble”! So, that’s cool. Right? 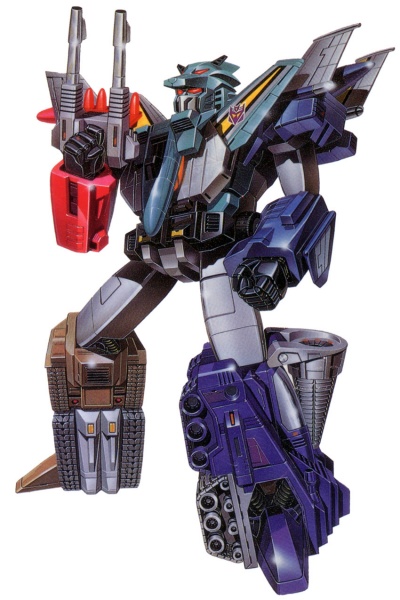 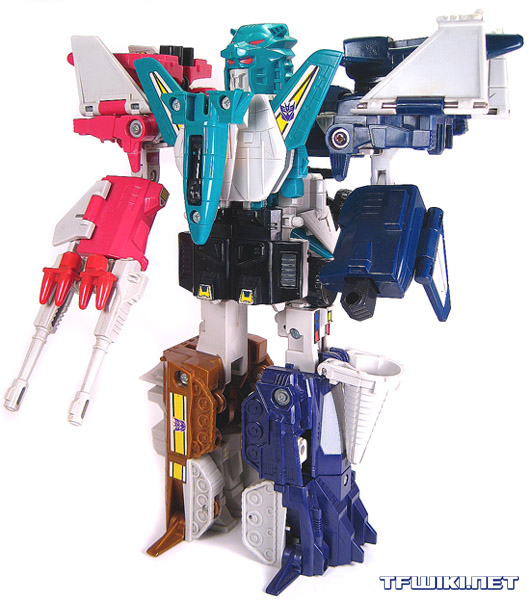 Predaking is the towering and incredibly heroic combination of all five of the Predacons: Divebomb, Headstrong, Rampage,Tantrum, and team leader Razorclaw. On, and I guess he was a Decipticon… so maybe not so heroic. More like asshol-ic. I suppose. Anyway, fun fact on this dude: Predaking is an idiot. Seriously, the guy’s intelligence is based on a bunch of feral animals. Moron. 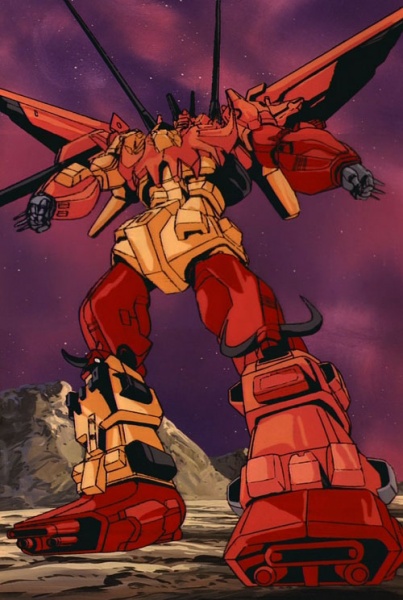 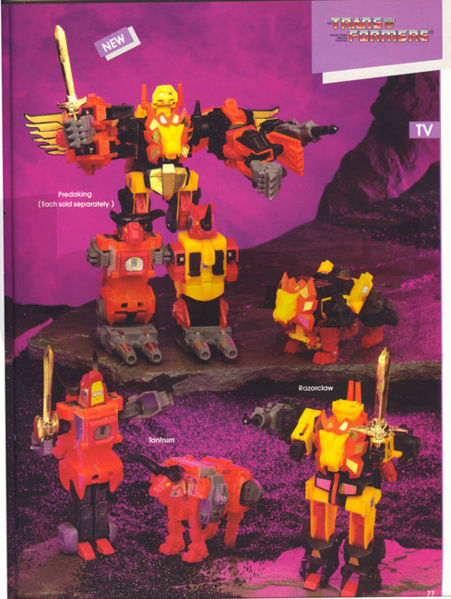 Menasor is a menacing (ha!) Robot built from the joined forces of all the Decepticon Stunticons which happen to be cars, because for a while there the bad guys were also Auto-Bots… or something. Anyway, the names are MotorMaster, Breakdown, Dragstrip, Dead End, and Wild Rider. Fun fact about this cat: he is mentally unstable and prone to violent rages! He’s a hoot at parties. 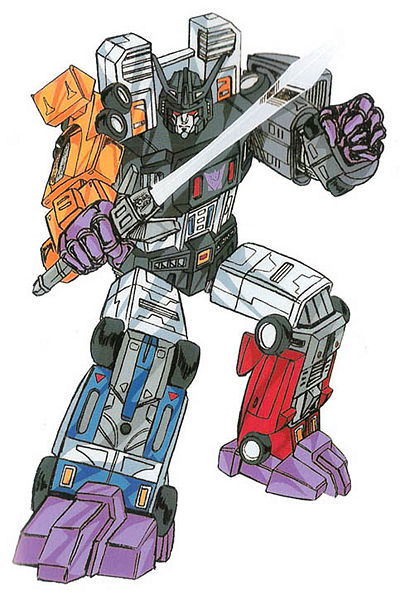 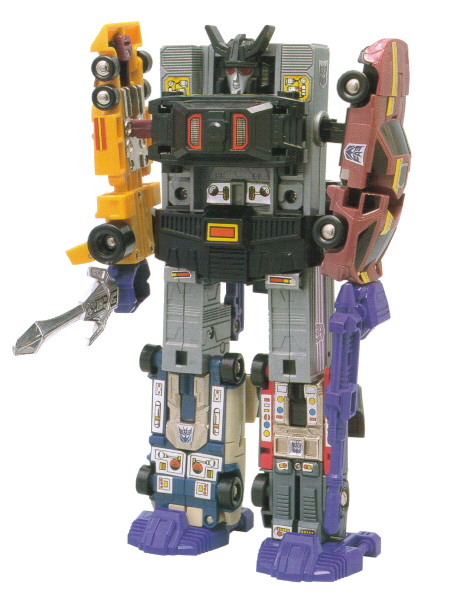 So guess what? In direct opposition to the previous Transformer, Suprion is an Autobot formed by combining all five Arialbots, which happen to all be jets and air flying robot guys… with cool names! Here we have Silverbolt, Air-Raid, Fireflight, Slingshot, and Skydive! Neat! Anyway, here we have another fun fact: Superion’s toy legs look goofy. Seriously, look at those stilts! Ha! 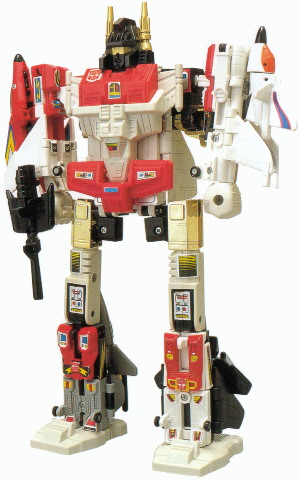 Piranacon is yet another Decepticon, because as goes the old adage, “The bad guys kick far more ass than the good guys.” That is an adage, right? Anyway, this gigantic collection of five other robots forms from the Seacons, Nautilator, Overbite, Seawing, Skalor, and Tentakill. Boy, my spell check had a friggin caniption with those names. Oh, right, fun fact: Megatron and Piranacon are often seen sharing a six-pack and watching reruns of Mad Men. 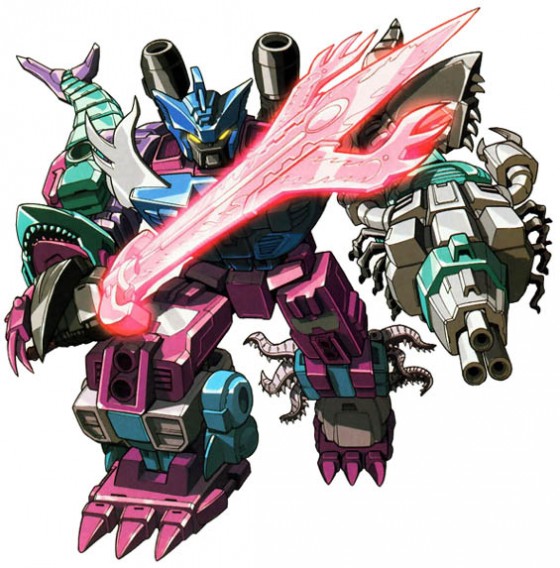 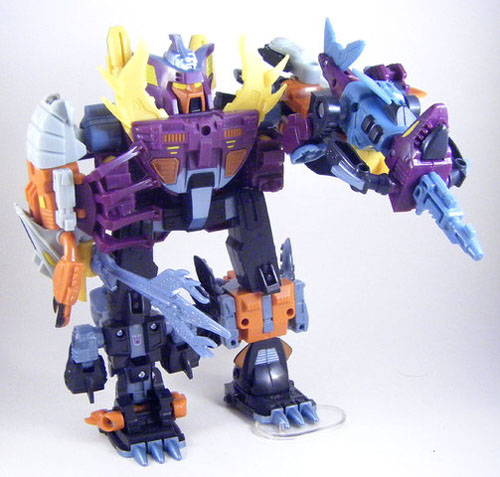 Abominus is an Elder God created by H.P. Lovecraft as part of his C’thulu mythos. Just kidding, he’s a big ass Transformer made from other, smaller, Transformers! Ha! Seriously, he is the combined bots from the Terrorcons team which, surprise surprise, are also Decepticons. The team includes Hun-Gurrr, Rippersnapper, Blot, Sinnertwin, and Cutthroat. And yes, the fun fact is all of these particular Transformers are based on fantasy-type monsters. Creepy! 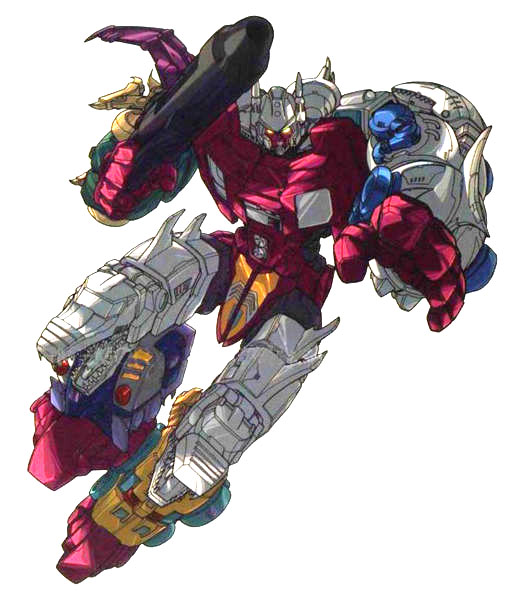 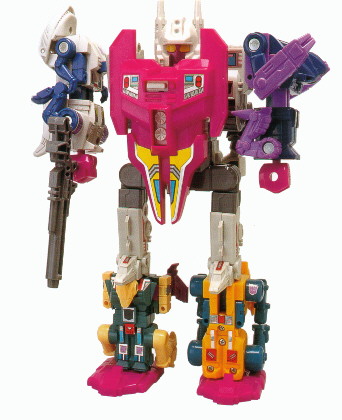 Did you guess that Bruticus is also a Decepticon? No? Well you’re an idiot. Not only is this robot combiner a bad guy, he’s also dumb! Yay! Anyway, he’s made from Onslaught, Brawl, Blast-Off, Swindle, and Vortex, also known as the Combaticons. Which is kind of a dumb name, too. So, fun fact, one time he fought Ultra Magnus which I guess makes sense because a Transforming Car Carrier can probably beat a giant mass of five robots. I guess. 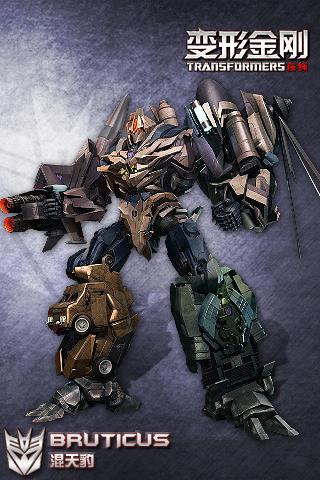 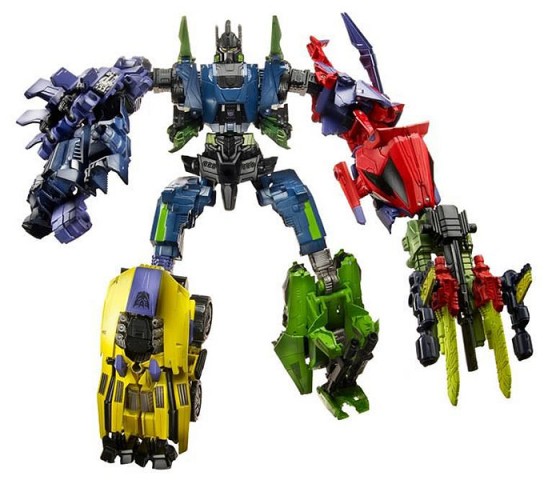 Well this is diff… no, no it’s not. It’s another Decepticon because it is and it’s my list and I felt like it. This particular fella is probably the most well-known combining Transformer due to its frequent appearances on both the G1 cartoon series and the ridiculous movie. He is formed by cramming all the Constructicons into one, gigantic robot, including Hook, Bonecrusher, Mixmaster, Scrapper, Longhaul, and Scavenger. Fun fact: He might be the best part of Revenge of the Fallen, and that’s saying something. 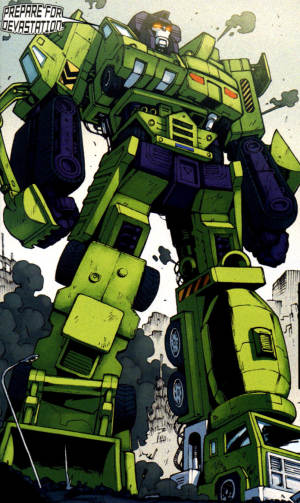 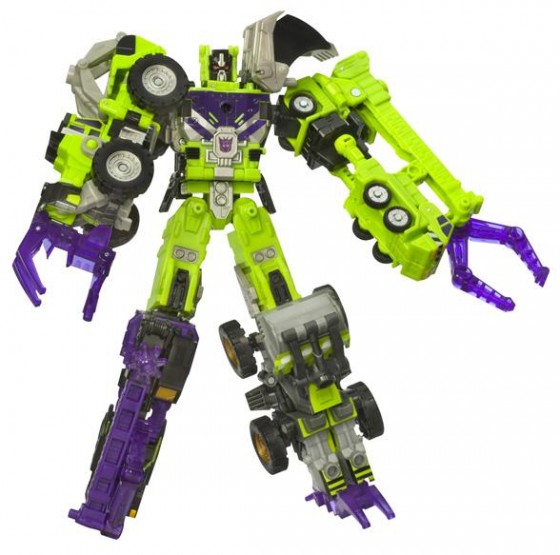 Scattershot, Afterburner, LightSpeed, Nosecone, and Strafe are the Technobot Auto-Bots that form Computron, the towering hero who, surprisingly, isn’t a dope! In fact, to a fault, he spends inordinate amounts of time analyzing the battle plan before assisting, which often times makes him too late. Thanks a lot, ya lumbering Poindexter. So, our fun fact (besides the one I just told you) is this: the Technobots were formed from parts of Unicron’s head by Grimlock! Neat! 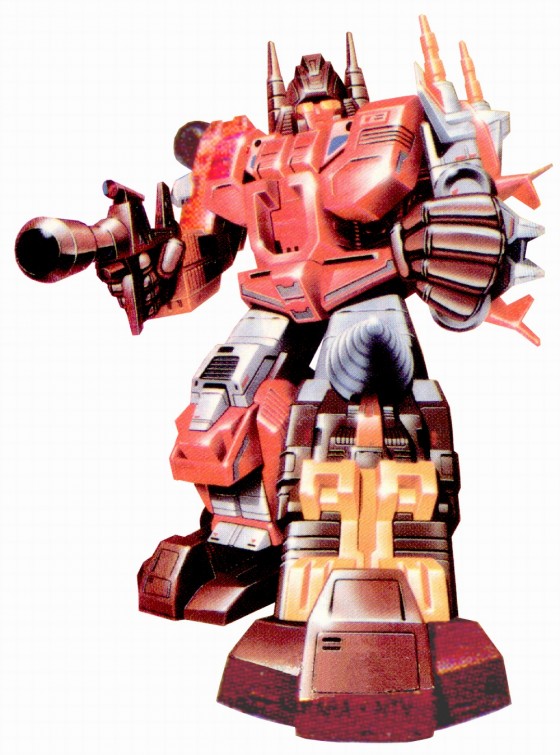 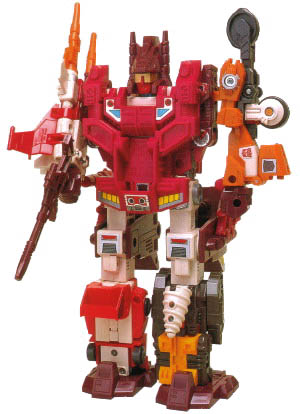 How cool is the name Road Caesar? Very. And he is an Autobot with the combined might of all the Brainmasters, which include Blacker, Laster, and Braver and is often… wait, are those seriously the names of the Autobots that make this guy? Okay, whatever. Anyway, he is often considered the greatest warrior of all the combining Transformers. Even if (fun fact) his toy has some serious birthing hips. Sexy. 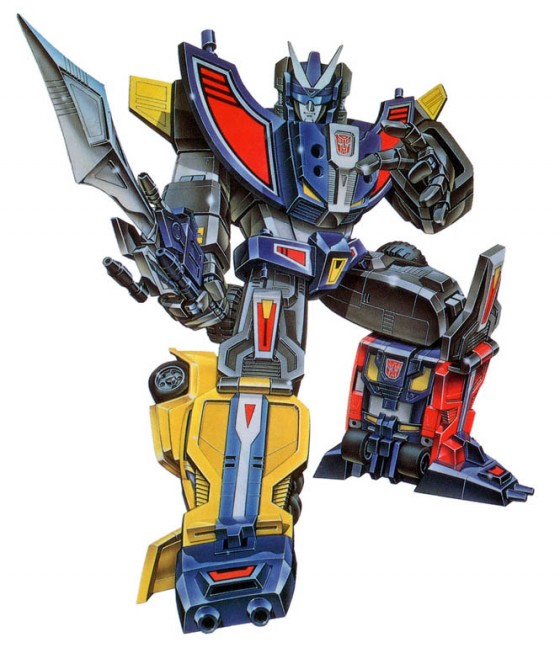 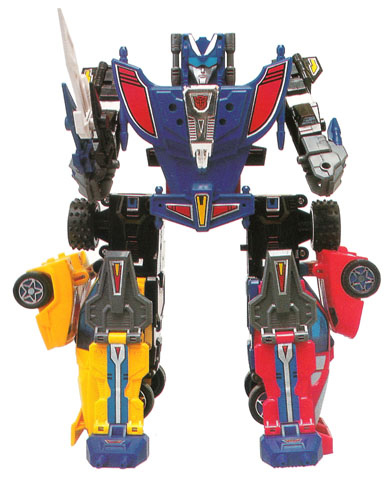