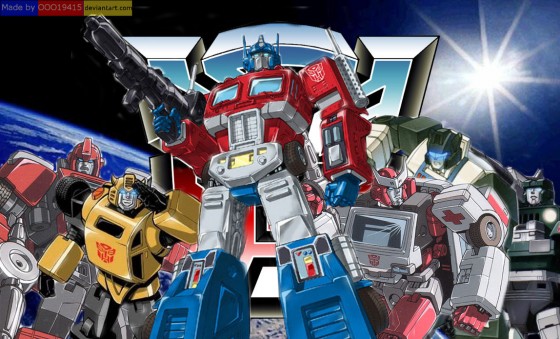 As a young kid who grew up in the 80s, I used to watch every Transformers episode, never missing a single one. But because I came from a poor family, the ability to buy even one of my favorites would only happen in my dreams. Now older and somewhat richer, I’ve collected more than 60 Generation One (G1) Transformers toys, and they sit up high on my shelves like trophies. Out of all those I’ve amassed, ten of them are selected as the best collectibles. And believe me, picking only ten out of all the awesome Transformers I have was not easy, so please don’t get upset if you don’t see your favorite one(s) on this list. My list is not in any particular order because they are all precious to me. I’m going to leave this brutal decision to you instead. Who’s your favorite? 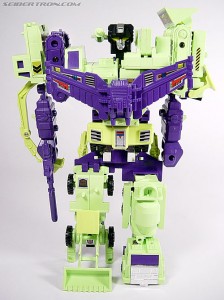 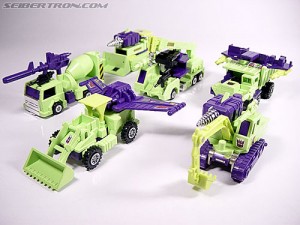 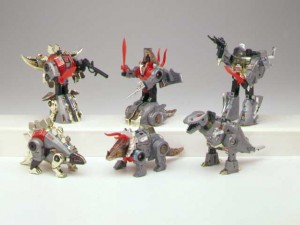 Dinobots are a group of five Autobots who can transform into dinosaurs. They are Grimlock (tyrannosaurus rex), Slag (triceratops), Sludge (brontosaurus), Snarl (stegosaurus), and Swoop (Pteranodon). They are mostly grey with gold and red touches. All five of them look perfect together. 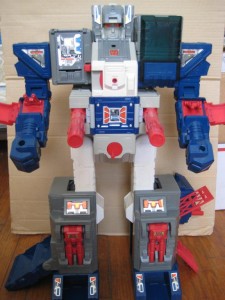 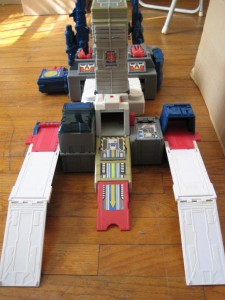 Fortress Maximus is the most gigantic Transformers toy in G1 (and also the most expensive). Standing two-feet tall in robot mode, he makes all other Transformers look like midgets. Since he’s a Headmaster Transformer, his head, along with his human ally, Spike Witwicky, can detach and transform into a robot, Cerebros. Fortress Maximus can also transform into a battle station and city. Because of its ultra rareness, I had to buy the whole thing used on ebay (but in great condition). 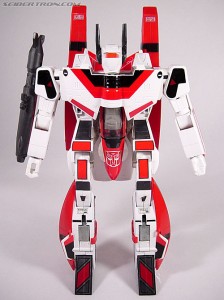 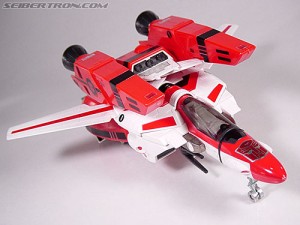 Jetfire, or Skyfire, is a very handsome red, white, and black Autobot. He can transform into a jet (of course), and his Jet mode looks just as good as robot mode if not better. I like his big red rocket boosters on his back the best. 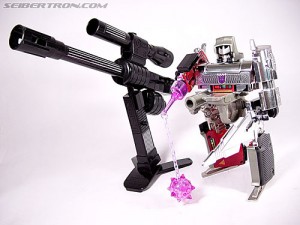 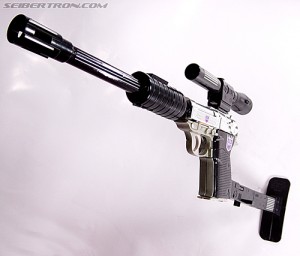 I bought this reissued die-cast Megatron because of its high quality. He can transform into a handgun with detachable scope, handle, and silencer in gun mode. If this is not awesome enough, the gun can actually shoot pellets. 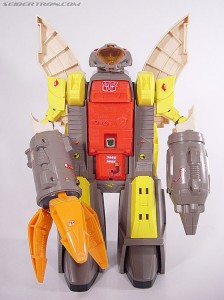 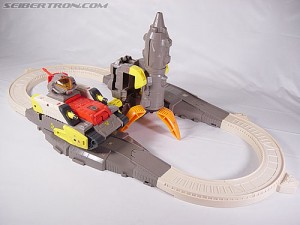 Omega Supreme is the most powerful Autobot who can transform into a tank. He’s also the only motorized Transformer I have. When in tank mode, he can roll on the track pieces that are attached on his back in robot mode. This toy comes with many parts, and he’s quite bulky and quite difficult to transform, so I’ve only transformed him once since I found him a few years ago. 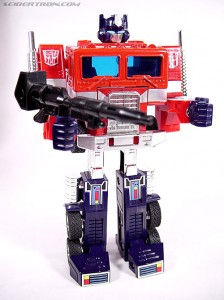 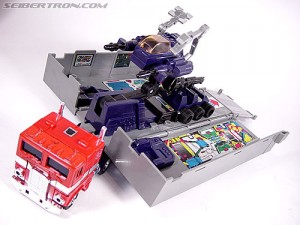 How can Optimus Prime not be on this list? This Optimus Prime is another reissued die-cast I bought. The quality is just as sick as the reissued Megatron. The main cab is the robot, and his trailer can unfold to form a base, with a bunch of other accessories inside. 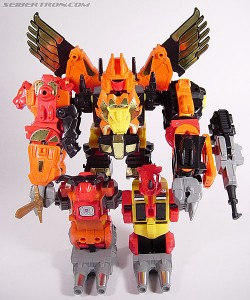 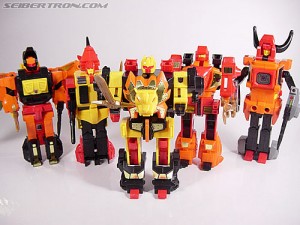 Similar to Devastator, Predaking is a combined form of five fearsome wild beasts called Predacons. The Predacons are Razorclaw (lion), Rampage (tiger), Divebomb (eagle), Tantrum (bull), and Headstrong (rhino). Each individual one is a flashy piece, with bright red, orange, and yellow as the main color scheme. The lion-head chest formed by Razorclaw is my favorite. 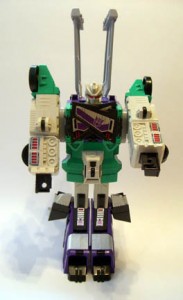 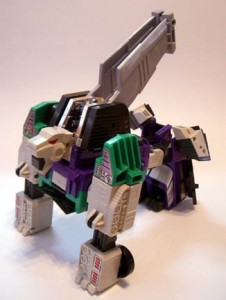 Sixshot is called Sixshot because he has six different forms! Other than robot mode, he can transform into an armored carrier, a tank, a jet, a laser gun, and a wolf. His color scheme is white, blue, and green. Although he has six transformations, three of them look quite similar. I still like his robot form the best. 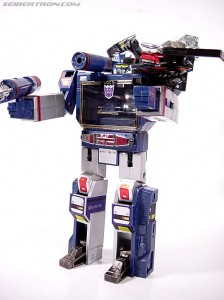 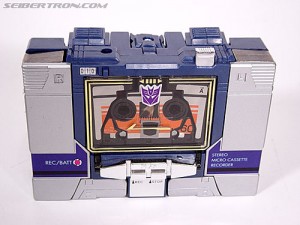 Last but definitely not least, Soundwave is arguably one of the most popular Transformers toys in the world. The blue and grey theme looks exceptional in his robot and alternate mode. This reissued Decepticon comes with Laserbeak, the cassette that comes out of Soundwave’s chest who can transform into a bird.

These pictures are borrowed from the internet rather than taken by me (mostly from Seibertron) simply because I never took any pictures of them.