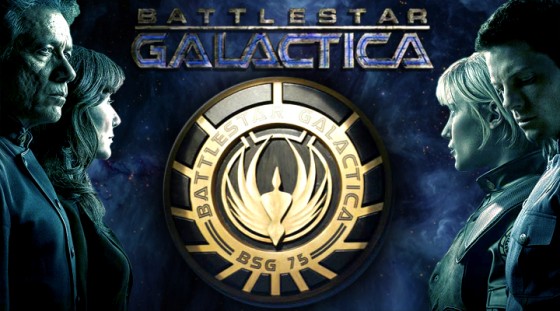 Opening credits sequences for serialized television might not seem important in the grand scheme of things, but they do serve a purpose. The very best ones establish a tone and theme that define the series. A successful credits sequence should reveal to the viewer the type of show they are watching, as well as tease them into wanting more. Style of editing, choice of images and musical score all contribute to great opening credits. Here are ten series, from the past, that do it the right way.

A kickin’ song by The Von Bondies combined with quick-cut close-up shots of a New York City firehouse let you know you’re in for a crazy trip inside the lives of some truly messed up firefighters.

A pounding soundtrack quiets in the middle before building to a crescendo with a POV shot of train hurtling through a dark tunnel. It effectively encapsulates the frenetic and sometimes tragic existence of a New York homicide detective.

You get a succinct backstory followed by precise character introductions all set to an oddly patriotic score. Oh, and lots of cars crashing. This one screams ’80s action series.

It’s fast paced with headbanging music and filled with shots of demons, edged weapons and vampires getting dusted. It makes perfectly clear this isn’t your ordinary teen dramedy.

Helicopter. Ferarri. Gun. Car exploding. Hot chick in bikini. This sequence has it all. It’s compelling evidence that being a private eye in Hawaii is the coolest and most badass job in the world.

Mob kingpin Tony Soprano smoking a cigar and driving down the Jersey Turnpike. It tells you all you need to know without saying anything, if that makes sense. Everything works, from the killer song “Woke Up This Morning” to the sliding font.

Composer Jan Hammer’s eclectic score meshes beautifully with various shots of beaches, boats and glassy skyscrapers. The show may have been about cops, but the real star was the city of Miami.

Similar to the credits for Oliver Stone’s film Natural Born Killers, the opening to HBO’s smash hit vampire series mixes redneck and religion, with a side of skank. It oozes sleaze, but in a good way.

A kick-ass prologue to one of television’s greatest sci-fi series. Bear McCreary’s atmospheric soundtrack slumbers in pathos before awakening to throw a roundhouse punch at the end.

No small screen offering depicts the drama and horror of war as accurately or intensely as Band of Brothers. Michael Kamen’s haunting score cut together with stunning images transform the opening credits into a timeless work of art.