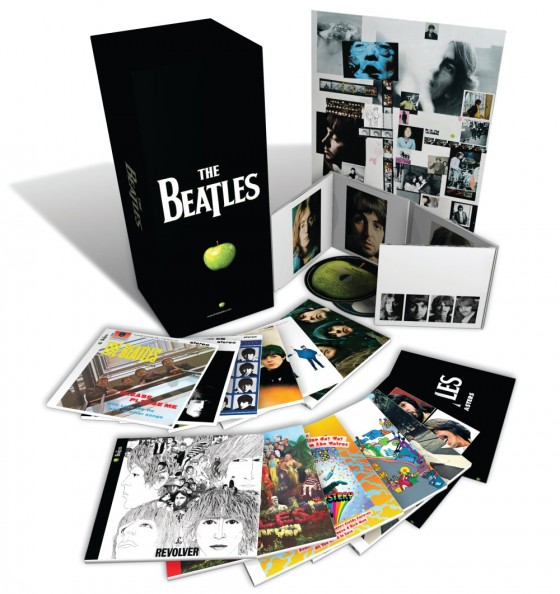 This, folks, is where I tread into shark infested waters. But, I figure I have just as much right as anyone raised on the music of that foursome from Liverpool to list out their best tunes. The Beatles have become, quite possibly, the most talked about, and subsequently fought over band in the history of recorded music. Seriously! I highly doubt spirited debates on which of Beethoven’s Symphonies sucks harder than another have spawned through the course of musical history quite like those about the Beatles’ songs. Someone once said… or maybe I read it… that picking a ‘worst’ Beatles song is like choosing your least favorite color; that is to say, you might love pink and not like brown, but you still own brown things. You know? 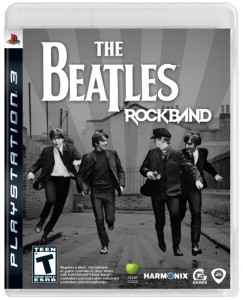 Now Beatlemania has sunk its claws into a whole new generation by not only releasing every one of the band’s albums on new, remastered sets, but also the juggernaut air-guitar game, Rock Band. The song list in Rock Band reads like a ‘Best Of’ on it’s own with tunes like: I Am the Walrus, Here Comes the Sun, Dear Prudence, Revolution, and forty-one others. This is certainly an ideal way for the modern youth to finally understand where much of the shitty mood-rock they listen to has some of its deeper roots.

Now, thanks to this Entertainment Weekly- issued list of the Top 50 beast Beatles songs as well as a far smaller ‘worst of’, I figured it was my turn. But, the point is, having such a wide array as 50 is a bit of a cop out. That’s why I’ve narrowed it down to a far more difficult Ten. It just seemed somehow more appropriate to bare more of my chest in preparation for the swinging axes to come. I don’t offer myself any more authority to create this collection than anyone else -though I will stipulate that it does help to know a bit about their music more than just a passing, ‘Oh, that’s the Beatles, isn’t it?’ So, as I don my verbal-protective armor… oh, and if you’ve read this far, you could be eligible for a prize at the bottom! Let’s begin:

10
Any Time At All
A Hard Day’s Night

With a middle eight comprised completely of chords, this song comes in at number 10… but not so much because of that. This song fully represents a bit of a transition from the poppy stylings of the Beatles first few albums and truly gives John room to wail.

Such a somber tune with not so much a chorus as a new stanza in the sorrowful story.

Wiki says, “Lennon proudly claimed that it was the first heavy metal song given the droning bassline, repeating drums, and loaded guitar lines.” And that’s precisely the point. The drum beats are particularly amazing.

Soft. Lilting. Oddly, originally meant to be harder and ‘chunkier’, this tune feels much like a ’50’s ‘Duo’ tune, which is, ultimately what it is.

6
The Fool on the Hill
Magical Mystery Tour

Allegedly a song about the appearance and existence of God as a mysterious man standing on a hill near the band members. Whatever the reason, it’s a haunting tune.

One of the band’s biggest hits in the U.S. thanks in part to its composition. It’s mid-spot on this list is, in part, for its tricky vocals.

This one’s simple: either you like it or you hate it, either way it’s one of their most popular songs. With a hefty nod from John’s writing skills to the surging popularity of Reggae in Britain, life does, indeed, go on… bra.

3
In My Life
Rubber Soul

Though this is Lennon’s description, “”ridiculous”, calling it “the most boring sort of ‘What I Did On My Holidays Bus Trip’ song”, and later, McCartney, “I find it very gratifying that out of everything we wrote, we only appear to disagree over two songs”, the other being “Eleanor Rigby”, the song is simply stunning and uses an opening guitar riff that can stand among the greats

2
And Your Bird Can Sing
Revolver

The hard-rocking, dual-harmony guitar riff masterfully pulled off by McCartney and Harrison just proves the point that this band contained some of the finest musicians in modern music.

1
Being For the Benefit of Mr. Kite
Sgt. Pepper’s Lonely Hearts Club Band

Bizarre. Musically complex. A full-on Carnival atmosphere. And easily one of The Beatles greatest contributions to the musical world. Brilliant. 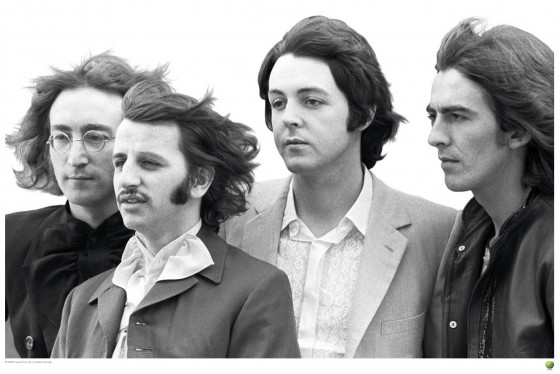 To help celebrate the release of the remastered CD’s, we have a fabulous lithograph for two lucky Gunaxin Readers, courtesy of Apple Corps Ltd. and EMI Music. In order to be eligible to win, you must just complete two easy steps.