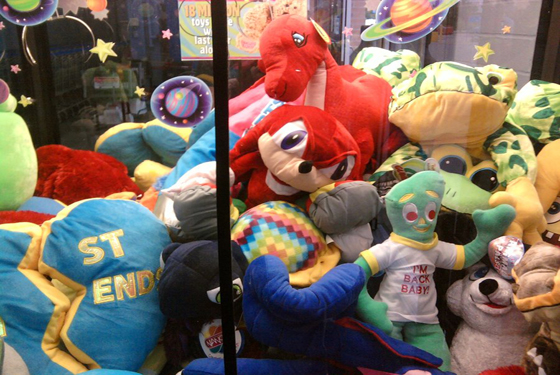 Ah, the Claw Machine. If there’s another gambling contraption that’s not a One-Armed Bandit that can drain a dad’s pocket more quickly, I’ve never seen one. They tend to turn up in the most inconvenient places right where any and all of my children can witness and beg for a try. But, the real shame in these machines is the combined threat of both its near impossibility, and its supply of pretty awesome swag. I am terrible at the claw game and have, over the course of my lifetime, maybe won 2 or 3 things. But, my buddy, Doug is amazing at it and tells me it’s all in the mirrors they use to confuse folks into believing they have the claw right over the item when they really don’t. Apparently it’s all in how you do it. Well, either way, here are ten really cool toys found in these damnable contraptions.

Of Course there's Angry Birds. Why wouldn't there be? One of Facebook's/the Internet's most popular games that literally features birds being flung at buildings that house pigs was just made for plush toys! Fortunately, since they are relatively round, the claw --you'd think-- would have a much easier time gripping them. You'd think. 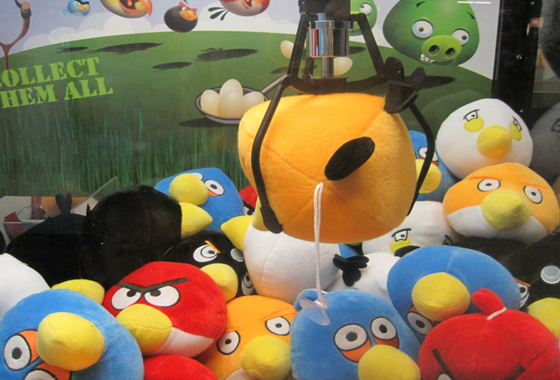 The hugely popular FOX cartoon created nearly 14 years ago, Family Guy merch has taken over almost as many avenues as The Simpsons. In this case, a crane machine game loaded with many dead-looking Brians, a few remaining Stewies, and what looks like a half-buried Peter. Kinda morbid, really. 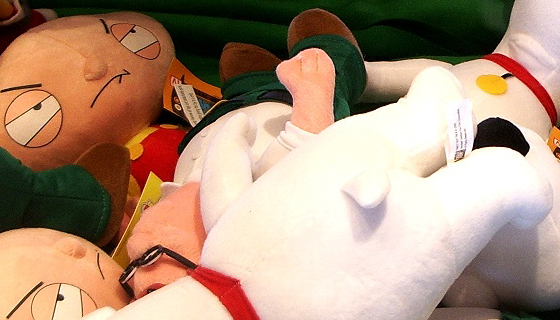 When new movie franchises hit the theaters --especially in the summer-- it's only a matter of time before their images grace everything from toothpaste to boxer shorts. So here we are with a bin full of Sinestros and Hal Jordans. Because we all know just how big of a hit Green Lantern was. Yeah. 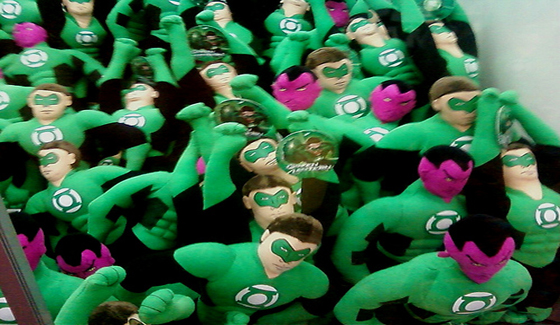 Spider-Man is never not cool. Even after the disaster that was Spider-Man 3 --I still have haunting images of Disco Parker and that ridiculous Topher Grace/Venom-- he still manages to remain as 'Amazing' as ever. Oh, and before you chastise me for that terrible pun, just remember that The Amazing Spider-Man hits theaters this summer. 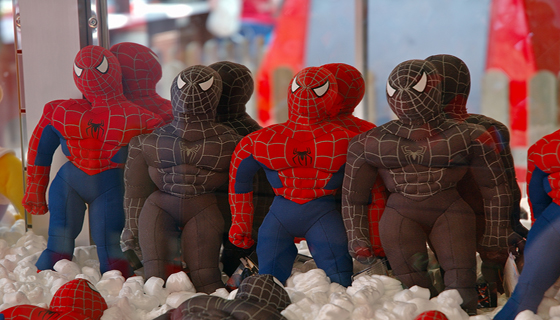 Speaking of The Simpsons... it's The Simpsons! If ever there was an animated series that has become one of the lug nuts on the spinning wheel that is Pop Culture, it would most definitely be The Simpsons. Lackluster seasons aside, The Simpsons will always survive. 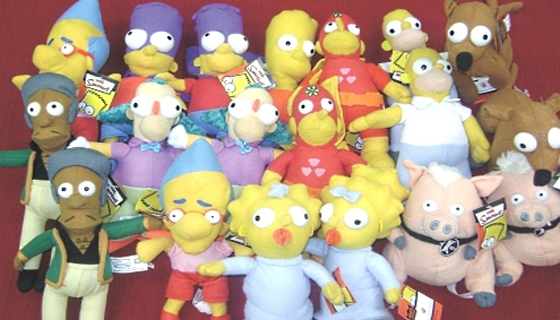 Now we're getting right into kick-ass territory. How cool are these little stuffed Star Trek fellas? Their minimalist facial features are spot on, and for cheaply-made toys, these guys really are... (ahem) boldly going (sorry) where no toy has gone before. (I'm so sorry). 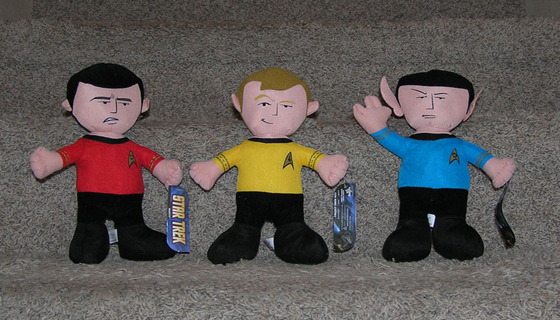 Nintendo's cast of characters, with their cartoonish features and child-like innocence, make absolutely perfect claw game fodder. In this collection there's a Wario, a Mario, Donkey Kong, and some Yoshis! Collect them all! 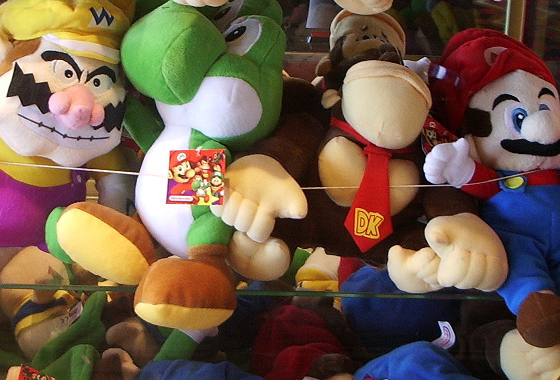 Kong is damn cool. I have no idea if there is a Godzilla for the Skull Island King to fight or not, but it would be really cool if there were. Also I'd love an entire kaiju (fighting Japanese monsters) collection with Mothra and Ghidora! Well, until then: KING KONG! 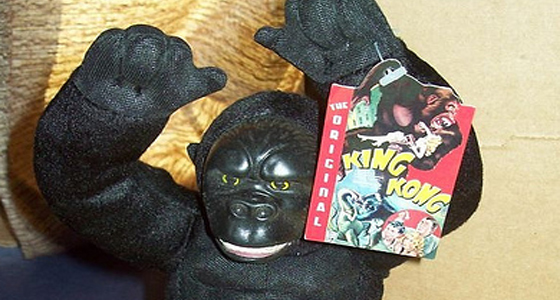 You can't have a toy line without The Dark Knight making it infinitely more awesome. 'Nuff said. 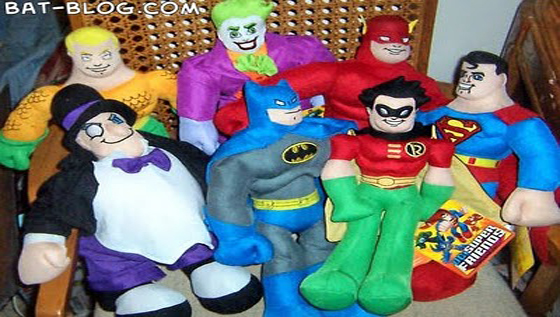 And here we have quite possibly the greatest collection of plush toys based on a film franchise found entirely in a claw machine... Ever! All for of the boys looking geared up and ready to take on a giant confection or even a Moldavian God. "Suck the guts in, fellas. We're the Ghostbusters." 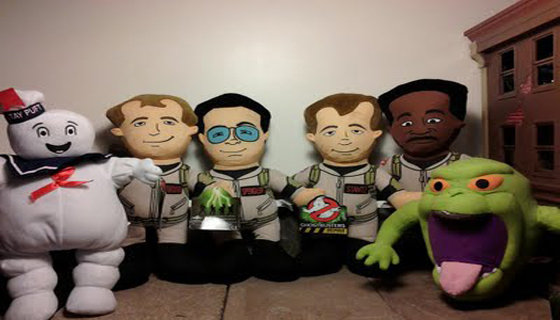