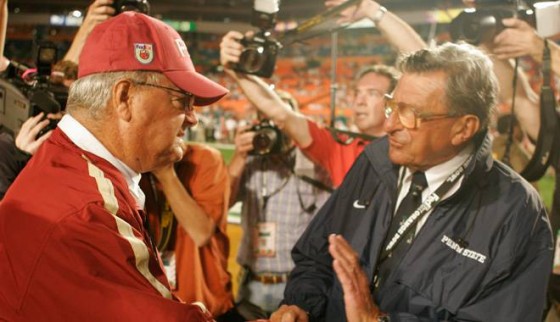 A few years ago, college football head coaching positions were much easier to hold on to. That does not mean that coaching was easier, just keeping your job. Joe Paterno spent 46 years as the Head Coach at Penn State. Bobby Bowden turned Florida State into a national powerhouse during his 34 years as their Head Coach. Frank Howard, Clemson, and Dan McGugin, Vanderbilt, both spent 30 years at their respective schools too. Frank Beamer is one of the few remaining active head coaches in the NCAA that understands the meaning of job security. He has spent 29 seasons with the Hokies and will retire at the end of 2015.

There are many factors that explain why a head coach in 2015 has very bad odds to remain with one team over a long period of time but the most important is social media. Millions of people use social media as a canvas for judging others, especially college football coaches. Any mistake you make is posted on Twitter, Facebook, Instagram, Vine, and any other social media site they are on. It is like having a magnifying glass on you 24/7. Les Miles once ate a couple blades of grass and still answers questions about it. 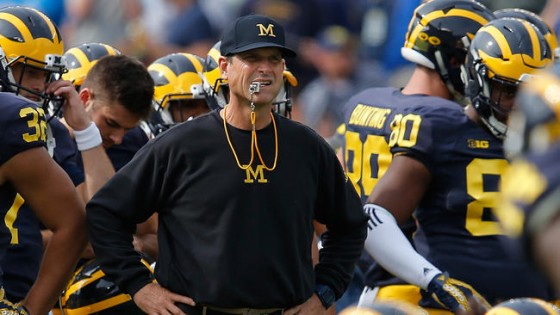 So when it comes to being named one of College Football’s Ten Best Head Coaches for the 2015 season, it’s a huge deal. These men work very hard to win games and bring the fans a National Title. They deserve a little positive recognition. This list is more than just wins and rankings, we considered how much of an improvement they made since 2014 and the level of talent they have to work with. By looking at it this way, we can find the undisputed ten best head coaches in college football. Enjoy. 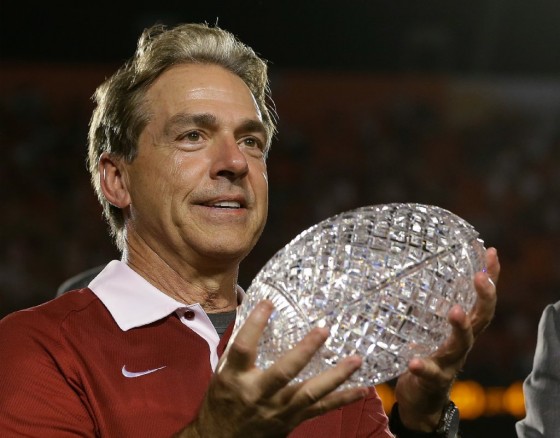 Nick Saban has turned Alabama into a consistent winner regardless of what the preseason polls suggest. He is the best in college football today and will be a member of the top ten head coaches in college football until he retires. He has earned this spot. Derrick Henry is an amazing player and he will find success in the NFL very quickly with his size, power, and speed. Just you watch. 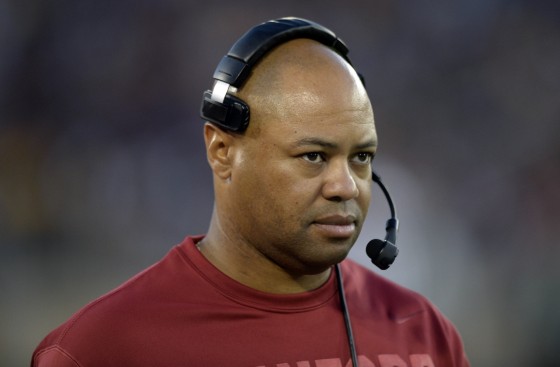 David Shaw was the Offensive Coordinator under Jim Harbaugh at Stanford. He was a career assistant coach up until that point. But when Jim Harbaugh left, he took over and continued the success of his predecessor. With Kevin Hogan running the offense and Heisman hopeful Christian McCaffrey breaking conference records, this offense is rolling at the right time of the year. Remember this, they are one 2-point conversion away from being in the college football playoff hunt. 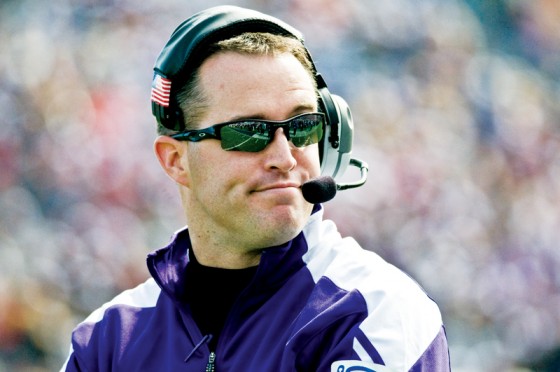 Northwestern is known for many things but football is not one of them. That is, until Pat Fitzgerald was hired in 2006. He has spent the past 10 seasons changing the entire culture of a program that has forever been considered good not great. He has them playing great right now and 2015 is the second time in his coaching career that he has won 10 or more games. 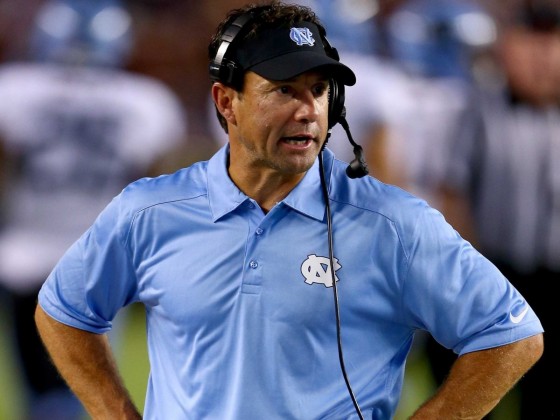 1997. That was the last time the Tar Heels went 11-1. That was under Mack Brown and was the same season he left for Texas. Since then, they have been patching up the football program. Larry Fedora, it is now your time to shine. With an ACC Championship game upcoming, Larry Fedora is within arm’s reach of the best record in school history. North Carolina has never finished a season with 12 wins and he has them closer to it than anyone before him. Clemson will not be easy but he is one of the best coaches in the country and the game should set itself up to be a classic. 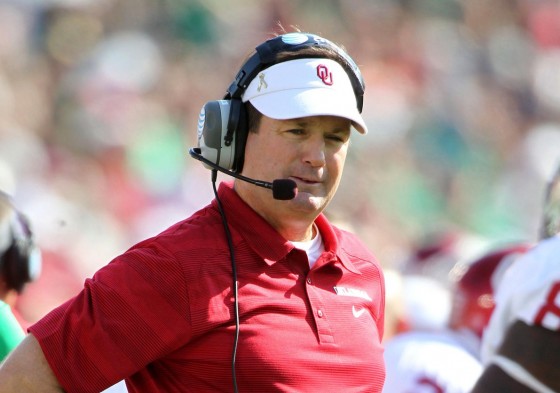 The 2015 seasons marks his 13th time coaching the Sooners to 10 or more wins. It also marks the 11th time he has won more than 11 in a single season too. That in itself is an amazing feat. Before he got to campus, the Oklahoma Sooners were already known as a National powerhouse but even they only had 23 seasons of 10 or more wins. That sounds great but when you compare it to what Bob Stoops is STILL doing, it is amazing. 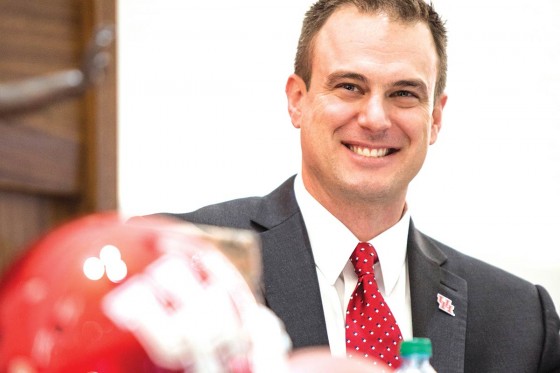 Tom Herman left Ohio State after a great run as the offensive coordinator almost immediately following the National Title from 2015. He has taken the talent that already existed and turned them into a contender especially after their most recent beating of Navy. Too bad they lost to Connecticut, otherwise, they would be preparing for the first College Football Playoff appearance by a school not from a major conference. Tom did a great job and has even started to change the mentality of the recruiting in the state of Texas. 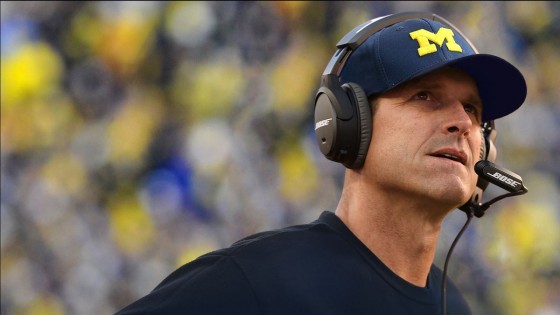 When Michigan hired Jim Harbaugh, fans were excited that they finally have a proven winner at all levels, the NCAA and NFL. But the rest of the country was confused about the contract which will pay him at least $40.1 million over 7 years before adding compensation bonuses. Still think he was overpaid? 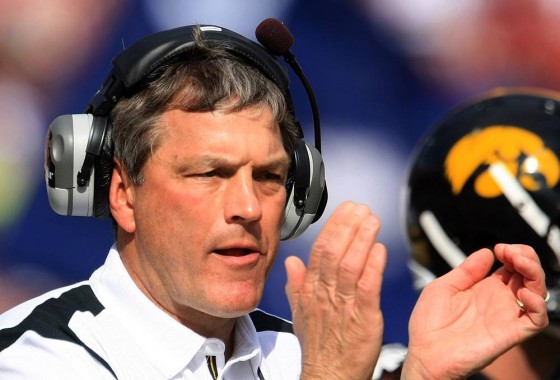 In his 17 seasons, Kirk Ferentz has won 10 or more games in one season five times. Of those 5 times, he has won 11 games three times including 2015. But he has never finished the season undefeated. Now he has a 12 win season on his resume. 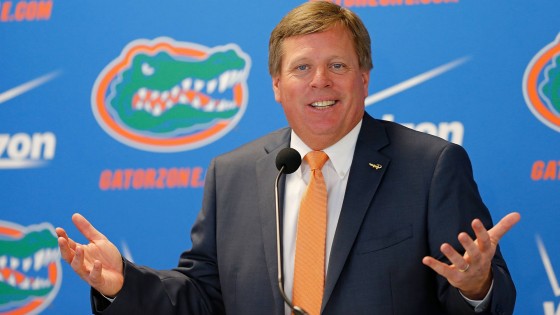 There are several good candidates for Coach of the Year. Jim McElwain is one of the best for one reason, he saved the University of Florida’s football program following Will Muschamp’s unsuccessful tenure. In one season, Jim has turned Florida back into a National title contender. If they would have beat LSU earlier in the season, they would be an easy choice for second best team overall. As of now, if they win out (including an SEC Championship win over Alabama), they will be in the playoffs. Florida finished 2013 with a 4-8 record. After 2014’s terrible run, it was time for a change and no one expected Jim to come in and after only 12 games retake control of the team and win the SEC East. 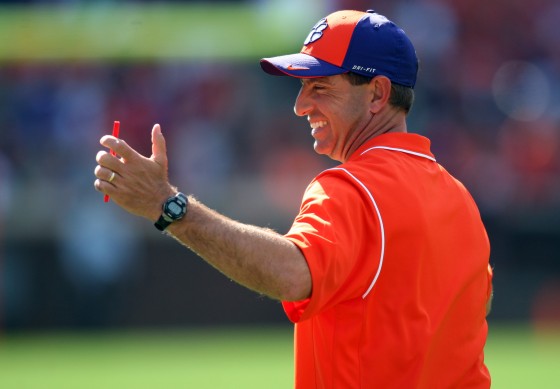 Dabo Swinney might not win the Home Depot Coach of the Year award because the critics think that Jim McElwain has done a more amazing job with Florida than he has with Clemson. But that is a problem. You see, Dabo Swinney has turned Clemson into an ACC powerhouse in his time as head coach. Before he got to Clemson, they won 10 or more games in a season only 7 times. This season, 2015, marks his 5th consecutive year with more than 10 wins. With the amount of young talent he now has recruited and brought to Clemson, there is no doubt he will pass 7 seasons with more than 10 wins. It is finally time to honor the man behind the Clemson football program and everything he has done for it the past 8 years.