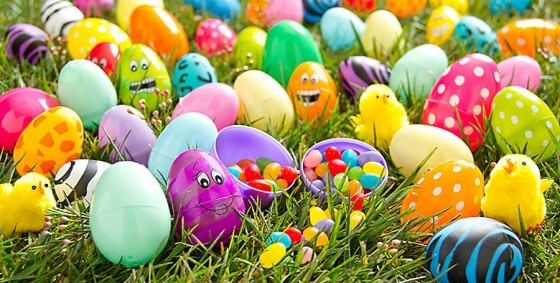 Well, kids, it seems Christmas 2: The Return is just around the bend. Oh, you don’t call it that? Oh, you call it Easter. Okay, whatever, the point is it’s a mere few days away and if you, much like this author, have kids, well then, now is a really good time to start mapping out the best locations for hiding those gross, sticky eggs! Oh, rapture! Unless of course you take the lazy approach and hide those garish, silly plastic eggs, then I guess you just go and do your sinful business on your own time.

We kid, obviously. Plastic eggs are a pretty smart idea and they definitely prevent your house from smelling like a giant hard-boiled fart. Also, you can fill them with small amounts of crap like loose change, candy, and tiny explosives. That being said, there is nothing quite like the pain and anguish of spending hours dying actual eggs. You might as well just permanently stain your entire kitchen with ink and paint because it’s going to look and smell like a colored vinegar bomb went off no matter what steps and preventative measures you take. But I digress… we’re talking about hiding these rascals not making them. So let’s do that. 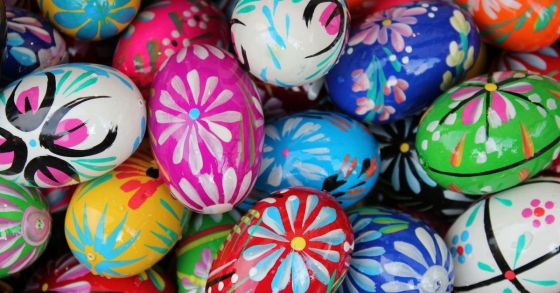 If you’re reading this, chances are you reside within some sort of four-walled domicile, and thus have an inside (with cubbies, closets, cabinets and the like) and an outside with even the smallest of ‘yards’, including possibly a tree, a mailbox location, and maybe even a small park like area. What we’re getting at here is you have some places in which to hold and hide Easter Eggs, and that’s the point. Trust us, you have more cool places than you think. So, if you have one kid or an entire brood, there are at least ten places you can easily find in which you can stash eggs so that those kids have as difficult a time as humanly possible in finding them! Because isn’t that half the fun? Angry, frustrated, screaming children trampling over one another to find a bunch of stupid crap? Yep. It is. Okay, here we go… 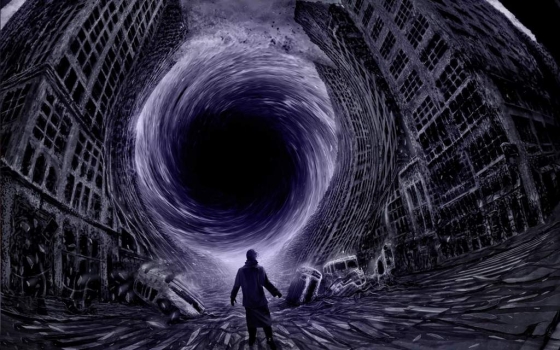 No, really! Your goofy kids will never find the egg you’ve hidden in, like, Narnia or where ever the Hell your Portal Gun opens its space holes. It’s a great idea when you really want to win the hiding contest you’ve got going on with your spouse (much like the recent episode of Bob’s Burgers where they lose an egg in the vent system) and chances are it’s going to be impossible to find. Just don’t use your Lament Configuration to summon that dimension. Pinhead does not have an Eastery sense of humor. 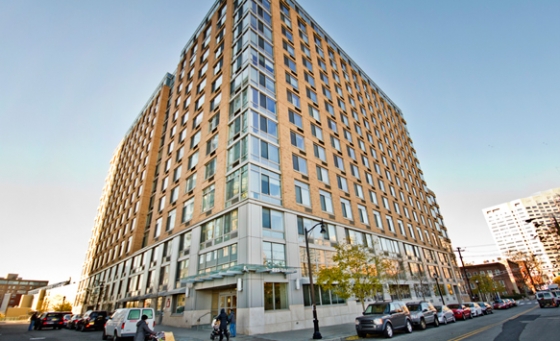 Some of you families out there live in a High-Rise and maybe even on a tippy-top floor. Well, worry not because you can still have all the Holiday hiding fun of the rest of us who aren’t a million feet up. Around your home are nooks and crannies, sure, but right outside your window is a nice little ledge where you can easily stash an egg. Put it really far out there, too, so your kid has even more frightening fun shimmying along the side of the building after it! Maybe tie a rope or something… ya know: Safety first, right?

8) In the Coat Pocket of a Drifter 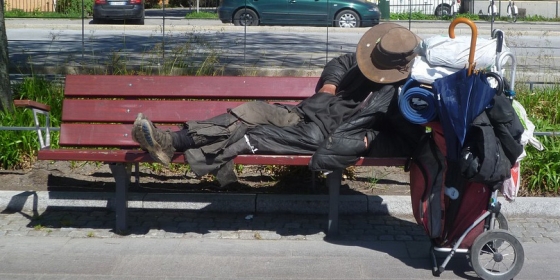 Drifters come and go in our lives. In fact, that’s the nature of the drifter; never hanging around too long, just to eat a sandwich, maybe give the wife a creepy side glance, grab a piece of silverware or two, and head on down the road. Well, while your vagrant is pawing at your good China with his fingerless gloves and his permanently stained fingers, slip an egg into his filthy trench coat pocket and watch the hilarity ensue the next day when no one can find the egg… or your gravy boat.

7) In The Pouch of Your Pet Marsupial 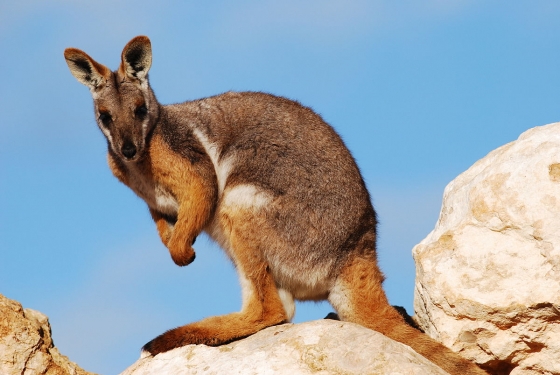 Face facts: you never thought having a wallaby hanging around the place was ever going to pay off. Your griping, snot-nosed little brats begged and begged for some kind of wild Australian animal, and you stupidly gave in and bought them a wallaby. So, in a way, it’s your fault for being so spineless and caving so damn easily, ya moron. Anyway, now that it’s Easter and that wallaby you own does have a pouch… well, put two-and-two together, friend and you know what to do. Besides, your crummy kids never play with the damn thing, anyway. They will never find that egg.

6) Give it to Your Household Poltergeist

Ah, hauntings. What can you do, am I right? You just kind of have to live with them since no actual human has invented a Proton Pack just yet. The ‘cleansers’ did nothing more than just piss it off, and the Church refuses to get involved because, ironically, they don’t actually believe in ghosts. Hypocrites. Anyway, you have this spirit lurking around your house and it does nothing but rearrange the dining room chairs and yank blankets off in the middle of the night. Well, pal, it’s high time you put it to good use. Give it one of the eggs or threaten it with inviting over the Ghost Hunters. Believe me, they hate that show. It’ll take the egg no questions asked. 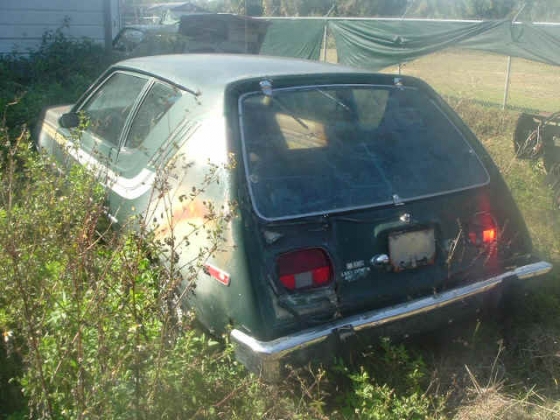 Let’s assume you live in a trailer park. No shame there, fella. It’s a nice neighborhood, and the beat-up double-wide next door only cooks meth on Saturdays, so that’s cool. The kids running around probably have parents and the cat population has gone down from eighty-five to eighty in a few months. It’s all good. Lucky for you, your ’79 Gremlin has been up on blocks for a few years and -despite the overgrowth- does have a nice big tail pipe. Put an egg in it, buddy!

4) In Your Own Digestive Tract 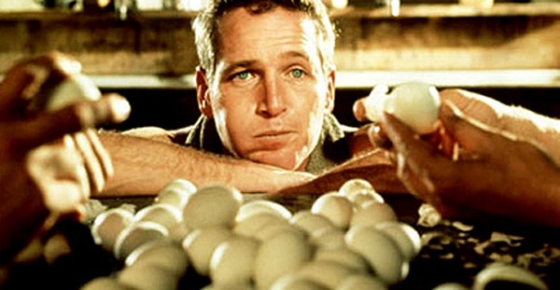 Yes, we mean eat it. Eat the egg. Well, not the plastic ones, stupid. But if it’s hard boiled, eat it. Hell, eat them all! Your kids will never be the wiser and they’ll spend countless hours in a blind panic hunting for nothing. They might eventually guess where they’ve gone when the horrifying egg farts begin to permeate the room, but you can deal with that when it happens.

3) In Your “Special Private” Drawer 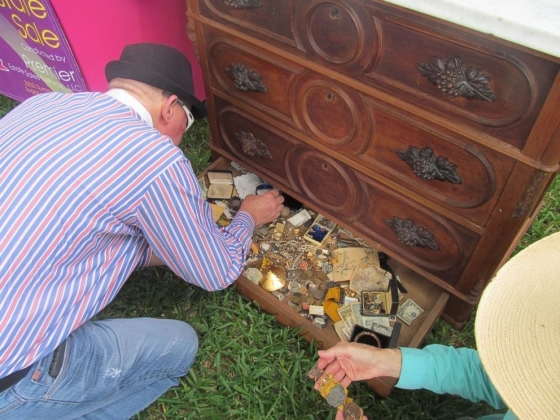 Remember that date you went on with your wife where both of you were still high on peyote? Sure you don’t. But trust us, you did. You got high and went to that ‘Adult’ store off I-94 that sits a bit off the freeway? Yeah, that one. And you bought those really, embarrassingly tight undies with the ‘special pocket’ up front? Wait… hold on. That says DRAWER not DRAWERS. Sorry. Forget all that stuff. Hide the egg in the drawer that has your POG and Garbage Pail Kids card collections. That one. Not the other thing. Never the other thing.

2) In Your Dank, Spidery Crawlspace 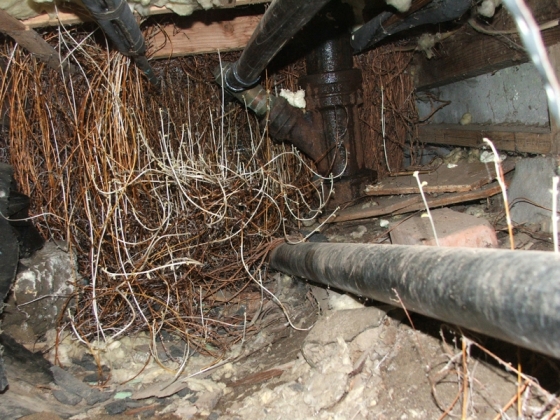 We know you don’t like to talk about the crawlspace. We know it’s your secret place where… bad things went down. We know there are rolls of duct tape and boxes of leaf bags up there. Trust us, we know. And no, we aren’t going to tell anyone. In fact, we’re kind of scared of you, to be quite honest. Anyway, shove that shit aside and hide an egg up there. Just try not to look too nervous when the kid starts rooting around in there. It’ll all be okay if you just chill, man.

1) In a Filthy Toilet 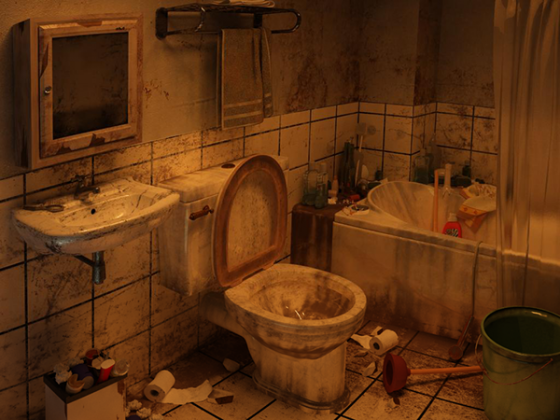 We all know kids hate doing actual chores and won’t even look at a nasty toilet without serious levels of bribery and coercion. And that simple fact is what makes that spot perfect for hiding an egg. You could probably just balance it on the edge of the closed lid and they’d just point at it and stay back as though it were a poisonous spider. But why not go a step further and float one or two plastic ones right in the bowl? Maybe drop a few Fun-Sized Baby Ruths in there just for effect. Let’s not get too gross here, no one needs a Level 9 Poomergency.