Ten Comic Book Characters Whose Words Can Kill You

All over the comic book cosmos, from DC to Marvel to Image and beyond, there are a slew of heroes and villains who can utterly destroy you with just their words and voices. From vocal sonic waves to magic words, the power to kill with an instant of sound is pretty damn wicked. Here are the most well-known super-powered people who you don’t always want yakking at you.

As most everyone knows, The Violator is the clownish antagonist from the Spawn comics. He’s a Hell Spawn of the highest degree (much like Spawn himself, but a shit ton more sadistic). Among his many powers is the ability to use his voice to possess a victim and bend him to his will. Bad clown! 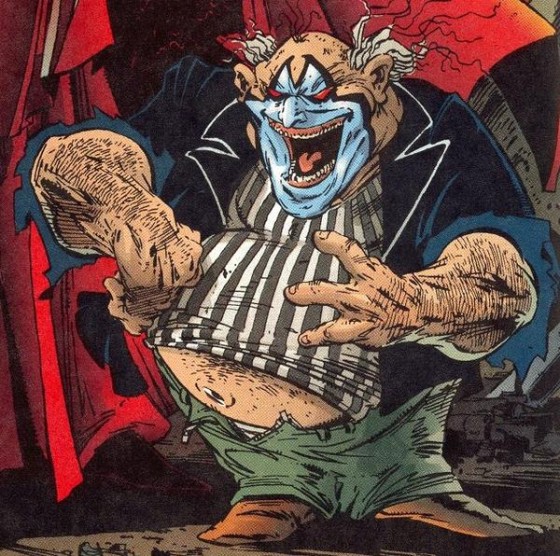 Siryn’s father was the late X-Men member, Banshee, and thus Siryn herself has taken on his name. Her ability to emit high-decibel sonic screams seems to be more prevalent than her dad’s, and she even has the power to vary the pitch to deflect projectiles and make force fields. She’s loud. 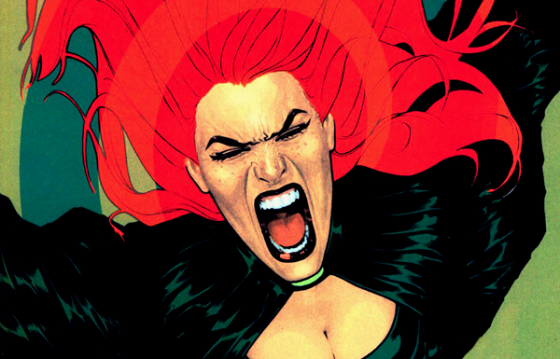 Shriek is a psychopathic bitch who has frequently sided with Carnage to fight Spider-Man. She can harness sounds from her voice or anywhere and use it as a weapon, both controlling it and bending it to her will. In addition, she can hypersonically bend the minds of others as well. Like I said, a real bitch. 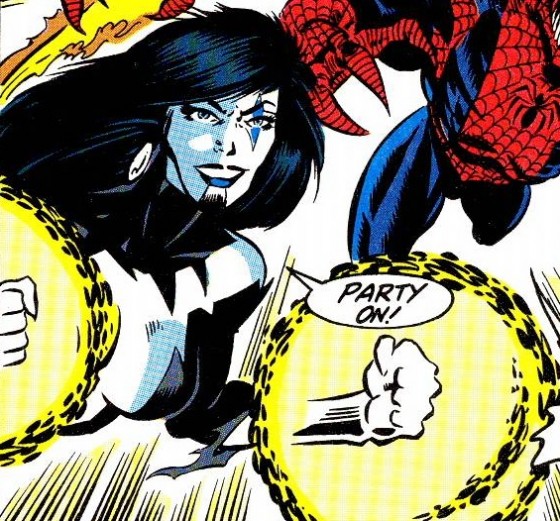 I love when Wikipedia waxes poetic: “Her incredibly strong and destructive hypersonic wails, sonic screams, and sonic yells can kill anyone within a certain range as long as she can see her victim and knows their secret true name.” Wow. That’s impressive. Imagine if she knew my secret name was Dr. Funkenstein? 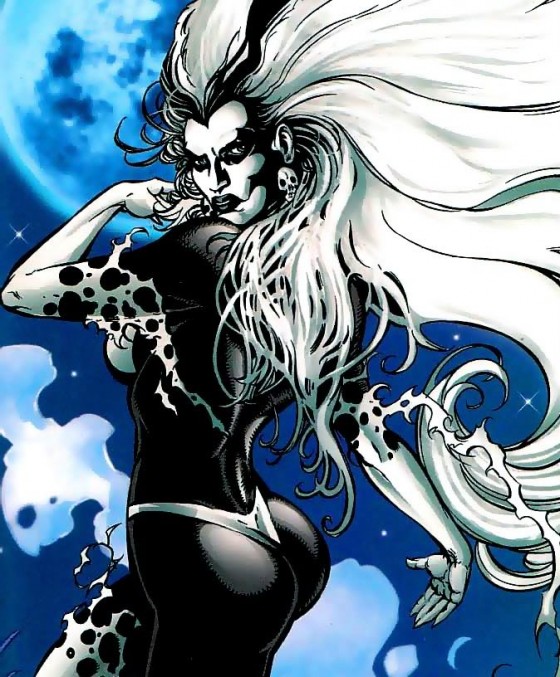 Though most well-known for being one of the first X-Men members, Banshee has had a hand in many of Marvel’s mutant team’s adventures. His ability to vocally produce concussive blasts is legendary. Along with the power to psionically control those blasts, Banshee is one of comic’s most iconic characters. His voice is legend (wait for it) dary! 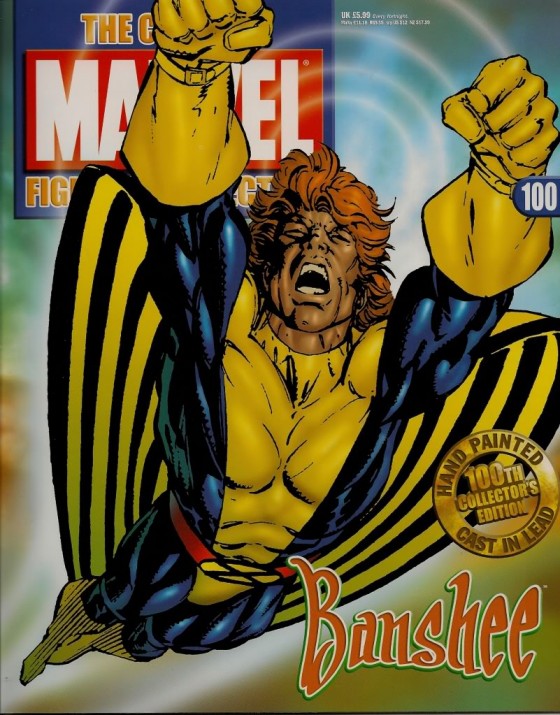 Though there were two Black Canaries in the DC Universe, it’s the second (the daughter of the original) I’m concerned with here, since she is the modern version and extremely popular. Her ‘Canary Cry’ is the result of a metagene mutation that wasn’t present in either parent, and it creates her latent abilities. It’s basically a high-pitched sonic scream that can shatter anything from metals to, obviously, ear drums. Her singing voice is terrible, though. 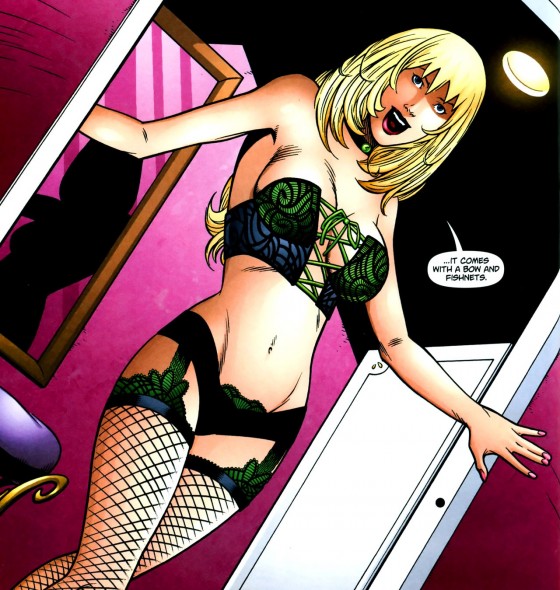 Formerly known as the ridiculously named Screaming Mimi, Songbird is now a member of Marvel’s Thunderbolts. Her scream is so intense it has been compared to a jet engine passing five feet away from one’s ear. That’s damn loud. But thanks to manipulation by Ulysses Klaw, she is now able to form her vocal sonic waves into malleable ‘solid sound’ energy. That’s damn impressive. 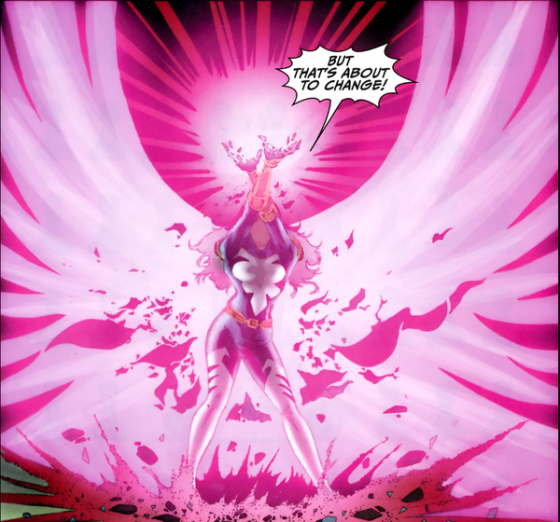 As cool as this Marvel Universe ‘God’ truly is, let’s not forget that his actual name is (and I’m not making this up) Blackagar Boltagon. Yep. Oh well, at least his vocal talents more than make up for it and can seriously kill anyone who pokes fun at him. According to those wacky cats at Wikipedia, “The most devastating of the effects is Black Bolt’s quasi-sonic scream. Because his electron-harnessing ability is linked to the speech center of his brain, any attempt to use his vocal cords triggers an uncontrollable disturbance of the particle/electron interaction field.” So, in other words, this dude has to ‘speak’ telepathically. I wish my kids had that problem. 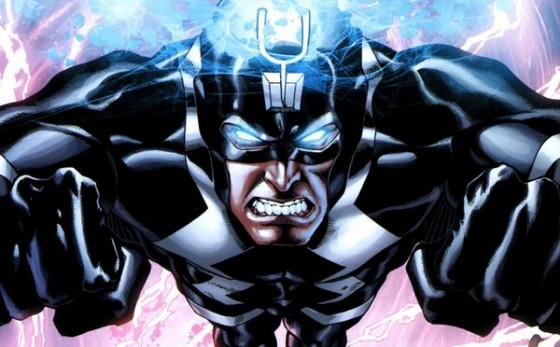 Zatanna is a super foxy magician from the DC Universe. In fact, she’s so super sexy that her outfit consists of little more than a magician’s jacket and fishnet stockings, all finished with a top hat. Damn. Her skills as sorceress are seemingly boundless, though, due to how they work, some limits have been exploited in the past. Her powers stem from her ability to speak spells backward, thus creating nearly anything she wants or needs. Sure, taping her mouth shut might seem like a viable solution, but she can also spell out her spells, so, yeah… screw that mess. 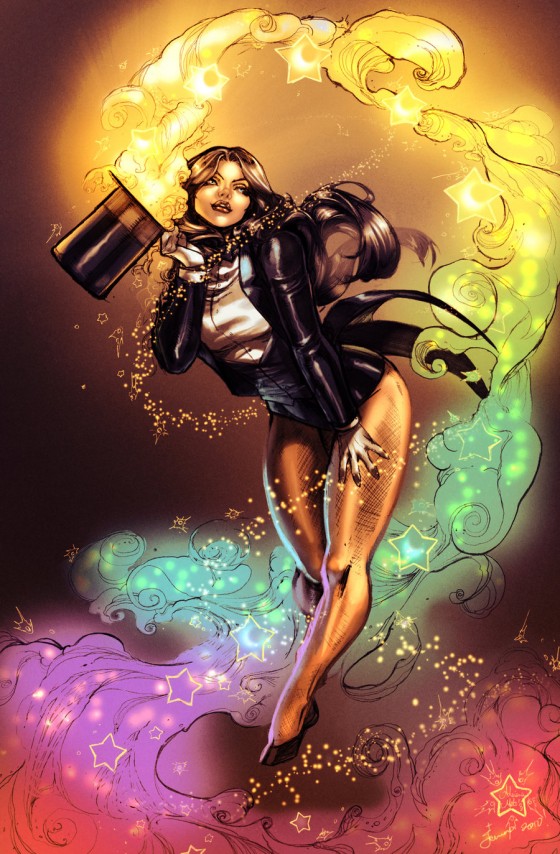 Jesse Custer’s powers are completely unlike any other’s with voice abilities. You see, his are neither mutant nor vocally enhanced… no, his is nothing less than the voice of God. In fact, thanks to the absorption of the spirit of an unholy union between an angel and a devil, Custer’s powers of The Word can literally make anyone bend to his will as long as they both hear and understand him. So sure, potentially foreign folks might not be touched, but, maybe they hear it in their own tongues. Regardless, he once made a guy count sand for years. He’s a bad ass. 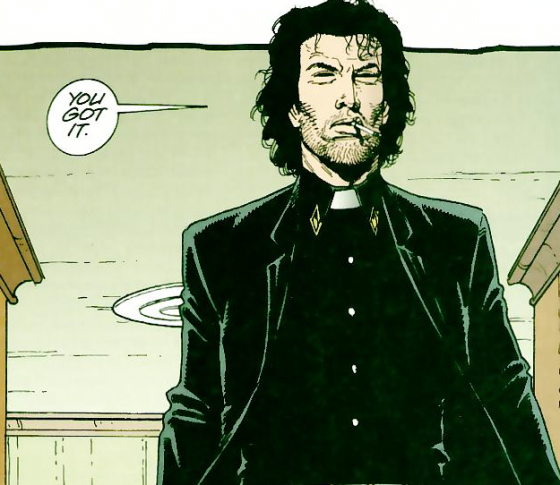