Humor > Lists > Ten Common Workplace Words/Phrases That Should Be Banned 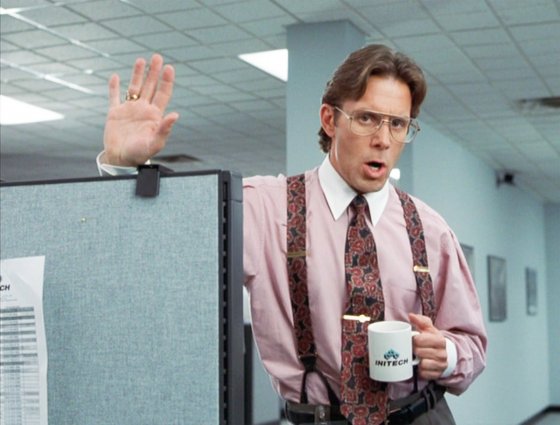 I’ve had the misfortune of holding several shitty jobs in shitty offices in a variety of shitty fields over the years. Some I left voluntarily, while others I was told to leave. I’ll spare you the gory details because they aren’t relevant to the topic at hand. For the record, I never threw a punch, keyed a car or slashed a tire on my way out, but there might have been an incident involving a golf club and windshield… allegedly.

Anyway, one of my favorite things about working in an office environment is listening to the corporate speak and cliches bandied about by bosses and supervisors. Nothing tickles my fancy more than sitting in a pointless, mind-numbing meeting and hearing such pearls of wisdom as, “Ballpark it for me” or “Let’s table this until tomorrow.” I live for those moments, I really do. 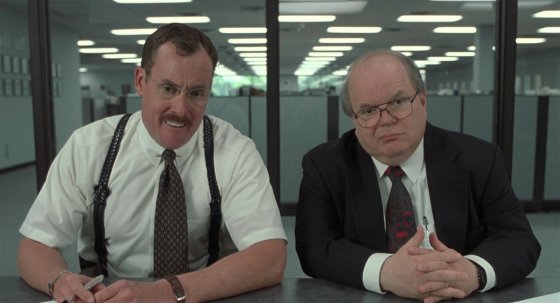 Most of the idiots who use these terms are oblivious to their actual meanings. They drop them into normal conversation in order to sound smart and justify their ridiculous titles and bloated salaries. It must be an effective strategy because in all my previous locales of employment I can’t recall any of these guys or gals getting fired, despite being blatantly stupid and/or expendable.

Nevertheless, I’ve been privy to a glut of annoying quips and phrases in my time. Some are worse than others. Here are ten that should be permanently banned from being uttered in the workplace. Ever. Again. 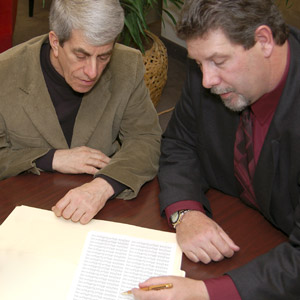 “There’s a plan in place, but before we discuss it, we need to pre-plan.”

Huh? If you’re in a meeting talking about the plan, it’s not pre-planning, it’s planning. The term is redundant nonsense and won’t be missed. 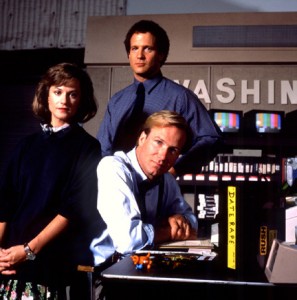 “We are efforting footage of the textile mill fire.”

It’s a popular word around TV news stations and never ceased to make me cringe whenever I heard it cross a producer’s lips. The only appropriate time to use efforting in a sentence is when describing a bowel movement. “Don’t disturb me, I’m efforting a massive dump.” 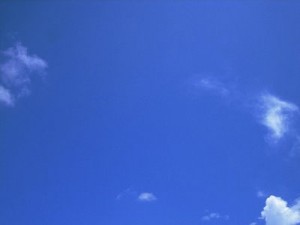 “Let’s blue-sky this for a couple hours.”

The first time I heard this gem I snickered like a school boy. For those unaware, it means to use your imagination. If you’re unlucky enough to hear it at the office, just do what I did. Imagine strangling the douchebag who said it with his own silk tie. 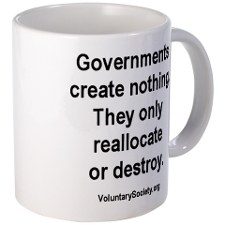 “We need to reallocate resources to another department.”

It’s a smarmy way of telling someone they will be doing a job different from the one they were hired to do, whether they like it or not. Basically, it means Joe got fired and the company is too cheap to fill his position, so Bob gets more work for no extra pay. Corporate America rules! 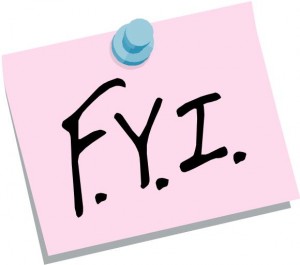 Whenever anyone started a sentence with FYI, I immediately tuned out and began efforting a pre-plan to blue-sky how I was going to reallocate my fist into their jaw. I have my own three-letter abbreviation for those who use FYI. DIE. 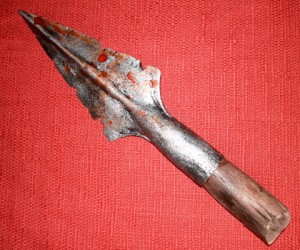 “Henderson, I’m making you point person on this.”

Gee, thanks. Now I can go to my grave peacefully. The last thing you ever want to be is a point person. Get ready for inane meetings with your clueless boss where you’ll be expected to explain crap and answer questions. You’re better off stabbing yourself in the throat with a fountain pen than being a point person. 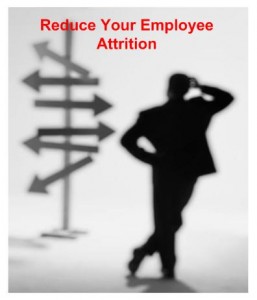 “Attrition should prevent the need for layoffs.”

Some spineless employers purposefully make your job so unbearably awful in hopes that you’ll quit, which will save them the aggravation of firing you from a position that will eventually be eliminated. Isn’t the American Dream great? 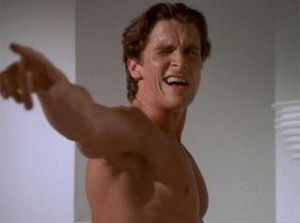 “This looks awesome. You’re the man!”

It’s one of the most phony and overused phrases I’ve ever had the displeasure of being on the receiving end of in my life. It’s meant to be complimentary, but the people who say it are normally insincere asshats who could give two shits about you. 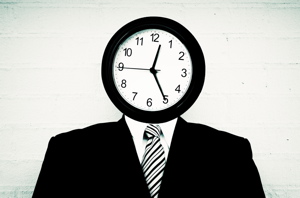 “Make room for some face time with me tomorrow.”

Guys who wear suspenders and frequent tanning beds love the term “face time.” Wanna know what I love? Smashing these guys in the genitals with a bowling ball. Whoever invented this annoyance deserves to be dipped head first into a vat of raw sewage. 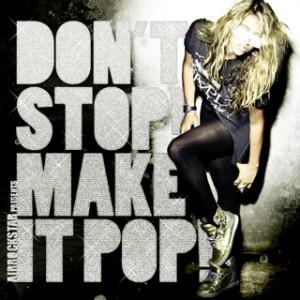 Working in graphic design, you hear this winner a lot. It’s normally reserved for those who know nothing about graphic design. Whenever a suit asked me to “make it pop,” I would increase the thickness of the font by one point. It’s an imperceptible change, but it would trick the morons every time.